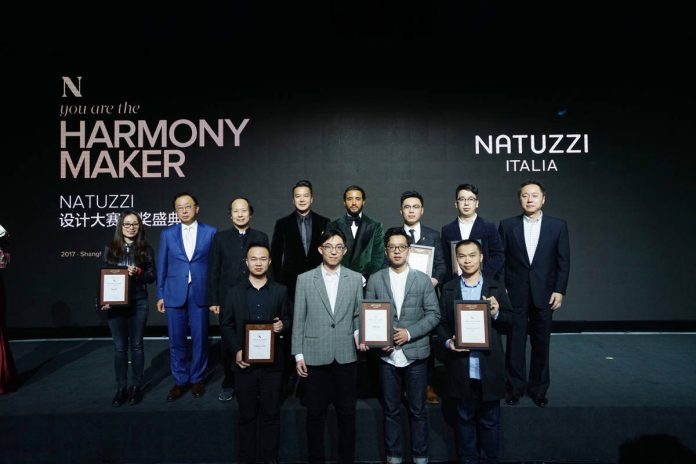 The concept of Harmomy Maker was the theme of the first Natuzzi Design Award, a competition organized as part of the Natuzzi Designer Club project, inaugurated last May to support architects and designers working in China.
Designers from all over the country have been asked to reinterpret the feeling and summarize the idea of ​​living according to Natuzzi Italia, in an interaction of influences and trends that has generated a spreading of suggestions and ideas that renovate the concept of living harmony.

Eight award-winning projects at the “Looking for Harmony Maker” show, held in Shanghai last week, at 1933 Old Millfun, a symbolic image of fashion and creativity in the metropolis.

Winner of the contest, “A Spiritual Home – Natuzzi Harmony Home”, conceived by Liu Shida and Wang Xi, a project that incorporates elements from traditional Chinese paintings into a visual experience between modern and trendy space; a balanced mix between Eastern and Western design, which perfectly captures and represents the mission of this design competition.

Winning works will be exhibited in the Natuzzi flagship stores in China and we’ll also be displayed during the next Milan Furniture Fair.

From a blog to a furniture brand: The Socialite Family turns 10