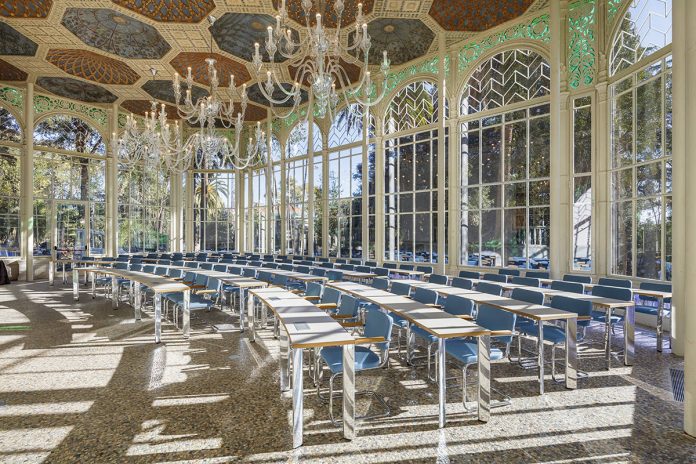 Constructed in Rome and commissioned by the Baron Alberto Blanc, Minister of Foreign Affairs under the Crispi Cabinet, Villa Blanc is a jewel of fin de sièlcle eclecticism, immersed in a park of monumental interest of approximately 39,000 sqm, together with six smaller buildings and a few greenhouses. The first ever reconstruction works to transform the villa into a location of artistic prestige took place in 1898, under the architect Giacomo Boni and the engineer Umberto Mora, both pioneers in the experimentation of new processing techniques applied to traditional materials such as iron, cast iron, wood, ceramics, marble and granite.

After numerous transfers of ownership and controversial allotment attempts, in 1997 Villa Blanc was bought at auction by the LUISS Business School. Reconstruction works began in 2011, directed by the architect Massimo Picciotto. The reclamation initiative also involved the park which had suffered a similar fate to the building for over a decade: abandoned, neglected, with its treasures laying in an inexorable state of disrepair. Works lasted for 5 years and involved important structural overhauls, in addition to the skilful artistic recovery of interiors, in compliance with specifications established by the superintendency.

The Rome based studio XOffice was entrusted with the design and creation of interiors, reinterpreted mindful of the facility’s new educational vocation. Thonet furniture has been used for all interiors. The classical cantilever seats in tubular steel S 64 by Marcel Breuer, designed in 1929 and which went on to become icons of Bauhaus, have been personalised with blue Kvadrat® covers and solid oak armrests, elegantly echoing the main lecture hall’s colour and decorative elements. Tables of the modular system A 1700 Evolution by Uwe Sommerlade feature in all rooms, matching the refined plaster works in ad hoc sizes and shapes, with solid oak and Resopal® melamine.

Giorgetti and the United States