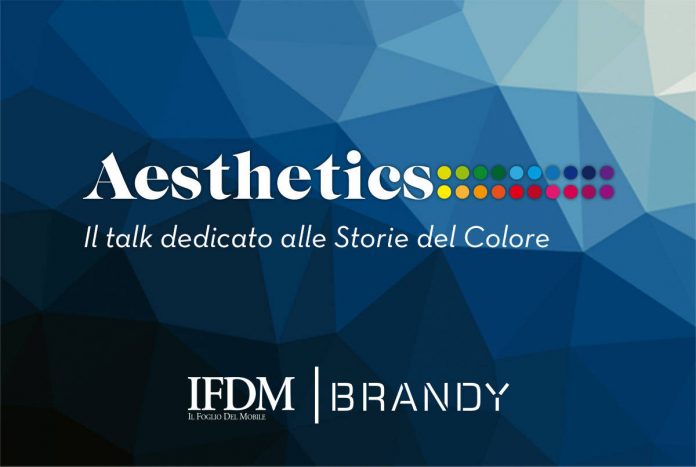 A dialogue among several speakers that connects the worlds of design, interior and trends, which stem from the editorial monitoring system on the industry that is IFDM’s Contract&Hospitality Collectable Book. This is the mission of the Aesthetics event – New Color Stories, organized and moderated by IFDM, at Brandy, where the trade magazine is also a media partner.

Hosted at the East End Studios in Milan on October 18th and 19th, Brandy is a two-day event representing an open-office space for brand strategy, a meeting point for a community of over a thousand professionals who took part to the last two editions, a location where is possible to gain new perspectives and develop enduring business relationships.

Over 20 appointments on schedule with exceptional speakers such as: Andrea Vecchiato, CEO of Lumberjack; Michele Laghezza, Marketing Director of Miele; Monica Astuti, Vice President of Disney Media Sales at The Walt Disney Company Italia; David Arcifa, Senior Marketing Manager at MSC Cruises; Matteo Gori, Managing Director of CucinaBarilla; Sergio Romoli, Industry Lead, Retail & CPG – Western Europe HQ of Microsoft. These are just some of the protagonists who will go on scene at Brandy’s stage to analyze the epochal transformations that are overwhelming nowadays brands, in their sense of value and the heart of the companies, in the broader transversality of the reference fields; represented by the digital technologies both enabling and disruptive (internet of brands), places and touch-point to be redesigned (brand spaces & retail), human resources policies to be redefined (brands & humans), and made in Italy to be rethought.

Within this rich schedule, the appointment with IFDM and its speakers, the director Paolo Bleve and Judith Van Vliet, Color Designer & Vice President of Color Marketing Group, will be in the foreground, portraying the special feature on the Contract&Hospitality Collectable Book by IFDM, dedicated to Color Trends. Alongside the color expert, 20 color trends identified for next year will be revealed, resulting from large-scale research and a thorough analysis of emerging global trends – as well as consumer attitudes and orientations that are affecting society. These colors are revealed in a double episode in the Half Year Book.

The event takes place on Thursday, October 18, at 5.30 pm at the Sala Cobalto of the East End Studios in Milan.

An event to talk about Luxury Rentals

Taste the Architect: the new series by INDEHO

The Permanent Collection of Italian Design can be admired at the...