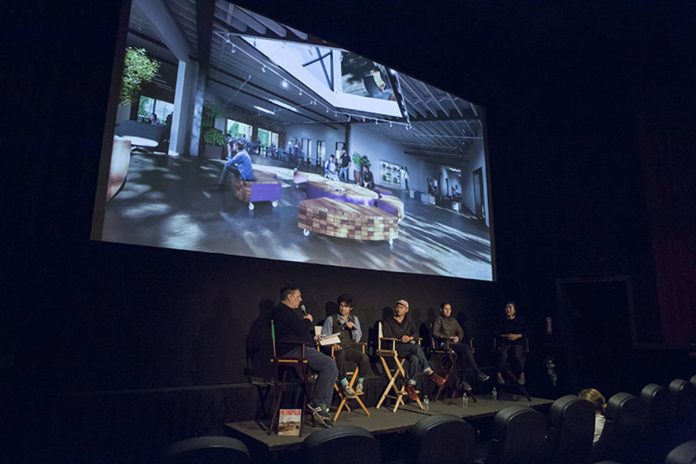 A celebration of the creative spirit which unites architecture and design, through cinema. This is the aim of the Architecture&Design Film Festival (ADFF), now in its ninth edition and which proposes a particularly rich selection of films, documentaries, short films, events and round tables. In virtue of its formula, over the years the festival has evolved into an authoritative platform of meeting and exchange for design professionals and enthusiasts.

The flagship event will take place from November 1st to 5th in New York, at the Cinépolis Chelsea (260 West 23rd Street, NYC), however since July, the festival has developed through a series of corollary events involving cities like New Orleans, Chicago and Seoul. Indeed the capital of South Korea is the venue of  HyundaiCard, an exhibition space where ADFF is presenting a rich programme of events, including three daily film screenings, until October. The space is also the venue for numerous works pertaining to the worlds of architecture, design, cinema and contemporary art.

On 11th October New York will stage the 4th Annual Short Films Walks (SFW). For this occasion, a few showrooms of the SoHo Design Distric, including Artemide, Flos, Flou, Foscarini, Moroso, Gandia Blasco and USM – will be involved in the loop screening of short films curated by the Architecture&Design Film Festival.

Light and Shadows according to Alpi and Mendini