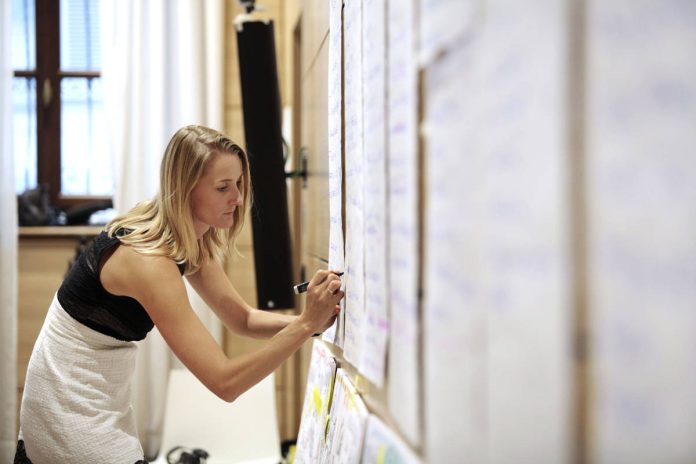 Darker, more restrained, less saturated, contaminated by a social condition and a general emotional state that ‘dirty’ the colors to the detriment to their potential brilliance. These are the colors that will define the trends in 2018, a direct reflection of the future status of global society and of which the first traces are being perceived today.
Uncertainty, distrust, prospects, alternatives, spirituality are the keywords that inspire the new color trends, translated at the chromatic level into shades of dark blue, burnt oranges, muddy olive green and brick red, to mention just a few.
These are the tendencies that stand out from a large-scale survey and an in-depth analysis of the emerging global movements – in addition to the attitudes of consumers and the orientation of society – by ColorWorks®, a branch of Clariant, and its five centres (São Paulo, Chicago, Merate, Taiwan and Singapore), which every year produce a “guide” to colour trends for the coming year: ColorForward.

A color palette, made of 20 different colors, identifies just as many major lifestyles, related to four social behaviors, recalled through four stories.
2018 appears to be the year of change that will leave behind intense blues, magentas and pinks that surround us in 2017, colorful expressions of the cultural propensity for psychedelia, relational multiplicity, digital information and solitude – understood in the opposite sense of seeking warmth and intimacy (issues that we tackled in the previous two books).
What seems likely in the future, however, is a “nomadic” outlook linked to the generations – not only the young – who seek new opportunities by travelling; a closer affinity with spirituality, including in traditionally less susceptible areas like the modern west world; a marked opening up to the Nerd culture, as much a “fashion” as a requirement to tackle the industry 4.0; finally, a heartfelt plea for greater sustainability, not only in environmental terms but also of life.

Longitude, Latitude, Altitude; Nerdylicious; Through the Mirror; NewMorrow are the four Stories of ColorForward 2018 explained to us by Judith van Vliet, designer of ColorWorks Europe/EMEA (BU of the Plastics & Coatings section of Clariant) and Vice President, Communication & PR of Color Marketing Group, in a double episode, Spring | Summer and Fall | Winter, for an exclusive preview dedicated to Color Trends.

Forget the usually, introvert nerd. The latest generation of technological wizards personify a new social dimension, completely up-to-date and even esteemed. They are passionate, curious, proud of their intelligence and ability to find alternatives to everyday problems. What has changed?
“Nerds are the new ‘Social Black’, explains Judith van Vliet. “They haven’t suddenly become cool, it’s that the world is now coming to them, out of necessity. One of the major drivers of the trend is, in fact, the development of industry 4.0, that involves for example a heavy automation and data exchange in manufacturing environments.”
This trend talks about the professions of the future, supported by STEM Education (Science, Technology, Engineering and Mathematics), undergoing rapid growth in the USA, China and Europe and since recent years it involves an increased number of female students. According to the U.S. government’s Student and Exchange Visitor Program, the total number of active female international students studying STEM in the U.S. increased more than 68% from 2010 to 2015. It is therefore no longer mainly a male prerogative to be a nerd.”
It is not surprising then that fashion too has been influenced: checkered shirts, spectacles with large lenses, bandanas; a trend that its popular above all in Japan, where it has been given the name “unstylish anime nerd look”.

This new culture is translated in chromatic terms with some of the most saturated and bright colours of 2018: a red called Passion::Obsession, where the double colon indicates that passion equals obsession, which drives nerds to seek new solutions; a dingy white called Alberting Out! (a tribute to Albert Einstein) “dirtied” with a touch of black, that recalls the colour of laboratory coats; a dark grey, toward red, a very warm colour that represents programming, coding and hacking, and is therefore called cout<< “Hello Nerd!n”; to recall (with the word Nerd replacing World) the string that appears when a new programming language is learnt; Penguin in the water is an ice colour, green toward blue, symbolising the social condition of nerds, disoriented like penguins on land but completely at ease in the sea, in their own habitat. Lightning Boot, finally, is yellow toward orange, which very much evokes the Japanese manga “Saint Seiya: Knights of the Zodiac”, much read by nerds.

“A new tomorrow” is the subject tackled in this story: the point of departure is the lack of sustainability in the today’s world and our way of living. The climate is constantly warming, the distribution of food is so unbalanced it creates a billion obese people and, conversely, a billion suffering from malnutrition, large rivers are drying out before they can reach the sea.
The issues may not be new but the approach of the latest generations pressing for change is different. “Generation Z, young people aged between 13 and 16, have realized that if they want something to change, they must not wait for governments and institutions to act but bring it about themselves,” continues Judith. “We are talking about small, ‘bottom-up’ initiatives within a global society that no longer trusts the current system. It is a strong movement but it is difficult to see its immediate results because it starts from the people.”
There was a spectacular initiative by Xiuhtezcatl Martinez, 16 years old, leader of the environmentalist NGO, the Earth Guardians, who sued the American State for “violation of the constitutional rights to life and liberty” due to the use of fossil fuels. Of equal significance is the fact that certain businesses are rethinking the concept of pollution: the Smog Free Tower, devised by the Dutch architect Daan Roosegaarde, cleans the air by filtering the smog, which is then crystallized in small stones to be reused for creating jewels; or Air Ink, the ink designed by the Indian start-up, Graviky Lab, made from the particules from car exhaust fumes.
One of the key terms of this ‘soft rebellion’ is therefore “resourceful living”, along with positive anti-corporate, slow living activism and Duomo or Cathedral Thinking, that is, a ‘long-term’ way of thinking like that of the architects of the past.

The dark blue of Marea Nera (with shades recalling oil pollution, the color from which the trend begins) gives way to the soft orange of Get up, stand up!, an exhortation of the new generations who want to change the status quo. Then compare the olive green, toward brown, entitled Primordial Soup, generated by the desire to sweep clean and start from zero; the concept of Duomo Thinking is expressed by Puramìs (a pyramid in ancient Greece), the color of marble and stone; the sage green of Système-D is a representation of sustainable living, of change, of the informal, underground economy, therefore, the anti-corporate sentiment driving this trend since “today’s values have changed, the financial status is changing to ideological status.”