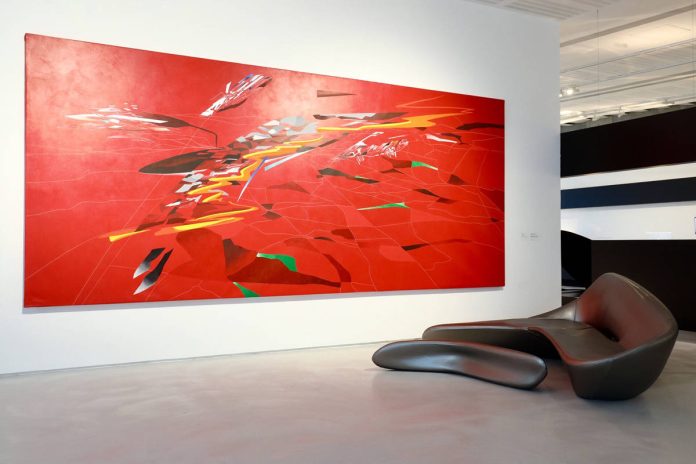 B&B Italia sponsors the “Zaha Hadid in Italy” exhibition, organized by MAXXI, Museo nazionale delle arti del XXI secolo, in Rome, as a tribute to Zaha Hadid – one of the most important and influential figures in contemporary architecture – inaugurated on June 23.

To pay homage to the Iraqi architect, one year after her untimely death, the museum showcases her most iconic Italian projects, from the sketches to the three-dimensional cardboard models, including the virtual representations and the research projects in the most various fields, as well as  drawings and architectural paintings.

In 2007 the collaboration between B&B Italia and Zaha Hadid led to the creation of the Moon System, a sofa-sculpture consisting in a single block that contains, as if “sculpted”, the backrest, the seat and the armrest. A pouf, perfectly echoing the concave shape of the seat, matches the sofa. The polyurethane coated cover that highlights its “lunar”  shape as well as its fluid,curved and dynamic shapes characteristic of Zaha Hadid sign make Moon System ideal for both private and public spaces.

In 2010, the Studio Zaha Hadid Architects chose the Moon System for the opening of MAXXI, to furnish the museum’s hall, and today is one of the key pieces of the exhibition path dedicated to design within the “Zaha Hadid in Italy” exhibition, which will stay open until January 14, 2018.

The inspiration of SaphirKeramik by Laufen