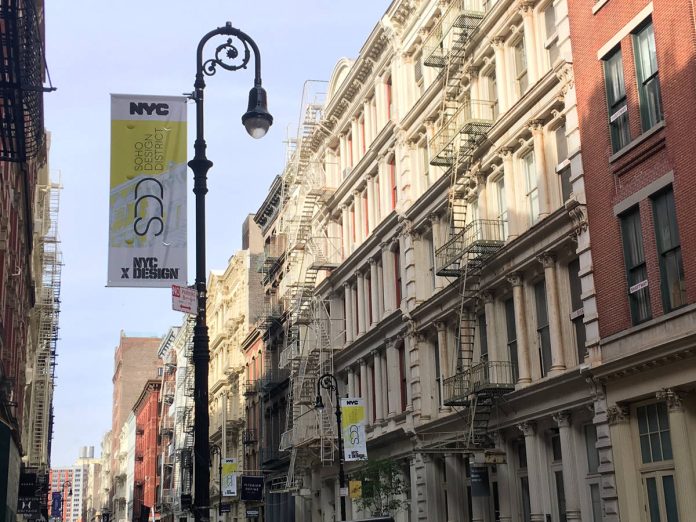 The New York metropolitan area contains over 7,500 design studios and 50,000 full-time designers – who bring the city a total tax revenue of 555 million dollars – as well as ten design and architecture studios and double the number of graduates compared to every other city in the US. Given these figures, it is no surprise that NYCxDESIGN has grown in content, size and popularity. The initiative was launched in 2013 by the New York City Economic Development Corporation (NYCEDC) as a collaborative platform for cultural and commercial events spread across the city’s five boroughs which relate to every area of design: furniture, product design, technology, graphic design, interior design, fashion, architecture and landscape design. Now in its fifth edition, the New York ‘month of design’ was officially inaugurated on 2 May 2017 at Brooklyn Bridge Park and will feature, up until 24 May, a plethora of events in the locations in the city that best represent the vast design community: from museums to studios, to the design districts of Madison Avenue, Brookfield Place, Tribeca, NoMAD, Canal Street Retail Market, Seaport Design District and SoHo, just to name a few. A large number of Italian brands are present and involved in the program, particularly concentrated in the SoHo Design District: Artemide, Cappellini, Cassina, Driade, Flos, Flou, FontanaArte, Foscarini, Kartell, Luceplan, Moroso, Poltrona Frau, Toscoquattro and Valcucine, alongside international companies such as Blackbody, BluDot, Flor, Fritz Hansen, Hästens, Gandia Blasco, GAN, Ingo Maurer, Lasvit, Lee Broom, Modular Lighting Instruments, Nanimarquina, Original BTC, Rich Brilliant Willing, Studio Anise/Rolf Benz, The Rug Company and Stepevi. From 21 to 24 May, SoHo Design District will also be present at ICFF with the collective participation of 26 companies with 30 brands in one stand (#2879) designed by the b-havior studio.