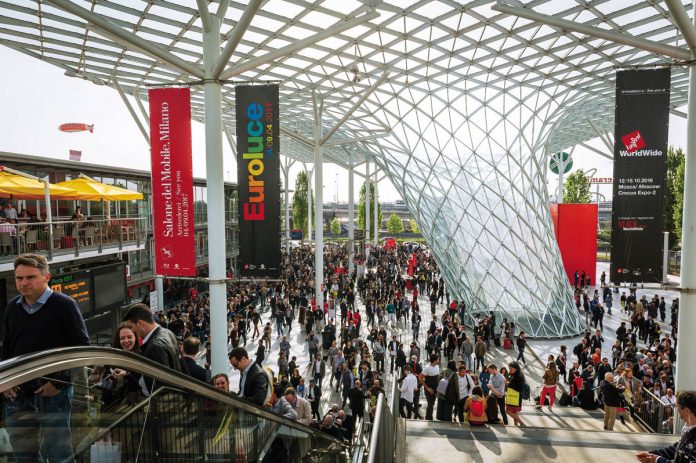 The estimated value of global production of furni­ture in 2016 was 395 billion US dollars, according to the World Furniture Outlook 2017 of Csil (Light Industry Study Centre). China’s exports are increasingly dominating the international panorama even though expansion there has undergone a slight slowdown. After doubling the 2009 value in 2015 with 53 billion dollars, in 2016 exports “stalled” at 49 million. Beijing is confirmed as the queen of the furniture world, at least in terms of quantity. Next come the historic Italian and German exporters, followed by Poland.
The importance of China is also destined to increase in terms of procure­ments, together with the whole Asia Pacific region, which will not however succeed in raising the average growth in global consumption in 2017 beyond 3%.
The uncer­tainty of the international picture weighs heavily on the forecasts, which have to take into account the first year of the Trump presidency in the USA, the development of Brexit and the political elections in a number of major European nations.

In Italy, furniture had a positive year and moved further away from the period of crisis. The growth in the domes­tic market (+1.3%, according to Csil’s 2016 preliminary results) is limited but reassuring. Exports are good, with growth of 2%, which stood up to the weakening of de­mand outside Europe. According to Csil’s 2017-2019 fore­cast report on the furniture sector in Italy, uncertainty will continue to dog the industry in the coming year. It will be difficult to repeat the gratifying performance of 2016; greater caution in family expenditure is already being seen. Exports will depend on a forecast increase in demand in the Middle East, which will be offset, how­ever, by the continuing stagnation of the Russian market. The expected increase in sales abroad is 1.8%.

On the production technology front, the power of the fourth industrial revolution is also being felt in the furni­ture sector, which should be favoured in 2017 by hyper amortization at 250% on investments for the machine connectivity laid down in the National Industrial Plan 4.0 launched by the government,

Not only production but sales will increasingly be han­dled digitally: according to the Digital Innovation Moni­toring Centre, e-commerce is set to flourish in furniture, having reached a value of around 370 million euros, equal to 2% of the entire national on-line market.

From homes to hotels: design expansion in Middle East