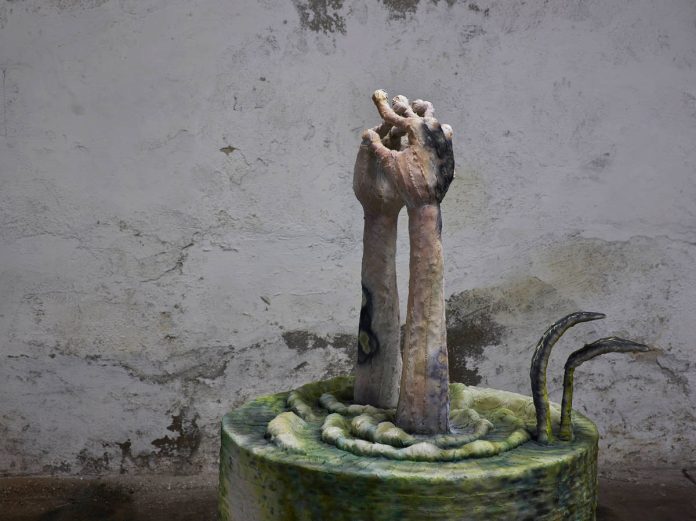 “I strongly believe in debate and interchange between the arts: dialogue raises the level of awareness and brings sharing and new knowledge; the exchange helps to appreciate and better understand the reciprocal languages,” said Patrizia Moroso. Precisely because of this conviction, the company’s art director began this process in 2003 through the site-specific installation of the artist Michael Lin.  After other meetings with artists, the Moroso award was created in 2010 from an idea by Andrea Bruciati with the support of Patrizia Moroso.

To select the 3 winners, finalists were asked to create a project designed for the Moroso ambience, but also for museums and institutional contemporary art centres.  For the final stage of the award, a new international commission will be presented, composed by Fabio Cavallucci, the director of the Centre for Contemporary Art Luigi Pecci, Martino Gamper, designer, Amanda Levete, architect, Jovain Jelovac, art director Beograd Design Week; Piero Gandini, art director FLO.S

The 3 winners will be revealed during an exhibition to be held from 28 April to 4 June 2017 at the Ethnographic Museum of Friuli di Udine, in collaboration with the Department of Culture of Udine, Civic Museums. The exhibition will bring together the works of the 12 finalists with works by 12 artists selected from among the winners and runners up in previous editions.

Dimorestudio: the alchemy of fabric

The new design studio by Nanimarquina