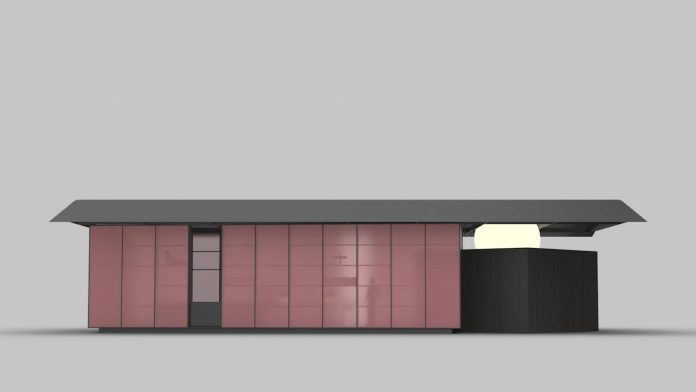 Pragmatic, minimalist, inquirer. The main features of Todd Bracher’s projects are entirely applied within Das Haus 2017. As Guest of Honour at Imm, he received the task of giving a new interpretation to the contemporary living.
The New York designer – an authoritative firm for important brands such as Cappellini, Fritz Hansen, Herman Miller, Swarovski, Zanotta – is starring the sixth edition of Das Haus – Interiors on Stage with his spacious architecture and linear design, so different from his predecessors: take for example Sebastian Herkner’s fluidity of shapes on 2016 project or, even before, Neri&Hu’s introspective journey for their home concept.

Todd Bracher designed under a suspended roof two solutions connected to each other but totally different – a big space with shelf units made of semitransparent casing and black cube, with a light ball that seems to be placed over like a moon. In a corner, a shower area and bathroom.
Bracher opposed to the traditional concept of the three rooms “kitchen-bathroom-bedroom” a vision of space that flows into each other: one for dining, another for relaxation and one for personal care. A concept that translates his particular vision of contemporary living.

Architectural Creativity on Display in Venice