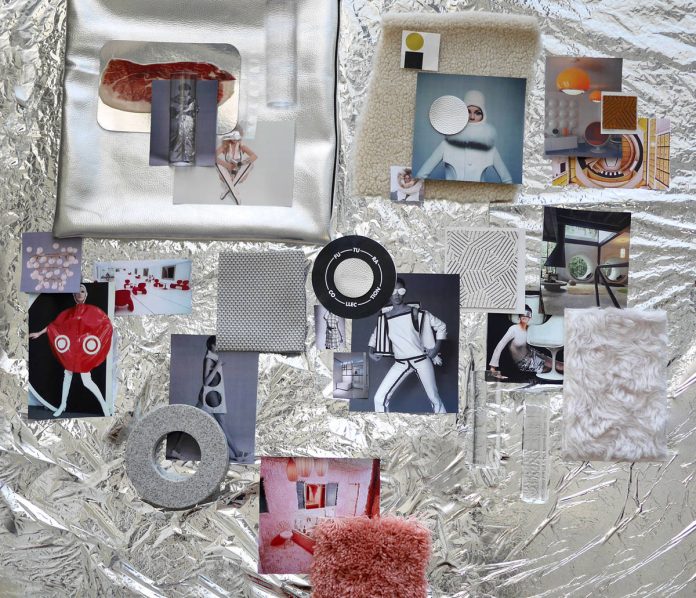 Sancal involved five design firms – Nadadora, Studio Mut, Sebastian Herkner, Rafa García and Note –, for five new series plus two line extensions, in the Futura project, a collection that revisits the ’60s and celebrates the highly optimistic vision of the future which, during those revolutionary years, stimulated not only emerging industrial design, but also many other areas of economic, social and cultural life.

Futura (future) like John Cage’s music, clothes by Paco Rabanne and Pierre Cardin, and space age scenarios, like design by Eero Aarnio and architecture by Oscar Niemeyer and Mies van der Rohe, a better future that is increasingly accessible.
In a retro-futurist perspective, contemporary design is seen through the lens of the ’60s. At a historic moment that will potentially bring new horizons, the collection suggests a positive idea for a liveable and fulfilling near future: architectural and well-designed lines, bold colors, high-quality materials, comfortable and enveloping forms, modular and complementary elements.
The most surreal and iconic tones are present in the collection of object-icons reinterpreted by the Número26 duo, José Ángel Rodríguez Corral and Miriam Hernández Ros.

Among the new series, Rafa García presents the Obi sofa system, a name derived from the Japanese term that identifies the fabric bands, which are sometimes padded, used to tie kimonos. The sofa has a high back, deep seat (up to 130 cm), soft padding and different modules that can be combined to make it as comfortable and inviting as possible. The sofa is elevated from the ground with wooden or methacrylate feet for a ‘floating’ effect.

The first collection by Valencian firm Mut for Sancal, Dúplex, is a tribute to the timeless work of Mies van der Rohe and Frank Lloyd Wright, presenting a series of ‘double-decker’ tables with geometric designs and different heights which, combined one on top of another, create ‘miniature architecture’. The structure, which is available in a wide range of colors, is made from lacquered metal and the marine wood table tops can turn into interchangeable trays.

Sebastian Herkner is also featured among the designers of Futura with Vesper, which comes in the wake of the Talo chair family designed in 2013. Tables and coffee tables of different heights and sizes with the same base: the round top balanced on a sort of spherical, smooth ‘stone’, made entirely from Stonacril*, a composite material that mixes acrylic resin and minerals.

Sancal’s longstanding collaboration with the designers of Nadadora continues with the new Tortuga series, an ‘interior group’ consisting of a lounge chair, footstool and coffee table, in which the extremely graphic silhouette is offset by soft, enveloping upholstery in leather or Febrik and Qvadrat fabrics, with the addition to the range of the Silla40 chair. Designed in 2014 in 4 different versions to celebrate the company’s 40th anniversary, it is now also available in versions with metal feet and armrests.

The Tonella series by Swedish firm Note has also been expanded, with the addition of an armchair and sofa to the chair inspired by the design of the Marie Antoinette vanity chair, a classic part of French furniture history and of the Spanish company’s early productions, which it presents with a base formed of thin metal slats and abundant coloured padding.

Clouds by Kvadrat and the freedom of composition

Poetry and rigour by Scavolini