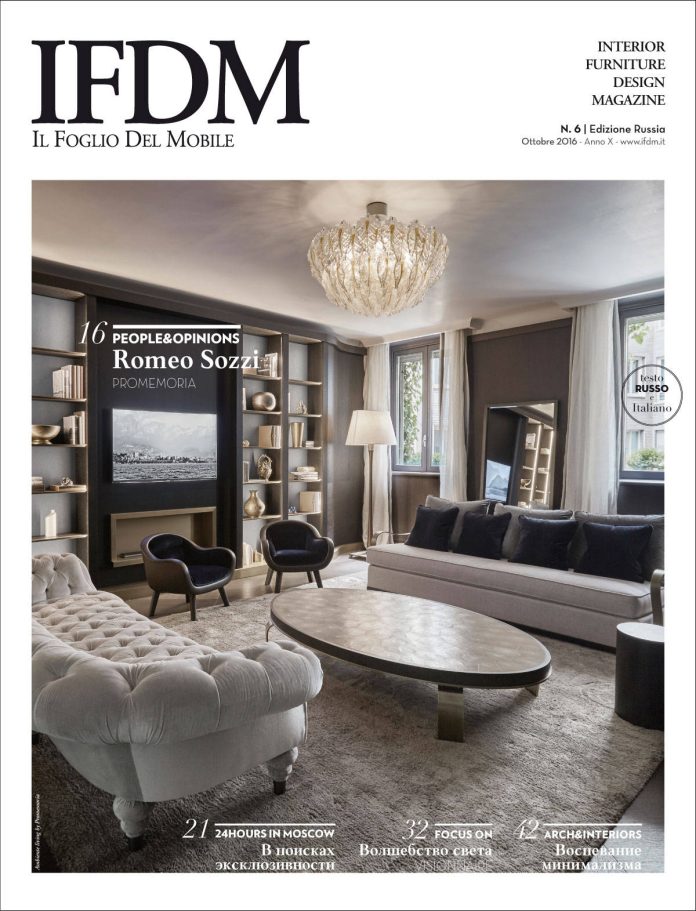 It is now eleven years since a relevant group of companies decided to set up a Russian exhibition, by following in the footsteps of the Salone del Mobile and distinguishing itself for superlative quality and excellence in furnishing solutions. Again this year, from 12 to 15 October 2016, iSaloni Worldwide grabs the attention of over 36.000 trade operators, press and professionals within the most important event in furnishing sector for the Russian market, the neighboring regions and the former Soviet Republic countries.

The exquisite taste of the classical collections together with the elegance and the sophistication of more modern furnishings have here witnessed glorious moments, bringing the Italian furniture industry to conquer a remarkable position in its fifth most important country in terms of export.
International relations, cultural exchanges, political agreements and a constant presence in the Russian market – which nowadays reaches over 26 million of wealthy citizens – have played a fundamental role to develop today’s Moscow exhibition, where the magnificent Russian “culture of living” is now oriented to more contemporary interior solutions.

Since 2008 IFDM is proud to attend the appointment with a special issue in Russian, fully dedicated to iSaloni Worldwide and its inherent dynamics both economic and related to the latest market trends.
In this issue we have interviewed Romeo Sozzi – owner of Promemoria – who looks confidently to the future despite a drop in volumes recorded in the last period; he confirms the overall positive trend disclosed by IFDM in October 2015 with a simplification in taste and a slow but certain approach to a more essential design. All without omitting the extraordinary wealth of materials. Furthermore, also the young talents showcasing at Moscow SaloneSatellite prove to be promising interpreters of a design more open to innovation and creativity.

Certainly the Russian match in the last few years hasn’t been easy, but today at Crocus all the best players are ready to take on new challenges and score incredible points.
IFDM reached iSaloni WordlWide Moscow with the Russian Edition, in distribution during the event, as well as being present at lounge areas and in the rooms of National, Lotte e Mercure Arbat luxuty hotels in the city, with its Room Service.

From Cologne to… Cologne