Maximum Pop. Provocative Gufram and unconventional Andy Warhol continue to influence contemporary culture, this time in a shared action. Thanks to collaboration between the Turin-based company, which has shifted the limits of industrial design from the 1960s onward, and the Andy Warhol Foundation of Visual Arts, a leading institution for contemporary art in the United States, new versions of the icon-object Cactus come to life.

Andy’s Blue Cactus®, Andy’s Pink Cactus® and Andy’s Yellow Cactus®, each in a limited edition of 99 pieces, are made by using the original mold from 1972, and then finished by hand by skilled artisans for the 2165 (appx.) polyethylene nubs covering the surface, making each piece unique. The finish is in Guflac, a special coating patented by Gufram, to conserve maximum flexibility and softness. 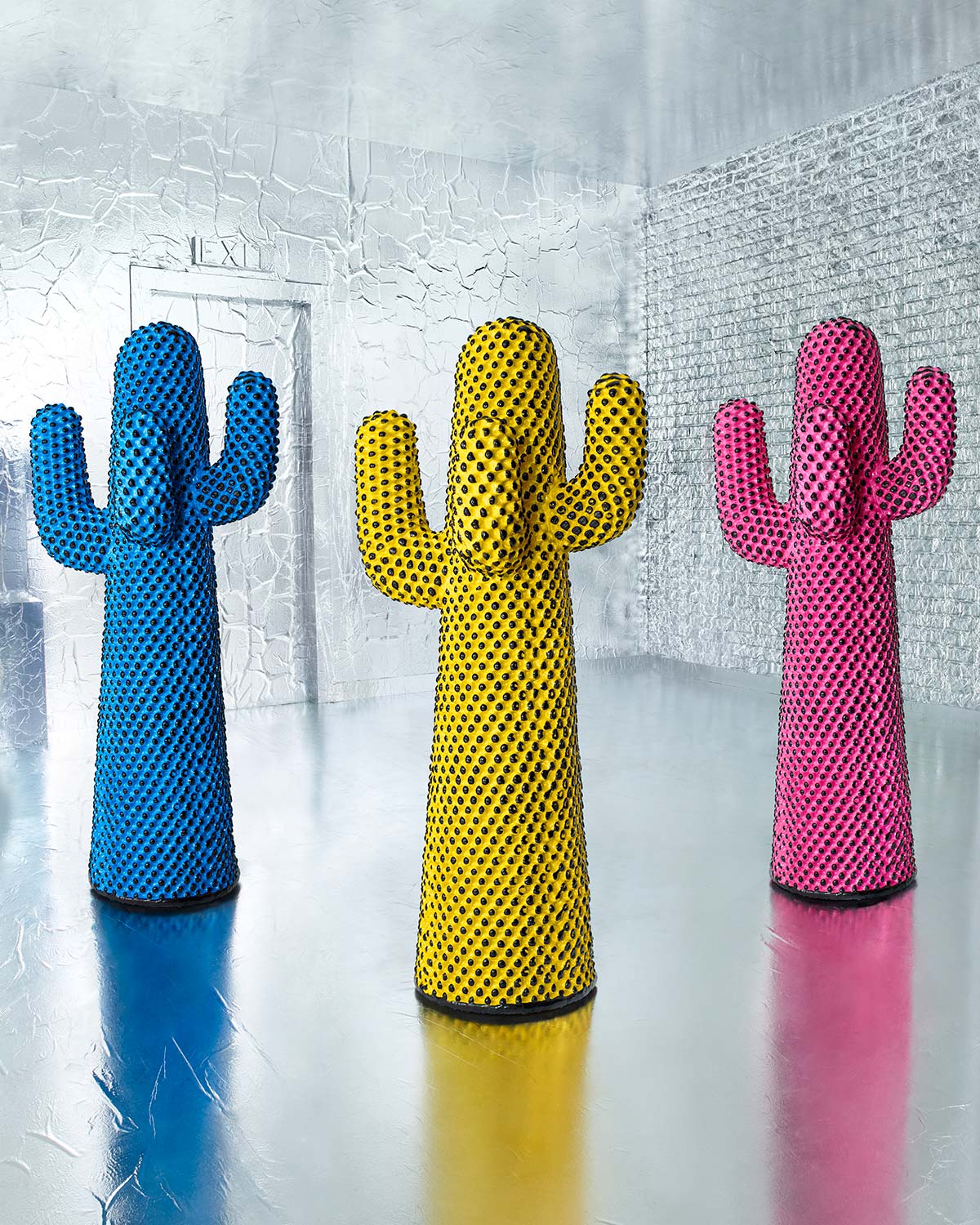 “We began by imagining how Warhol would have depicted Cactus – says Charley Vezza, “global creative orchestrator” of Gufram – and then we made a 3D version, working on a trio of typical Warhol colors and emphasizing the nubs in black, as in one of his silkscreens. The more I see it, the more I can imagine Andy, in Turin in the 1970s, who enters the Gufram workshop and emerges with a product just like this. Or maybe not!”.

The three new editions celebrate the 50th anniversary of Gufram in the exhibition “50 Years of Being a Cactus” at the Triennale di Milano during Design Week, from 3 to 12 June. Above all, with the Foundation – based on Warhol’s own wishes – they share the values of creative expressive freedom made of contradictory projects, and the experimental artistic approach that still sets an example for new generations of artists.

“The Foundation is proud to collaborate on this special project,” says Michael Dayton Hermann, Director of Licensing, Marketing and Sales of the Andy Warhol Foundation of Visual Arts. “The creative vision of Gufram has transformed the iconic silkscreen technique into an unexpected 3D object.”

Sicis dresses up the interior

Emu and FAI, together for culture