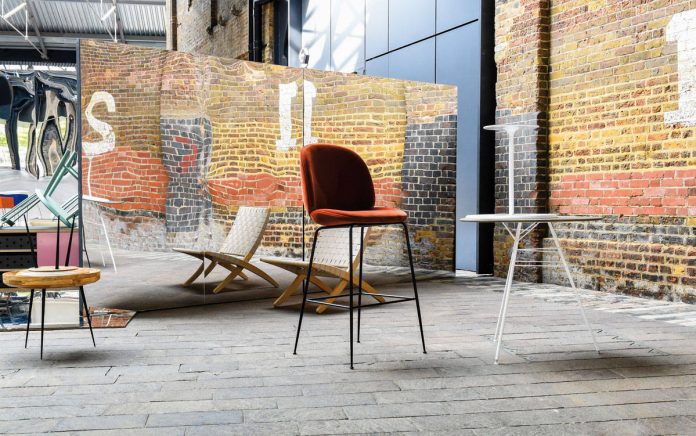 It is the 24-hour city, the city where the sun never sets and where every idea, however strange, becomes reality. Recently, the city saw the opening of “The Bunyadi”, the first restaurant that takes a primordial approach to eating food, with completely naked diners and clay plates. The city is also the location of the world’s first experiment in 3D catering, the Food Ink pop-up restaurant, where everything is created by three-dimensional printers, from chairs to tables and from appetizers to dessert.
And it is here in London that the London Design Festival will be held from 17 to 25 September: the highly-anticipated event that attracts visitors and enthusiasts from around the world and aims to exceed the 2015 record of 375,000 people from over 75 countries.

“This year’s theme,” reveals the director of the event, Ben Evans, “is Future Living, the ideas and materials that will change the way we live.” British designer Asif Khancommunicates and represents the future with a large installation: an engaging, hybrid environment, where urban and domestic, as well as private and public merge to create shared, convivial spaces.

There are many new additions at the 2016 edition, the first to be organized since the “Brexit” vote: Kensington Olympia’s Pillar and Upper Pillar Halls are hosting the debut of LuxuryMade, a new brand show dedicated to outstanding interior solutions with a selection of brands including Lasvit, Cassina, Poltrona Frau and Zimmer & Rohde.
Another major development sees designjunction moving to a new, vibrant “home” in King’s Cross, with a packed schedule of displays, design exhibitions, retail experiences and workshops on the theme of “Immersed in Design”.
In addition, many other side-events will contribute to making the British design week unique, animating the lively, colourful London streets: the events in Chelsea and Clerkenwell, Decorex International at Syon Park, 100% Design at Olympia London and the London Fair, which unites Tent London and Super Brands London under one umbrella at the Truman Brewery in East London.

Events that we explore in depth in the following features and in the next days, “on a virtual tour” for navigating the design destinations.

IFDM reached the London Design Festival with the Contract&Hospitality Book | Fall Winter, also with the London on Design supplement entirely dedicated to the london design week, both distributed at the Press Gallery of designjunction, 100% Design, LuxuryMade, Decorex and at Chelsea Harbour.

Clei. A multiplication of spaces

Walking around the city

The keywords of Salone del Mobile