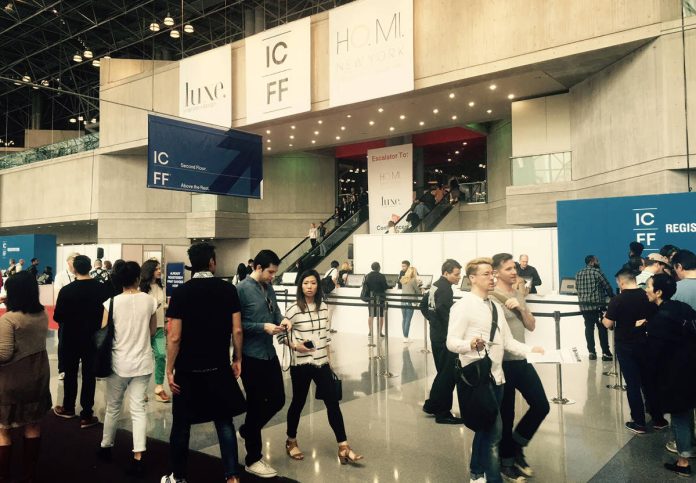 The 29th edition of ICFF opened its doors on May 14 (end 17) and confirmed its leadership in the market of the events dedicated to the design and furnishing of North America. The 15.000 square meters that host over 750 exhibitors from all continents have welcomed the army of architects, interior designers and buyers (it expects more than 33 thousand) who traditionally visit the event. The total DNA of ICFF fits perfectly in the hectic New York Design Week, full of events and coordinated by the NYCxDesign.
Traditional proposals for the residential market have been joined even those for the contract and hospitality, confirming that the two worlds are getting closer and that companies who plan products and solutions for both realities are constantly increasing.
The return to ICFF of ASID (American Society of Interior Designers) as education partners, enriches the event of important training for designers and students.

ICFF has announced the dates of 2017 (May 24th to 27th) but also launched a new challenge: on 5th and 6th October the event will be at the Convention Center in Miami, for a two-day exhibition in the city  – in addition to New York, along with Chicago – that is one of the centers of attraction for the American market design that looks beyond its borders.

The design of Abitare Gonzaga