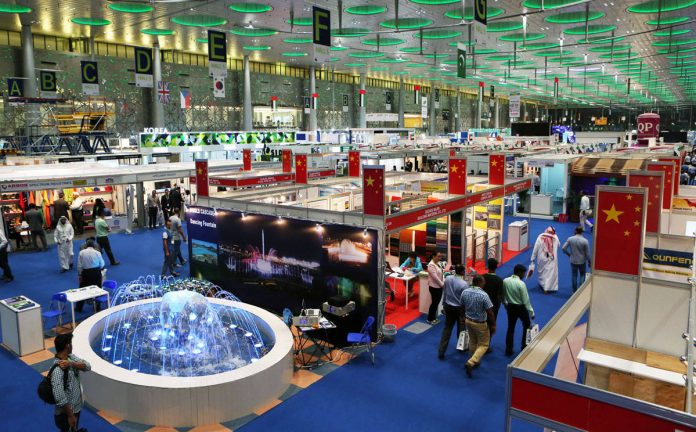 It ends today Project Qatar, which took place at the Doha Exhibition and Convention Centre under the auspices of HE Sheikh Abdullah Bin Nasser Bin Khalifa Al Thani, The Qatari Prime Minister and Minister of Interior. The 13th International Construction Technology and Building Materials Exhibition was officially inaugurated by His Excellency Sheikh Ahmed Bin Jassim Al Thani, Minister of Economy and Commerce and the opening cerimony counted officials and high-profile diplomatic figures from the 37-country partecipants.

Among the large number of events, yesterday – on Wednesday, May 11 – the free site tour allowed the exhibitiors to visit Lusail City, part of the municipality of Al Daayen; the tour illustrated the development plan of the city, which includes marinas, residential areas, island resorts and others luxury projects.

«Project Qatar 2016 attracted this year a huge number of professionals and decision makers from around the world, eager to network and explore the most state-of-art technologies in the construction industry. The event has proven once again this year its role as the leading construction exhibition in the gulf region by providing exhibitors and visitors with the latest insights and trends of the industry», said George Ayache, General Manager of IFP Group that organized the event.

Workshops, conferences and debates followed one each other during the four-day exhibition; Sustainable Smart Cities (by Qatar Green Building Council), Project Analytics Training (by Excelledia) and Modular Scheme (by the British Standards Institution Group Middle East) are only a small part of the workshops, which was particularly carful to the sustainability concept.

Mr. Rashed Nassir Sraiya Al Kaabi, Vice Chairman of Al Sraiya Holding Group (sponsor of PQ) concludes: «Project Qatar has proven to be yet another success with an extraordinary turnout and we look forward to accomplishing a new millestone in the years to come».

From IFDM to Brera Academy of Fine Arts: young talents in...

The legacy of “la ville lumière”