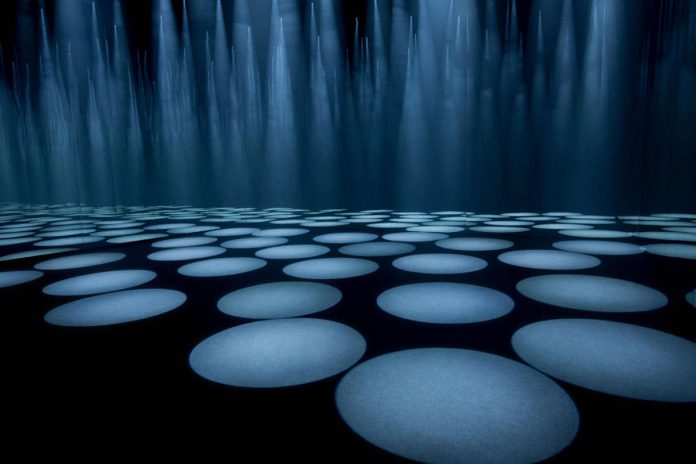 The colleboration between COS and creative architect Sou Fujimoto is embodied in Forest of Light. Promoting an installation that strikes an emotional chord with the public, the company is enlivening Milan Design Week for the fifth consecutive year. The Japanese architect took inspiration from the fashion brand’s Spring/Summer 2016 collection, reworking it in an evocative space where light is the undisputed star.

According to Fujimoto: «The COS pavilion represents the purest realization of the forest concept, which is not static. Light and the visitors interact with each other and this synergy creates a link between fashion, space and the forest like a form of architecture». Beams of light penetrate the dark atmosphere like abstract trees, designed to come into contact with the viewer. A light blanket of fog, combined with mirrored walls and musical motifs specially designed for the environment, have contributed to creating a sense of confusion for anyone who crosses the threshold of the Cinema Arti. The venue is located in the San Babila district and was built by architect Mario Cereghini in the thirties, an exciting period for Milan from an artistic and architectural point of view.

Martin Andersson, head of the COS men’s collection, accredited Japanese architect Sou Fujimoto for having coherently encapsulated the brand’s aesthetic in an installation «that simultaneously boasts special simplicity and a surprising approach». The company has had a long-standing admiration for the work of the architect, who has collaborated with institutions including the Serpentine Gallery, Frieze and the Donald Judd Foundation through the creation of “negative spaces” where borders gradually disappear.

The debut of Richard Ginori at Salone del Mobile