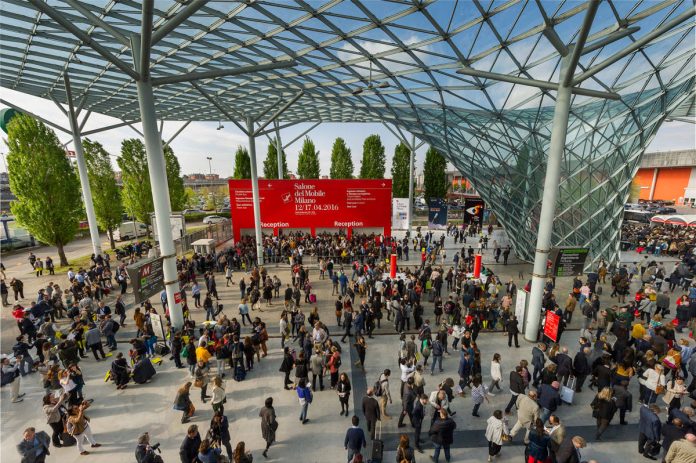 An absolutely positive outcome for the Salone del Mobile: in its 55th edition, the Fair registered 372.151 participants, a new record figure for the most awaited event in Design sector. A 4% increment has been noticed, compared to the last edition of the Kitchen and Bathroom Biennial exhibition in 2014.

The event has become more and more international and had this year a 67% of foreign attendees, high-profile operators with strong purchasing power; Roberto Snaidero, President of Salone del Mobile.Milano, underlines «The importance of Export as an essential element in the sector». An aspect supported by the excellence in terms of creativity and production of Made in Italy.

The great relevance of the Fair is confirmed by the wide range of visitors, not only professionals – during the 16th and 17th of April, the two days of opening to the public, were counted 41.000 presences.

Among the guests of honour, also Italian Premier Matteo Renzi. The Prime Minister participated to the award ceremony of the SaloneSatellite Design Award, on Wednesday, April 13th; at its 7th edition, the contest was won by Studio Philipp Beisheim.

The German proposal, Inflatable Sidetable, seduced the Jury with its functionality and material innovation (based on Hypalon fabric).

Second and third prizes were assigned to the Japanese Bouillon – for Warm Stool – and the German Studio Nito for Bobina Chair; a special mention to Frank Chou Design Studio (China), Imagine (Japan) and Klaas Kuiken (Netherlands).

Numerous initiatives were organized within the Salone and in the city: from the exhibition Stanze. Altre filosofie dell’abitare (Rooms. Other new living philosophies), hosted during the event at the XXI Triennale Internazionale, to Before Design: Classic, at hall 15, which offered a new interpretation of classic furniture with a contemporary flair; finally, passing through the event Space&Interiors – realized in collaboration with MadeExpo, based on a project by Migliore+Servetto Architects – dedicated to interior finishing.

Art and design, a tale of affinities