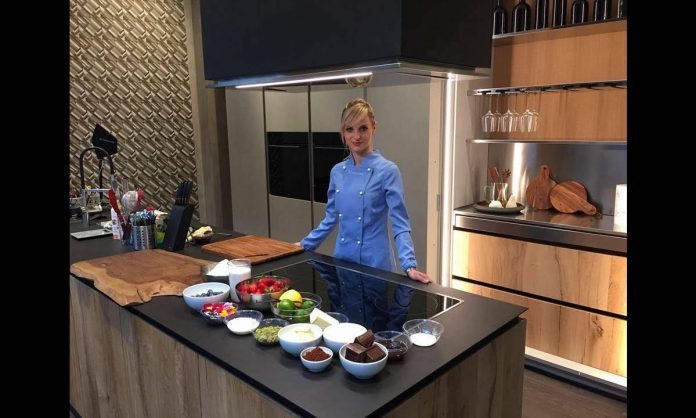 On Monday 11 April, the FuoriSalone events began at Design Week in Milan, a day ahead of the opening of Salone del Mobile and the Eurocucina, Bathroom and Accessories fairs. For the kitchen sector, the first showrooms to open their doors were the flagship Del Tongo and Boffi stores, along with the Agape 12 showroom in the Brera Design District and those of Toncelli, Ernestomeda and other renowned brands in the city center. Boffi presented notable new products, namely the Code system, designed by Piero Lissoni, a project for both the kitchen – represented by a stunning fossil wood island – and for the bathroom, and the AH16 outdoor kitchen monoblocks by Alessandro Andreucci and Christian Hoisl. The three variants of the new KS system created by Giulio Cappellini and Alfonso Arosio were showcased at the Del Tongo flagship store in Via Solferino. Toncelli opened its first flagship store in the highly central Via dei Giardini, a global benchmark for the Tuscan brand, which, at its location in Milan’s fashion district, was inspired to create the wooden inlay mosaic of the new Wine Column. Aster Cucine, with its Domina collection which reinterprets the archetypal curved design, and Zampieri, with its new Segni and XP systems also opened on Monday. Throughout the week, all the other major names in the kitchen industry hosted themed events and showcooking to effectively present their new creations. Like the Kitchen Garden Revolution held at Rossana’s flagship store, which was staged with new kitchens designed by the architect Massimo Castagna, the brand’s art director: K In, finished with magnificent marble cladding, and Essenza, a kitchen clad with precious swamp fossil wood. Snaidero exhibited its new Look kitchen at the Misura Casa showroom and the historic Idea 40 kitchen, by Pininfarina Design, at the Reflex Showroom, where the preview of the Pininfarina Home Design collection was also presented. The Arrital showcase in Via Melchiorre Gioia featured the AKB_08 project, a result of the collaboration between the chef Andrea Berton and the architect Franco Driusso, while Arclinea presented Principia, by Antonio Citterio, which inspired the event entitled “Function and ritual: the kitchen is architecture”. There were also several appliance industry events at Fuori Salone, including Miele’s The Invisible Kitchen, which emphasized the new equipment’s blend of design and digital technology, while on Friday 15, the high-end Swiss brand V-Zug ended the long showcooking fair at the NHS (New Home Surface) exhibition, dedicated to new surfaces and automation technologies, where the Swiss company’s high-tech ovens, provided for the Radice Arredamenti kitchen, allowed two chefs to cook a full menu. Finally, the Make It Wonderful exhibition was worthy of note: designed by Carlo Colombo for the Franke Group, it celebrated the exclusive appliances of the three brands – Faber, Franke and KWC – with artistic images by the photographer Pietro Baroni.

The design alchemy coming from Singapore

The forms of water