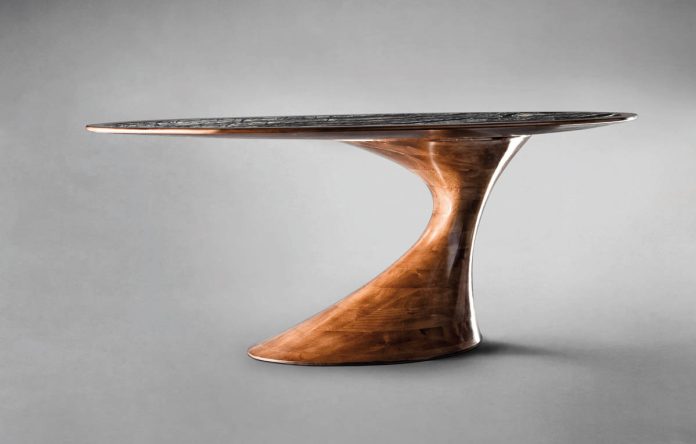 How did your long and successful story begin?

Our story dates back a long way, it began around 200 years ago, thanks to the work of my family. In a rural setting, they used to repair furniture for the Milanese nobility. Initially they only did this for the Milanese, but then, with the arrival of motorisation, they started to do so for other nearby cities too. The work was always done to a high level, bringing about a new profession, for one to learn, which over time became less and less about simply finishing things. Working on objects to make them beautiful soon led to workings being more refined and to more general learning, allowing for the integration of production and planning. From this point, the trade gradually began to assume a different professional authority, as we started to create our own pieces. The first commercial expansion was in Italy, but since my father was lucky enough to study German, the first links were made with Berlin after World War Two. This was an important step which directed us towards the German market first of all, then to Europe and then worldwide today.

What is the style which characterises you today?

I would say that today, in general, we favour classics revisited with a modern angle. In our catalogue we try to maintain an elegant and sober balance, between relatively rich production, though always avoiding excess, and that which are more contemporary. It is difficult now to diversify from what has already been done, and that is another reason why I like to try and reinterpret a style with modern influence, through careful and strange combinations, using unusual pieces or materials. Also, for certain design companies, there is the influence of classic hints. This could lead us — and I hope this does happen — to move more in the same direction, at least in the case of companies offering a similar level of quality. Then of course, you cannot avoid personal taste, in certain situations, for instance that of a customer. This was what happened with the Prince Palace in Abu Dhabi, where the size of the spaces and the opulence of the rooms meant that furnishing had to be rich and well thought-out, and fitted well in that setting.

What do you think about the new xLux pavilion for the Salone del Mobile and the “new” style it will host?

I think it is indicative that more and more people want to surround themselves with a certain type of richness, also from a visual perspective: shapes, colours and details which, particularly in emerging nations like China and Russia, are really appreciated. China, for example, looks for the manifestation of a certain state of well-being which, though previously represented by fashion, is now represented by furniture brands which have links with fashion. Therefore, it is certainly an interesting area of taste, which is offering up incredible results. We have overtaken Germany when it comes to exporting furniture to China, and most probably thanks to this type of product. This isn’t the only one, however. We are expecting a lot, from now on, in terms of evolution in the Chinese market.

So the Chinese market is one you are targetting?

I think it is a market that you cannot underestimate. It is one to be respected, for its culture and traditions. I don’t think Chinese people should be “educated” in our taste , nor should we teach them how they should furnish their homes. I think, instead, that they should be guided in their demands, so that we work together to marry their historical remnants and our own.

And Before Design: Classic?  Does this event offer a new approach to what is classic?

Without question. It expesses a new vision, of contemporary-classic style. This year, Federlegno Arredo Eventi has finally invested more in our sector. We have therefore thought of a new way to involve companies, at least a representation thereof, and we have sought to do so with a captivating and non-traditional angle. That’s where the idea of the short film by Matteo Garrone and the display event came from. Together these have sought to interpret the new classic style. The project has been enthralling. It will go around the world and I am very happy about it.

The recognition is important and I hope it’s the start of people viewing this sector differently. It is by no means irrelevant, at least from a numerical perspective!