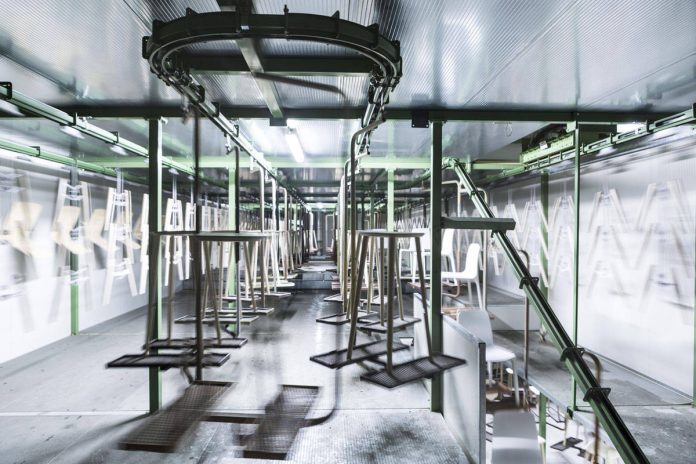 Pedrali reorganizes and expands its production unit in Manzano in occasion of the tenth anniversary of activity. The wood division has been inaugurated in 2016 and has had excellent results, as the the oak chair Frida, designed by Odo Fioravanti, which it awarded in 2011 the XXII Compasso d’Oro.

Moving in 2012 the production unit in a 19000 mq area in Manzano, in the heart of the Chair District, it is started a new course. The following year, has been the turn of the FSC for the Chain of Custody certification, which guarantees the origin of the raw materials from forests that are correctly and responsibly managed according to strict environmental, social and economic standards.

The attention for sustainability is also actualized in the usage of water-based coating, which limits emissions of volatile organic compounds, greatly reducing the environmental impact.

Giuseppe Pedrali, Managing Director of the brand, defines a «successful pathway reflected in our record turnover of 71 million Euros in 2015. This encouraging sign confirms the real value of Italian production in terms of craftsmanship, technological innovation and creativity

Oak, ash, walnut are studied – privileging multilayer and sandwich panels rather than solid wood – in optimal solutions of gluing and joints.

A new look for Bang&Olufsen