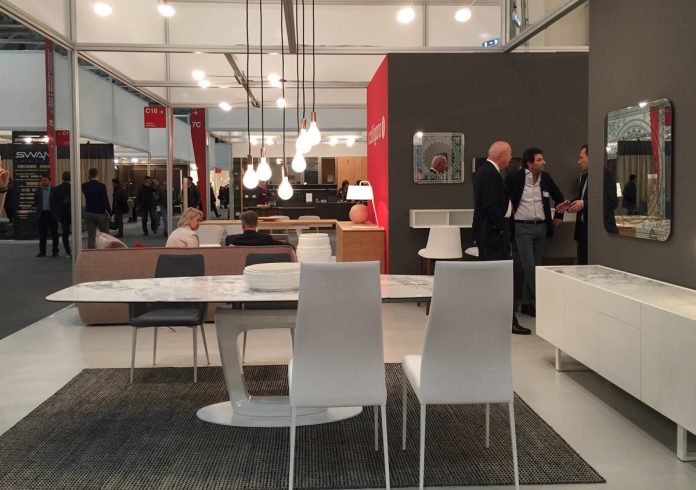 Calligaris takes part in the 2016 edition of Moscow fair and does so with a powerful presence: a large and welcoming booth where the company shows, with a major deployment of human resources, the best products of the latest collections.
"The Russian market, but also that of neighboring countries that are growing rapidly, has long been a strong point of reference for the Calligaris trade policy. Of course, the crisis has changed the scenarios and some rules, but our presence here is and remains very significant. With the right products and the right people this market still has great value " so began Roberto Mirabella.

Dedicated to all those who think that the Russian market crisis is difficult to best, here is a convincing answer, supported by numbers and commercial substance, to intercept – nevertheless many – 26 million wealthy Russians, as stated in the article by Alessandro Bignami of ifdm.it
Calligaris, while considering more carefully the Italian market, is strongly focused on foreign markets and, over the years, has built a network of relationships with the world of home furniture through targeted investments in distribution through showrooms and flagship stores in key cities for design.
In the contract sector, Calligaris started well in advance compared to many other companies, creating stable and constructive relations not only with interior and architecture firms, but also with investors: "the agreement with one of the most important international hotellerie chain for the supply of seats in all the hotels of the group is a great achievement in terms of both turnover and references.
This type of agreement does not materialize overnight, but is the result of a patient and long work, which needs flexibility and speed. The result, when it comes, it is of great satisfaction from all points of view "as explained Roberto Mirabella.
The Calligaris marketing manager also pointed out that "the world of contract is very varied, a good relationship with prescribers and influencers is sometimes not enough: our company has decided to get in touch directly with some investors and so have reached important supplies for famous cosmetic brands.

The first Salone Award in the wake of success

MGM, passion for marble and stones