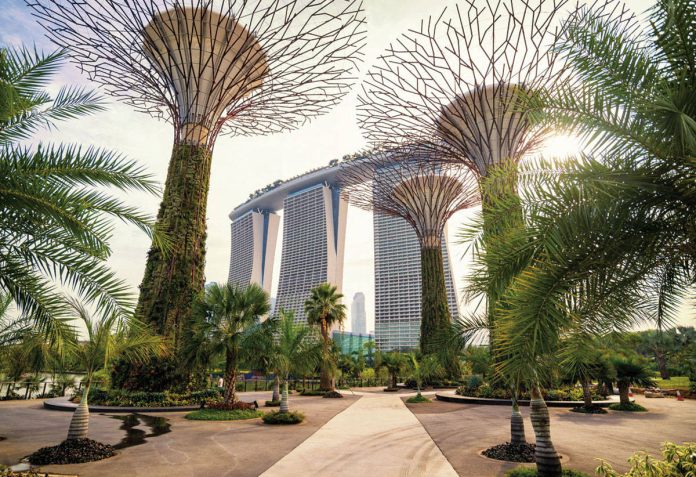 You move among futuristic skyscrapers, historic buildings, green areas, leafy parks and ethnic neighbourhoods. Singapore, the attractive, euphoric, city-state, is a place for meetings and exchanges between different cultures and traditions. Traces of the city’s British colonial past blend with modern works of engineering and design, such as Marina Bay Sands and the Winter Garden, which have become symbols of the city. From Chinatown to Little India and the Arab Quarter, you can experience a multitude of languages.

This openness – a consequence of the constant commercial, economic and financial growth that has made the country one of the wealthiest in the world – which has fostered the creation of a design community, attracting international attention. Maison&Objet has chosen the city – which has a strategic position in the heart of Asia – to repeat the Parisian trade fair. Singapore Design Week (7-20 March), organized by the DesignSingapore Council, will host the third edition of Maison&Objet Asia (8-11 March, Sands Expo Center), an influential showcase for over 300 brands from 24 countries.

The International Furniture Fair Singapore (10-13 March, Singapore Expo) will take place alongside it, a strategic platform for design in the region, accompanied by The Decor Show and FurniproAsia; SingaPlural (7-13 March), a place for creative talents to express themselves, returns for its fifth edition, with a variety of events and installations.

Finally, the biggest chinese city will host the Design Show Shanghai (9-12 March, Shanghai Exhibition Centre) with a variety of visitors and a few global top galleries that will encourage both local innovation and international design.