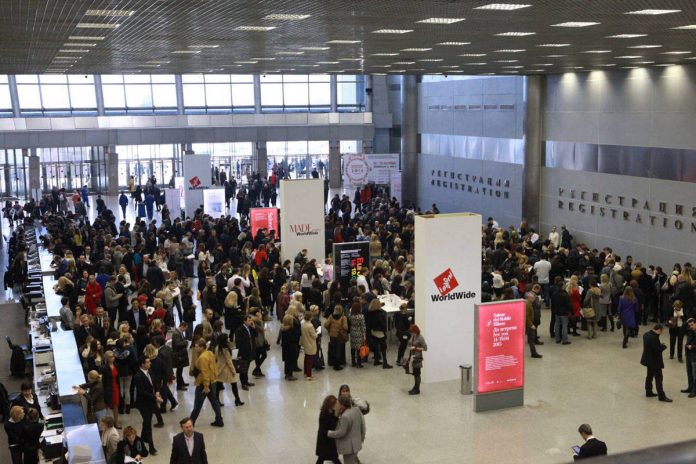 I Saloni WorldWide Moscow, the benchmark home furnishing event for Russia and the countries in its geopolitical basin, celebrate their 11th edition from 14 to 17 October.

The Saloni WorldWide, recognised as the only vehicle for high-end furnishings on the Russian market, will feature 335 exhibitors, 280 from Italy and 55 from other countries.

I Saloni WorldWide Moscow, will be flanked as always by SaloneSatellite, the established launch pad for young designers from Russia and the former Soviet Republics.

In complete synergy with I Saloni WorldWide Moscow, and for the second time in Moscow, MADE Eventi is presenting MADE expo WorldWide, the event devoted to internal architecture, featuring a number of leading Italian manufacturers.

Organised in collaboration with ICE – Italian Trade Agency, the Master Classes at the 2015 Saloni WorldWide Moscow and MADE expo WorldWide will feature a round table, along with two leading names in Italian design and architecture, Luca Nichetto and Cino Zucchi, moderated by journalist and design critic Olga Kosyreva.

Towards a new vision of Classic