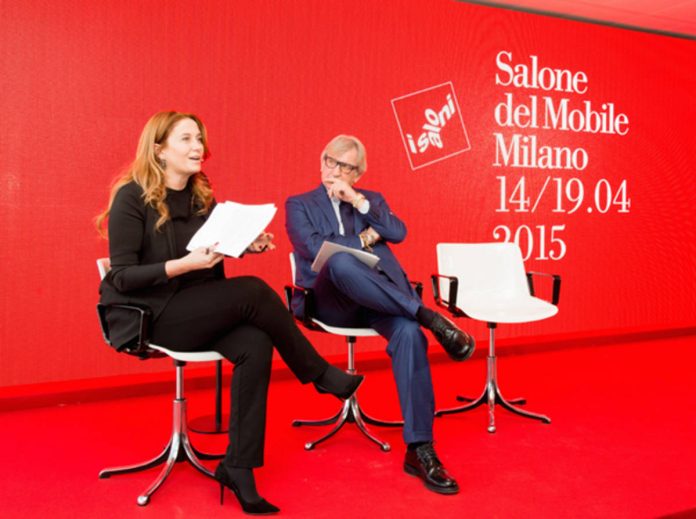 Each year brings something new, each edition presents new themes and innovative installations. The long-awaited appointment with the Salone del Mobile of Milano is just around the corner, ready to open its 54th edition.  A great ferment surrounds the event, this year more than ever before, in view of the forthcoming inauguration of Expo 2015, just two weeks later. The design capital is therefore getting ready to welcome an international public that is expected to be more numerous than ever.  In the year of the biennial events, Euroluce and Salone Ufficio, the most innovative project bears the signature of architect Michele De Lucchi, author of the installation “The Walk”, dedicated to new workplace concepts and consequently set up inside the halls of  Workplace 3.0. A metaphor on the importance of never remaining immobile, of walking between one place and another in the workplace, an activity which generates new stimuli and new ideas. “To imagine the workplace as a gym fitted with equipment to train the mind is tantamount to its transformation into a space in which human relations generate new ideas and opportunities – points out the architect – The office of the future is an ever changing walk, devoid of conventions, always different and a constant generator of novelties”.

No less worthy of note is the Euroluce proposal, which coincides this year with the  International Year of Light, proclaimed by UNESCO for 2015. To celebrate the event, architect Attilio Stocchi has curated the installation of “Favilla – Ogni luce una voce” (Favilla – to every light a voice), a project to be installed in Piazza San Fedele. “Favilla” is a research into the essence of light, developed inside a large black box, a metaphor of the geode, in an engaging trail that recalls the structure of Greek tragedies.

The initiative taken by the Milan Commune fits in perfectly with this context: that of illuminating the entire city with LED lighting by the end of the year – as guaranteed by Mayor Giuliano Pisapia during the press conference.

Alongside the vast exhibition offering provided by the Salone circuit, there is another project aimed at narrating the Italian Lifestyle to the world in an alternative and non-conventional manner. In Italy, in fact, is a multimedia recount to be presented during the trade fair, and destined to become an App, through which to explore five furnishing solutions – developed in Lecce, Milan, Rome, Venice and in Val d’Orcia – in five different interior styles.  64 Italian firms have been involved in the project, as well as a select group of designers and architects to narrate an interactive story entirely dedicated to design and the Italian way of life. There will also be the customary appointment with young designers at the Salone Satellite which, now at its 18th edition, will be associated with the Expo event this year, with the presentation of the “Planet Life” theme. Likewise, the traditional partnership between the Salone del Mobile and the Commune of Milan in the ambit of art: the Salone will therefore be among the sponsors of the exhibition being held at Palazzo Reale,  “Leonardo 1452-1519”, dedicated to the creative genius Leonardo Da Vinci.

Together with Magis, in a world of lights and colors