Though an overall first impression inevitably evokes retro-futuristic memories and calls to mind cinematic images related to the Space Age, XYZ Lounge pursues the concept of a “fantasy future”, turning it into an atemporal space that’s open to various interpretations. Because for French-Portoguese architect Didier Fiúza Faustino the ambiguity of time also nurtures unexpected spacial scenarios in which relationships are conditioned by construction materials and by their meanings. 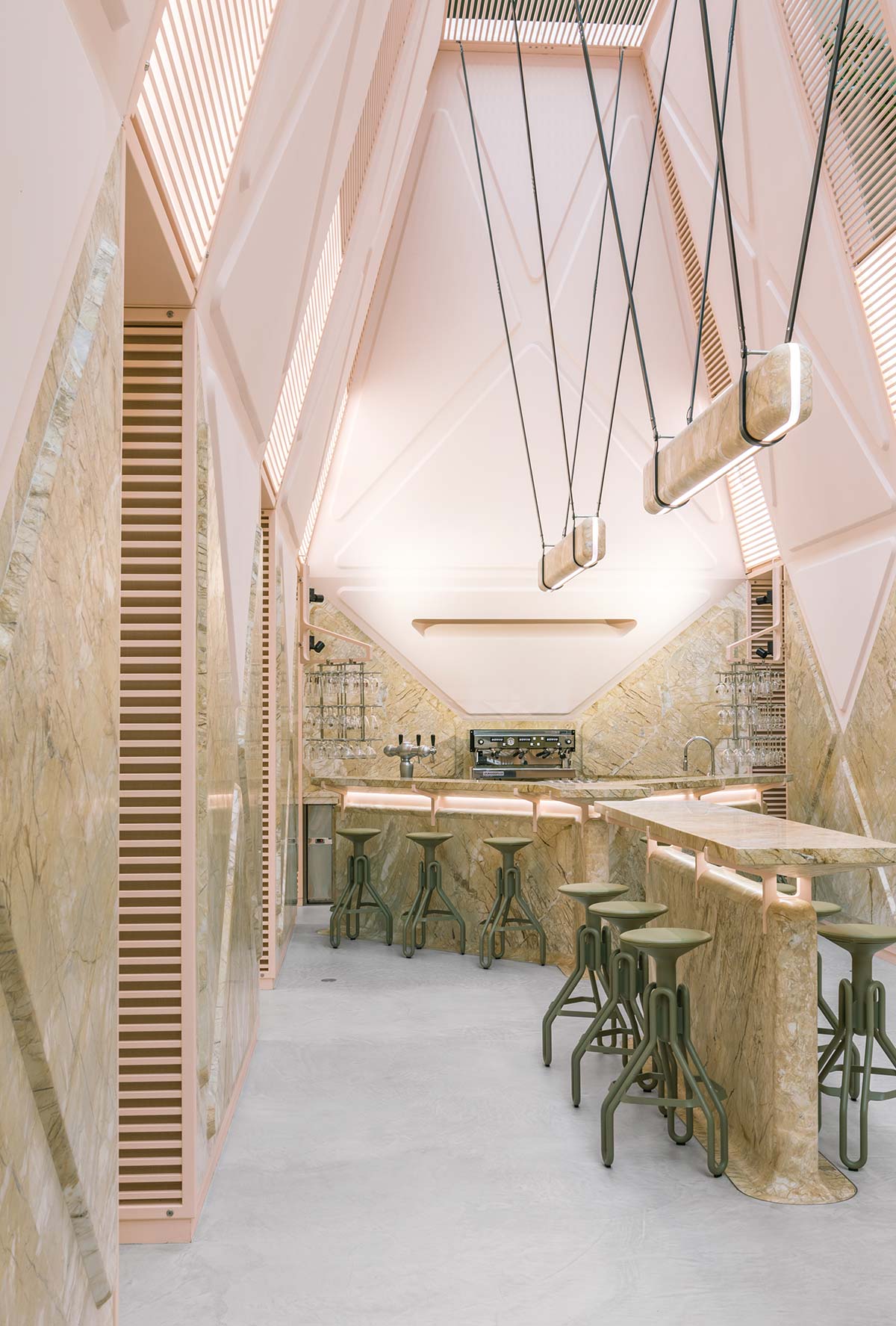 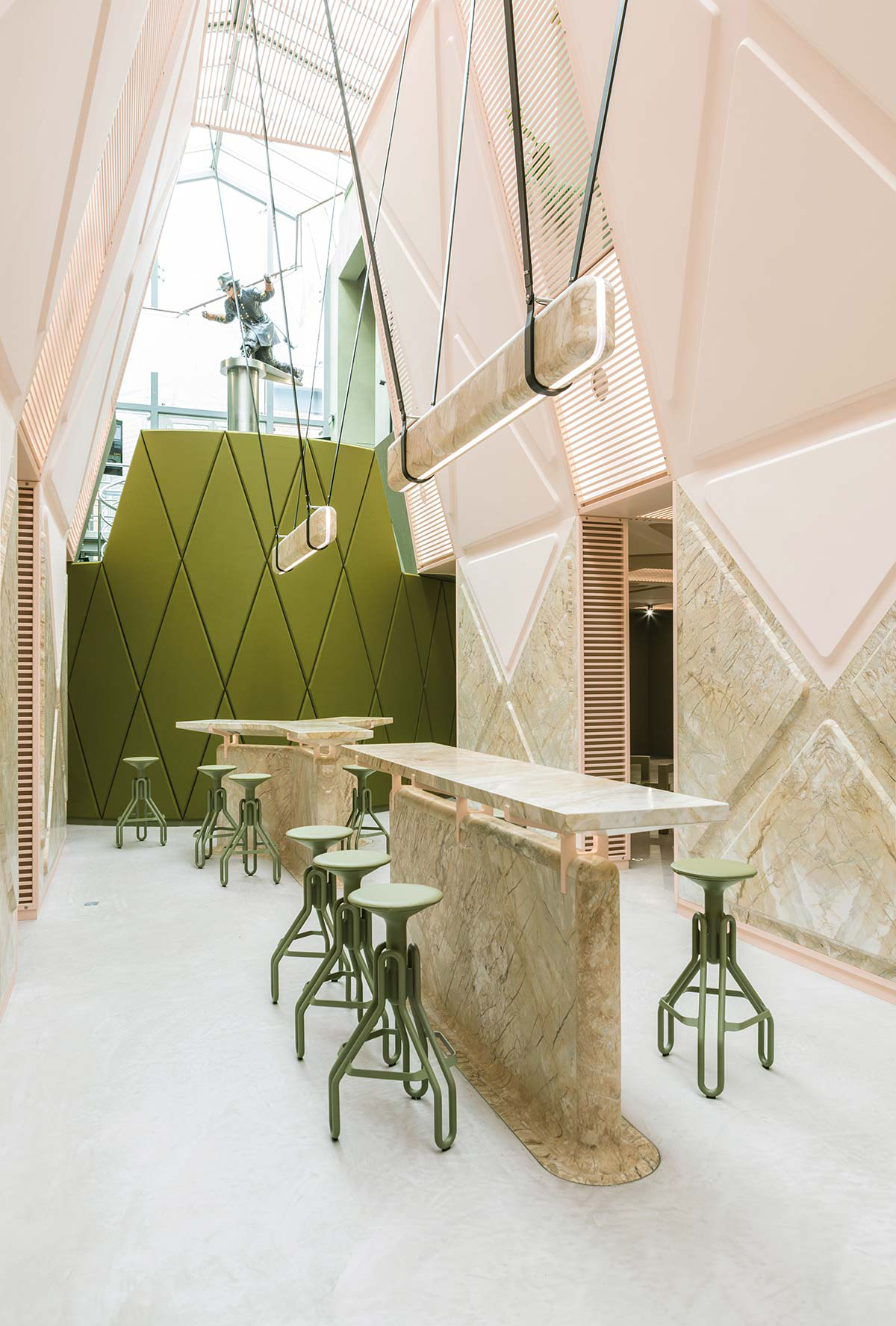 The commission came from Zebrastraat, the cultural centre of Ghent, located on the ground floor of a large oval-shaped complex conceived at the start of the 20th century by Belgian architect Charles Van Rysselberghe. Faustino’s project covered an area measuring 360 square meters, in which he designed the main bar; the smaller, adjacent one; side rooms equipped for projections, cocktail hours, and DJ sets; and mezzanines connected by a spiral staircase in which meeting areas and a terrace were developed. An environment dedicated to encounters and social festivities that favours physical trajectories and proximity, stressing an authorial intentionality aimed at weaving together architecture, bodies, and identities in an effort to, in this case, get away from cultural, social, and gender stereotypes. And though the name could be seen as a ‘non-name’, acknowledging all of the generations (X, Y, and Z), it nevertheless represents an ageless space devoted to neutrality. The dominant colours are complicit: ‘gender-free’ blush-pink launched by the Millennials and now capable of transversally seducing today’s creative world; and olive green, a military shade that sheds is gender-based connotations to evoke nature rather than war. 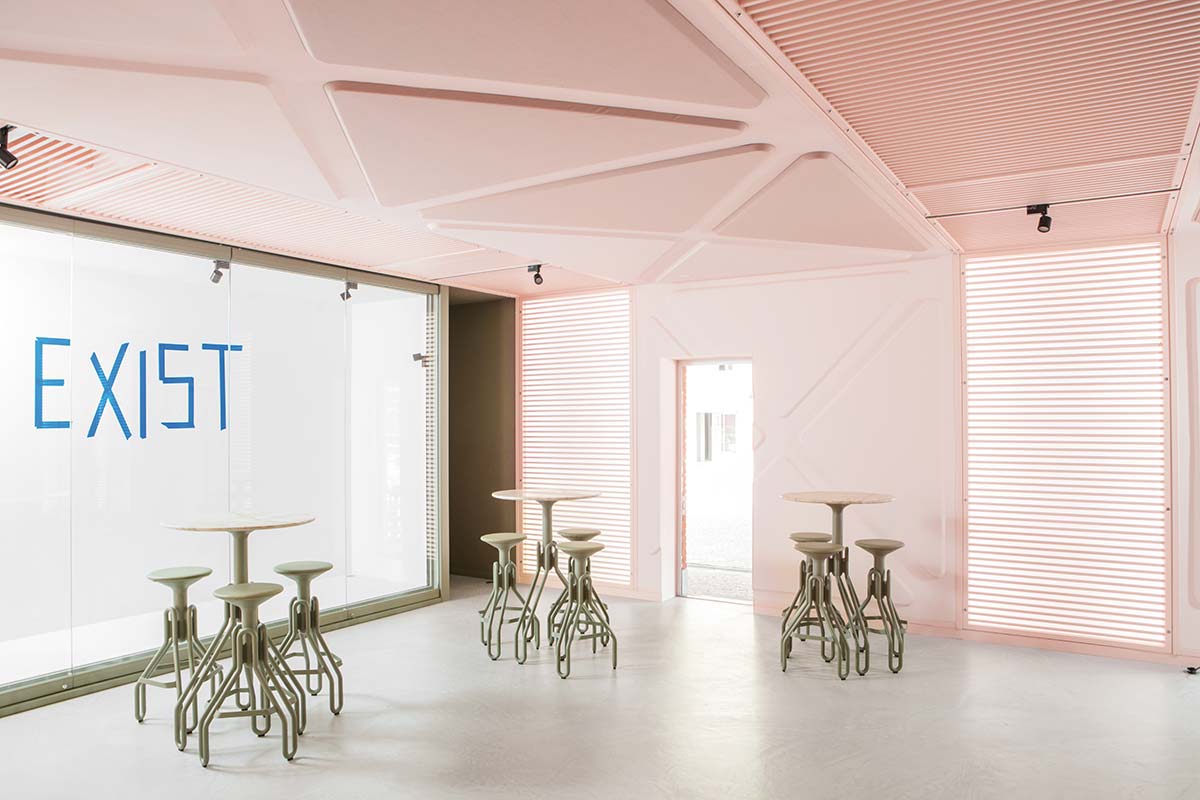 Upon entering one has the sense of walking down the central nave of a cathedral in which the graphic positioning of the stucco moulding and of the pink Carrara marble panels on the walls emphasise the vanishing point, drawing your gaze upward to the elevated sculpture/installation by artist Panamarenko, a ‘grounded’ aviator, prior to Faustino’s project, with one of his unlikely aircrafts. Laterally the height is reduced, but the application of open, very thin (pink) beams on significant portions of the ceiling and walls, permits light to enter. The furnishings were custom made and include pieces in pink marble, like the Y-shaped counters, the islands, and the suspended lighting fixtures; and sound absorbent panels in the same green as the tables and stools with painted tubular structures, common also to the army of Delete Yourself chairs which, intentionally anonymous and of questionable comfort, force the body into a social, almost performative and communal, act. 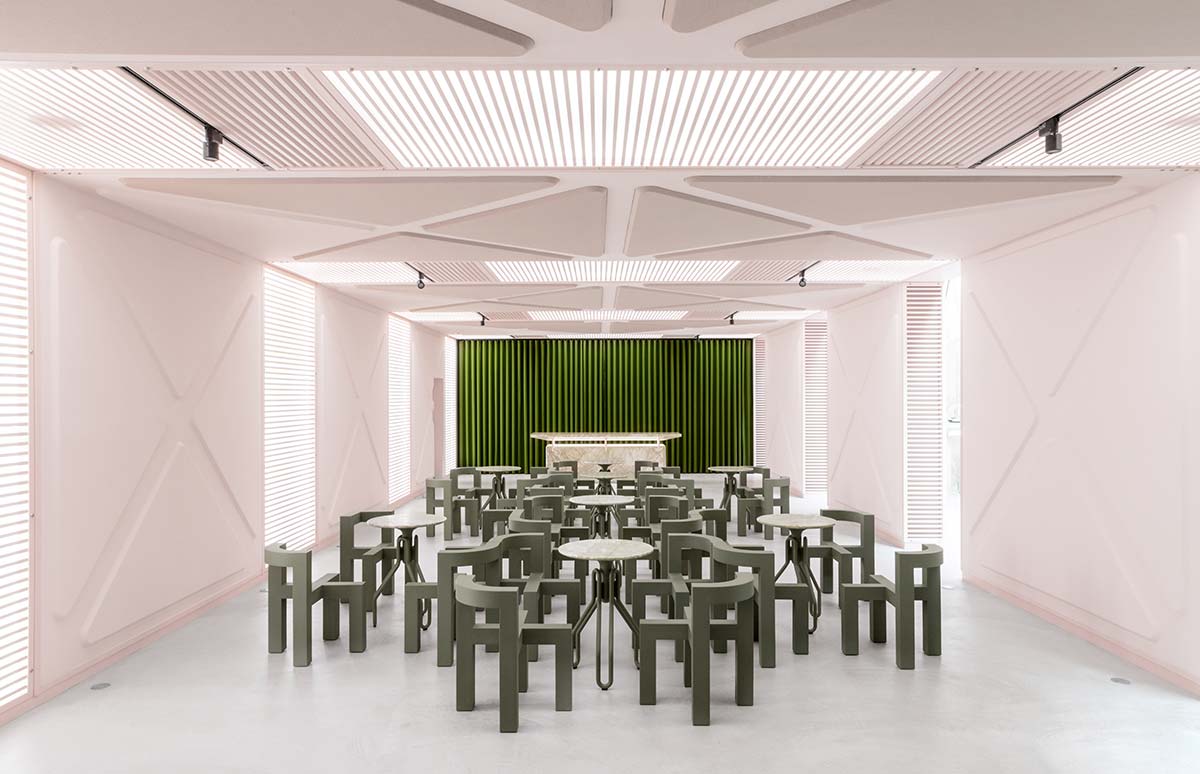 Hospitality with a story