Poltrona Frau is remembering the Castiglioni brothers with a re-edition of the historic Sanluca armchair, designed by them in 1960. The special edition of the iconic chair will be released as a limited run of 100, celebrating 100 years since the birth of Achille (1918-2002) and 50 years since the death of  Pier Giacomo (1913-1968). The project stems from research by Marco Romanelli and Poltrona Frau Stile & Design Centre in collaboration with Fondazione Achille Castiglioni, Studio Arch. The presentation took place yesterday evening, 3 October, in the Poltrona Frau showroom in Via Manzoni 30, Milan.

Initially, the design of Sanluca was not fully understood, as curator Marco Romanelli reveals: “Few understood its revolutionary nature at the time: what appears as pure form is actually pure function.” However, sketches of the chair reveal a meticulous work of ‘design by subtraction’ guided by “only the strictly necessary”, to quote Achille Castiglioni.

The armchair was a work broken down into separate elements: a backrest, seat, armrest and sides. The result is a combination of apparent opposites: a design that is at once sinuous, angular, dynamic and sculptural, while anticipating the principles of ergonomics. The seat also offers the body three support points that meet the needs of the human spine.

Poltrona Frau also honours the close relationship between the Castiglioni brothers and Swiss artist and graphic designer Max Huber. Together, they created major installation projects for companies such as Rai, Telecom and Montecatini, which led to a true friendship. “Onde Geofisiche” (Geophysical Waves), a gouache on cardboard work created in 1968, has been dug out of Max Huber’s archive. The graphic waves have been used to cover the sculptural waves of the Sanluca Limited Edition armchair, representing the synergy between these three great personalities. 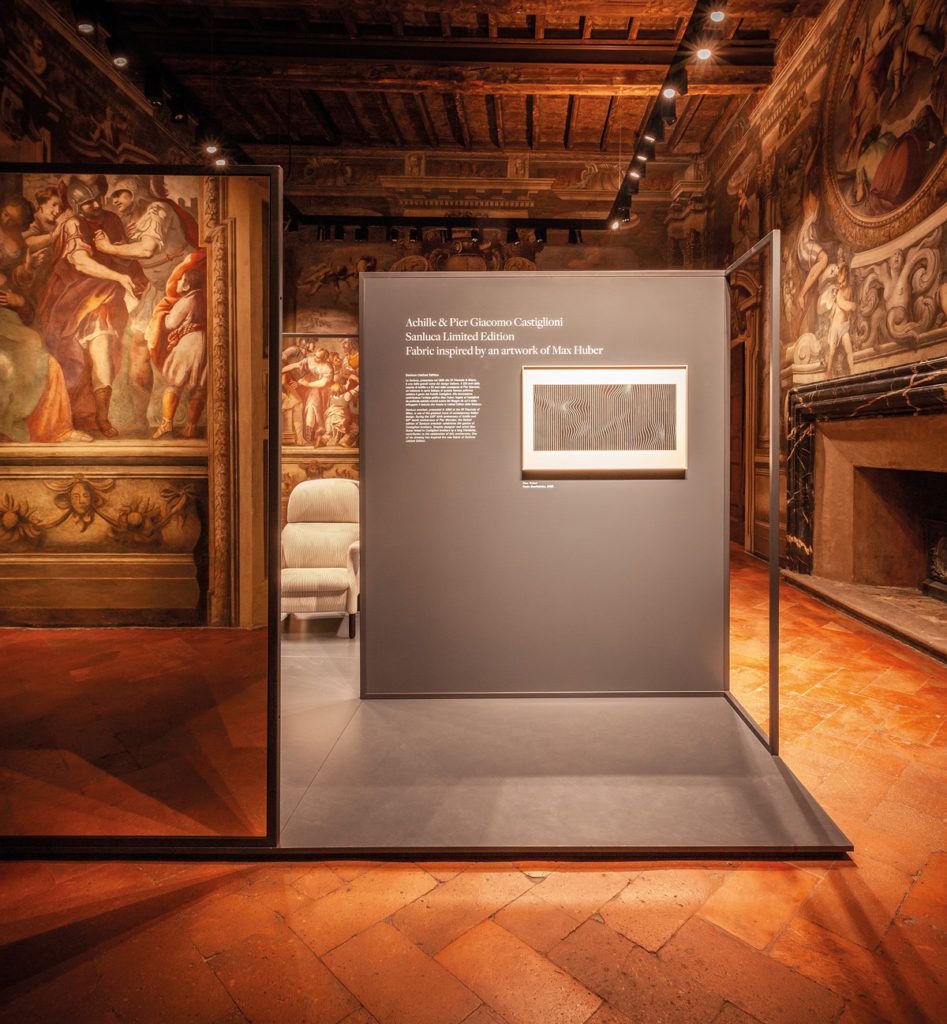 Times Square on a human scale