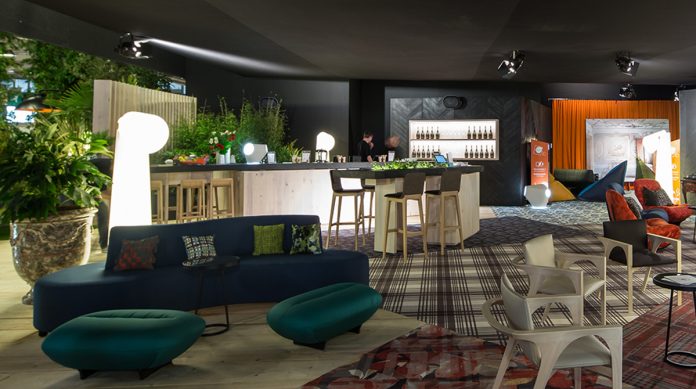 There is no stopping the hotelier sector, a world involving hundreds of millions of people all over the world. No two travellers share the same tastes and expectations. Faced with such an open, and therefore complicated scenario, the Equip’Hotel proposal – Paris from the 11th to the 15th November – could never be univocal. Rather, in the words of the event’s director, Boris Provost, “there is no single trend in the hotelier and catering sector, therefore Equip-Hotel will a be a multitude of ideas and contexts, the most universal ones possible”.

The aim is to confirm the Parisian event as a hub, a crossroads of ideas, designs and inspirations for the hotelier sector, grounded in an awareness of the meaning of “hospitality”.
Global or specific? There’s no single answer to this question, however the tension between both concepts is what powers the limitless movement of thought and ideas, tirelessly generated by the sector.

The 2018 edition of Equip’Hotel will showcase an array of prestigious collaborations, a veritable parterre de roi, as the French would say. Not least Sandrine Alouf (without disregard to everyone else), creator of the “motionless journey”, self-defined ‘atmosphériste’: project designer, scenographer, designer of objects and clothing, a passionate professional whose activity eschews traditional definitions in virtue of its sheer polyvalence. Alouf, together with Thierry Virvaire (another eclectic project designer), present Casa de Luz, a lounge bar & restaurant where Portuguese and French cuisine converge in three areas which represent three culinary moments of the day: colours, atmospheres, spaces available to visitors who can choose where to enjoy their meal.

From a sense of freedom given to us by Casa de Luz, we move on to the pure provocation of Cozy Lazy, the room of rules designed by Favrice Knoll, who proposes a destructured room (perhaps even disconnected?), compared to traditional rules which dictate the essence of hotel rooms. Away with walls: nature makes a resounding entrance and reigns supreme, celebrating an unexpected ode to laziness.

As always, the event embraced wellness as a key theme. Equip’Hotel chose the poetic and dream-like project by Didier Knoll & Elodie Goddard.

The unmissable presence of Jean-Philippe Nuel – a historic exponent of the event, materialises with a themed installation, dedicated to the hyper-personalisation of services, in-room services in particular.

Pavilions 2, 3 and 4 offer countless opportunities for dialogue and sharing, all three interconnected to create the Design Hub, congenial to the exploration of possibilities which emerge from interactions between Décor, Design and Layout. Architects, designers and professionals from the hospitality world will come together under the large LAB sign.
Equip’Hotel has laid the foundations for a resounding and concrete 2018 edition, one that is stimulating and rich in content.

Eigthy years of Artek on show