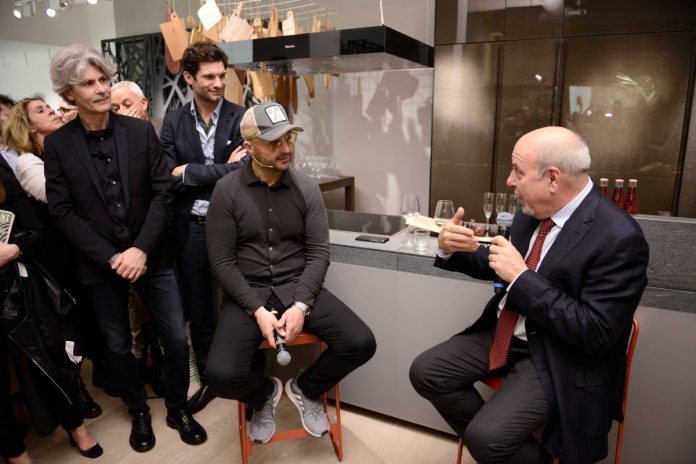 The white-collar world of finance met on 18th April – and not by chance in Milan famous drinking and socializing scene – one of the best-known palates to celebrate the latest invention of Valcucine, a Bar at home, elegantly integrated into the system Logica Celata created by the designer Gabriele Centazzo for the Italian Creation Group company. 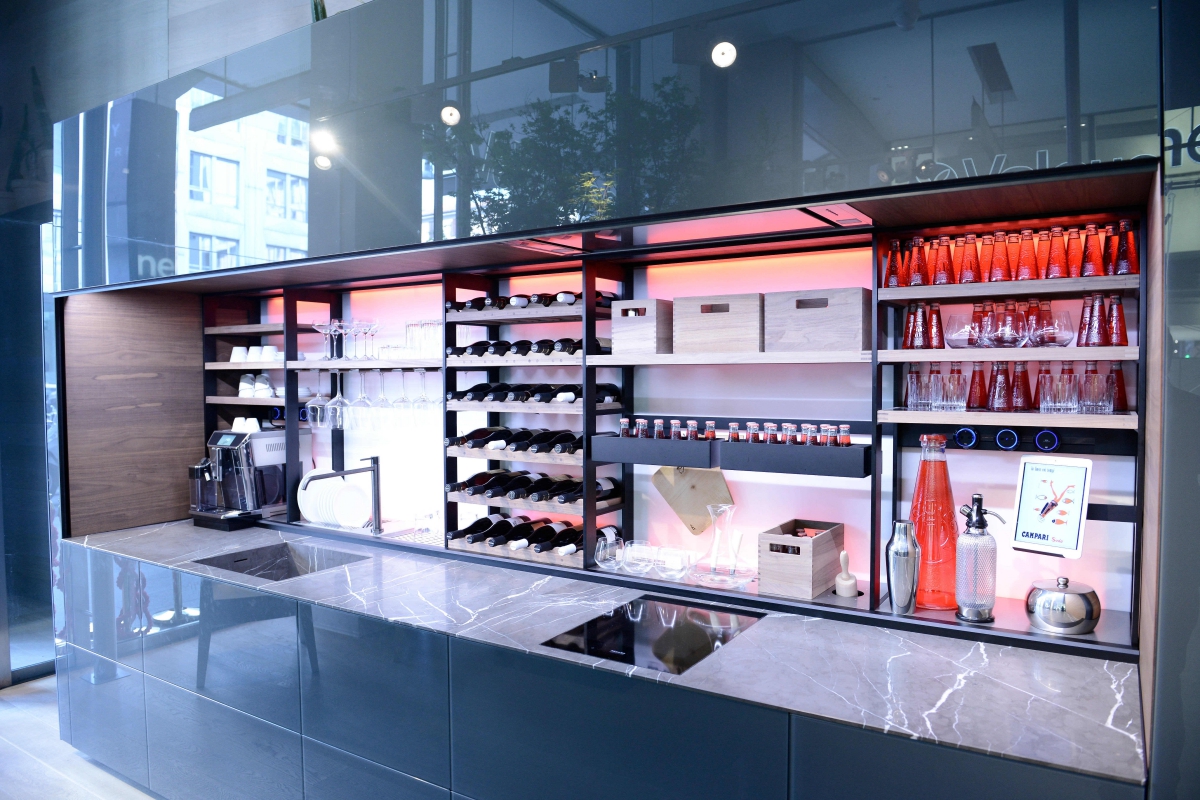 Alan Friedman and Joe Bastianich are two Americans who now virtually with double passport, adopted by Italian public and critics for their ability to be brilliant and direct, independent and smart. The mix was exhilarating, the exchange of jokes and mutual provocations “in freedom” helped to leave a strong mark on the real protagonist of the evening, the Bar at home.

The Bar is a new interpretation of Logica Celata, a system that develops in a unique kitchen block, which once closed becomes a piece of furniture enriched by the customization of the glass obtained through inlaid drawings called Vitrum Arte. 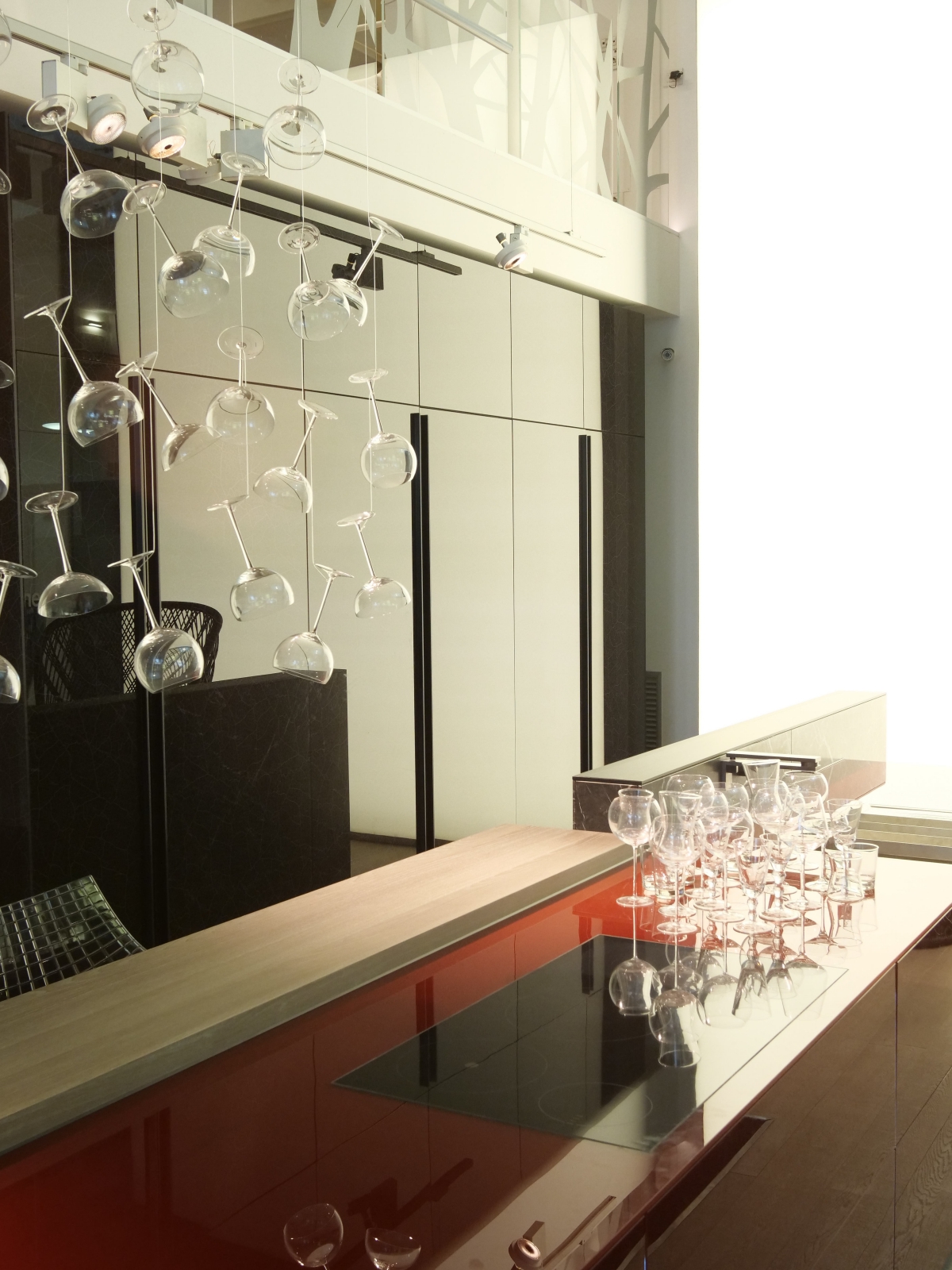 Designed for the residential, but also for the hospitality world (always looking for variations to be proposed), the Logica Celata Bar is inspired by its 1960’s graphics and claim of Campari Soda, then made by the famous Milanese illustrator Franz Marangolo. 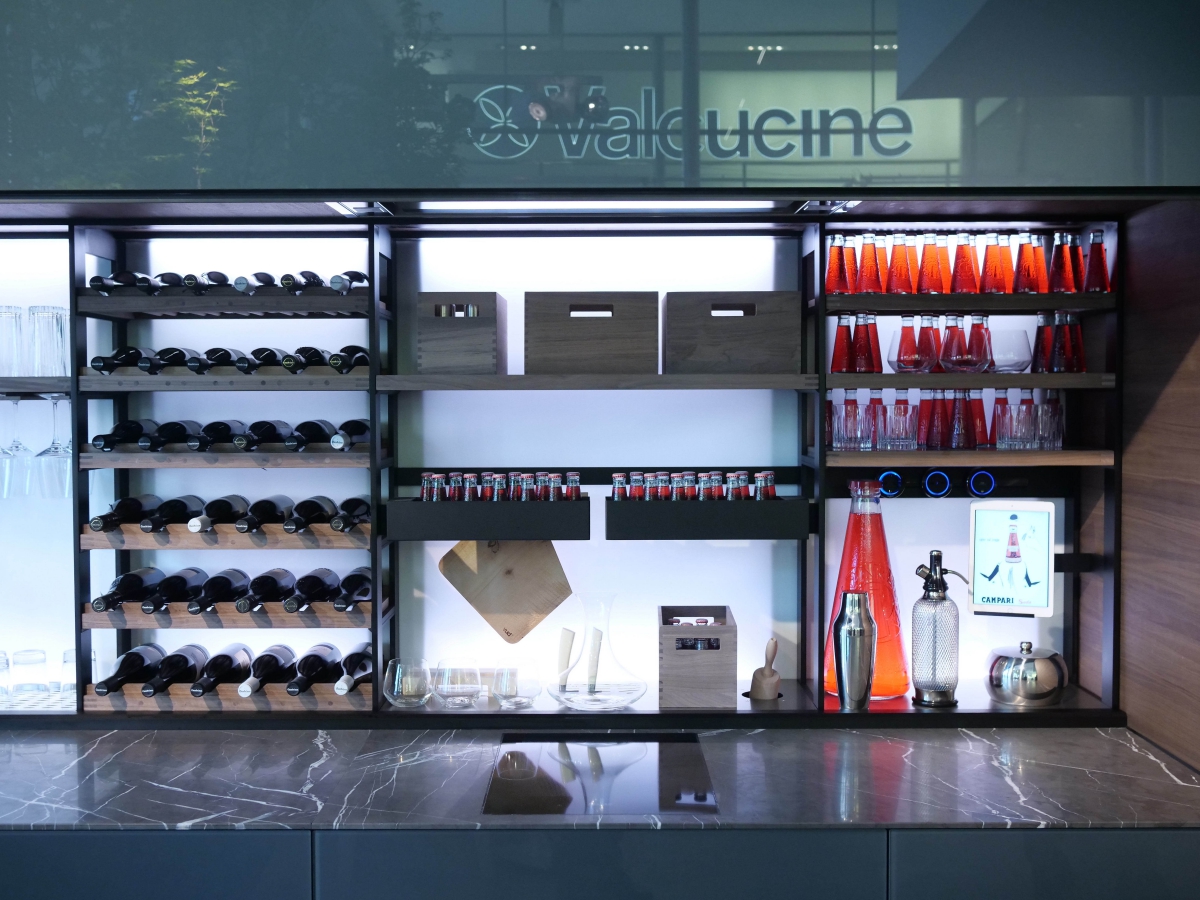 Episodes of Milanese history taken from the golden years of communication to embellish with harmony and suggestions an engineering interior design symbol that marks an important transition in the flexible and mutant role demanded to the world of kitchen in the third millennium and which gives Valcucine an allure of rich and fresh dynamism.

An amazing duo for Scapin Collezioni

Virtual and real meet at Philips