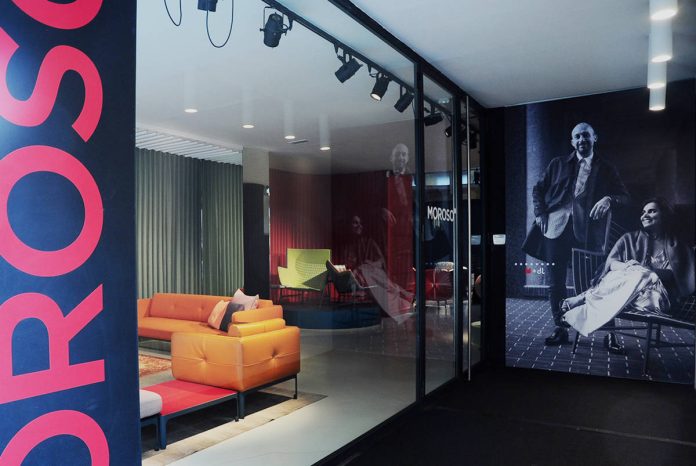 Cast your minds back to 2007. The launch for Charpoy officially announced the arrival of the Doshi Levien duo on Italy’s furniture mass-production scene. For Moroso, meanwhile, it meant opening up their creative sanctum to a new influence, one destined to make a unique, innovative contribution to the brand catalogue. Emblematic of the working relationship that would be formed in the subsequent years, Charpoy – a modern Indian bench – encapsulates the quality and emotional punch of the cultural fusion that defines the duo. Doshi Levien’s blend of technology, story-telling and high-end craftsmanship was the perfect match for Moroso, who have always been passionate about contemporary living that fuses beauty, sentiment, design and art.

Now, ten years later, the values that unite these big names of contemporary design burn on undimmed. The anniversary was marked by the “10 Years After” event, an informal discussion hosted at the Moroso showroom in Milan’s Via Pontaccio as part of Brera Design Days, which lit up the city last week.

The main focus of the talk, which was moderated by the writer and essayist Gianluigi Ricuperati, was the relationship between the designers and the company, spanning themes such as experimentation, shared visions and parallel growth within the sector.

Since 2007, the duo and brand have been involved in other production projects such as My Beautiful Backside, Paper Planes, Impossible wood, Chandigarh, Armada and Modernista. The relationship has always been about uncovering new creative sparks, a concept given a physical representation in the Moroso showroom by a “moving” display, with the setting transformed thanks to the use of a pully curtain system created by Silent Gliss (technical mechanism) and Kvadrat (fabrics).

A walk among the booths