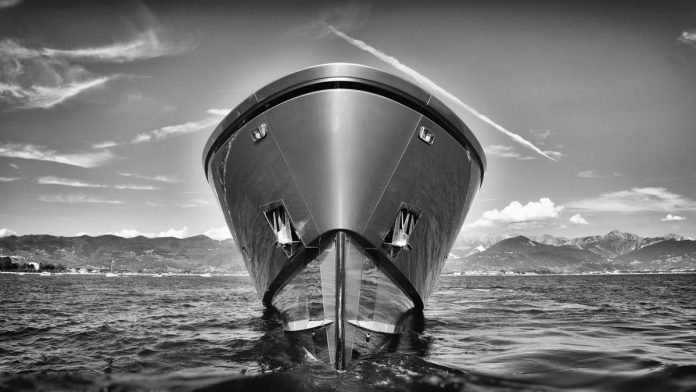 Speaking at the Cannes Yacht Festival with the professionalism that has defined his career and the courage of a great skipper, an emotional Massimo Perotti – the CEO of Sanlorenzo – unveiled the SX88, the company’s latest release and the first in a new generation of motor yachts.
The yacht encompasses 27 metres of new features and firsts, from the construction process to the materials used, all devised by the revolutionary mind of interior designer Piero Lissoni. The yacht represents the initial instalment in a new generation of yachts already in the pipeline at Sanlorenzo, with the first consignments expected for 2019. Eight models have been ordered so far.
The SX88 concept was devised by architect Luca Santella’s team, while the waterlines were designed by the American Lou Codega.

As everyone knows, Sanlorenzo have been responsible for a revolution in terms of the way we conceive interior design in the world of yachting, with the SX88 no exception to that rule. Indeed, the new model represents a further step forward in the process of evolution begun years ago with Dordoni Architetti.
Non-conformist to the point of becoming provocative, Piero Lissoni’s interior design goes against the grain of the traditional yachting sector. The tone is different – not to mention the style. The result is a space you want to discover one centimetre at a time, with visual barriers removed to allow an almost 360° view of the horizon. Meanwhile, lush detail is guaranteed by quality bespoke products created by carefully selected suppliers.

The kingdom of xLux

Scavolini. “Magnifica” is the bathroom collection

New space for Minotti in Miami