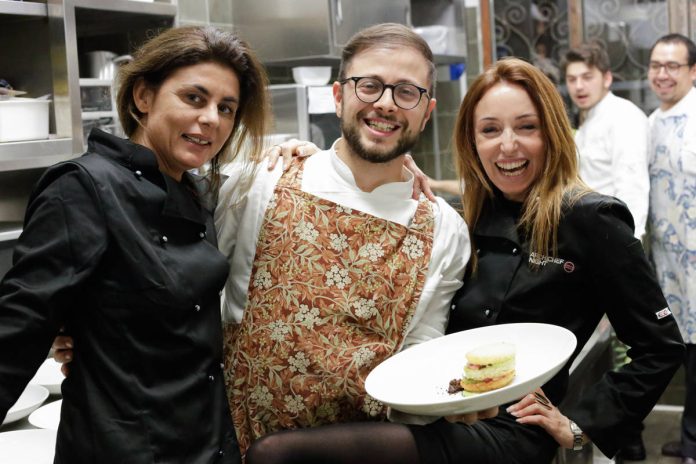 After the first stopover in Milan, Archichef Night 2017 continues its tour and, on 12 April, arrives in Rome accompanied by the studios MamaDesign, modostudio, Sara Lucci Architetto, Studio Costa Progettazioni and Studio Marincola Architects.

In an atmosphere of sharing, socialising and play, five architects will become chefs for an evening at the Ristorante Camillo B. and, coordinated by Marco Cavaliere, they will have to translate the salient features of their design studios into recipes for a culinary extravaganza that will start with the choice of the ingredients and continue all the way to serving up the dishes, followed by an explanation of the meal and its preparation.

The initiative has been organised by Towant along with its partners Dornbracht, Élitis, Essequattro+Nero3, Kaldewei, Moroso, Niva-line, Panzeri, Silent Gliss and Tubes.

After Milan and Rome, the next stopovers for 2017 will be Treviso on 19 July, Florence on 12 September, Copenhagen and London on 3 and 25 October, before ending in Amsterdam.

Snap by Elica: air quality at home between design and technology