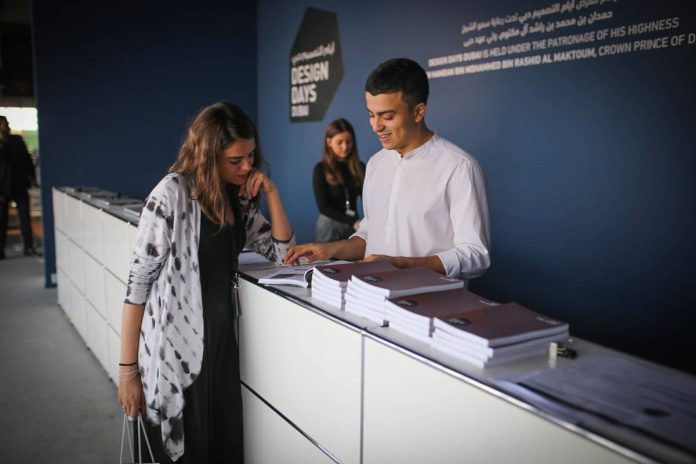 In a new venue inside 3d, the sixth edition is being staged from 13 to 17 March of Design Days Dubai, the exclusive trade fair dedicated to the collectable design of South East Asia, organised by Art Days Dubai Group.

With a major focus on contemporary design, the format offers an international platform for emerging studios and independent designers, in addition to being a showcase for the most esteemed international galleries.

Underling the growing maturity of collectable design in South East Asia, this year, out of a total of 50 participants, the event saw a record number of exhibitors among independents and galleries from the United Arab Emirates, Lebanon, Jordan, Saudi Arabia, Qatar, India and Pakistan.
They include important new arrivals and many galleries, as well as independents that have taken part in past editions.

The event’s growing authority is also confirmed by the remarkable number of international exhibitors, such as the Coletivo Amor de Madre from Brazil, the Crafts Council of England and the Dutch Creative Industry. Taking part for the first time are Todd Merril from the United States and the French galleries Leclaireur and Territoire(s).

Always concerned to disseminate the culture of design, the event promotes and supports initiatives that put the spotlight on the new generations. Once again, these include the partnership with Van Cleef & Arpels – who this year presents the fifth edition of Van Cleef & Arpel’s Middle East Emergent Designer Prize – and Audi with its Audi Innovation Award, while Dubai Culture and d3 are organising the third edition of the Urban Commission Competition.

Moreover, as every year, the four days offer a rich programme of initiatives offering opportunities to compare notes aimed at professionals though workshops, guided visits and discussion sessions.

Art&Design for the first 10 years of IFDM

May Design Series returns for 2015