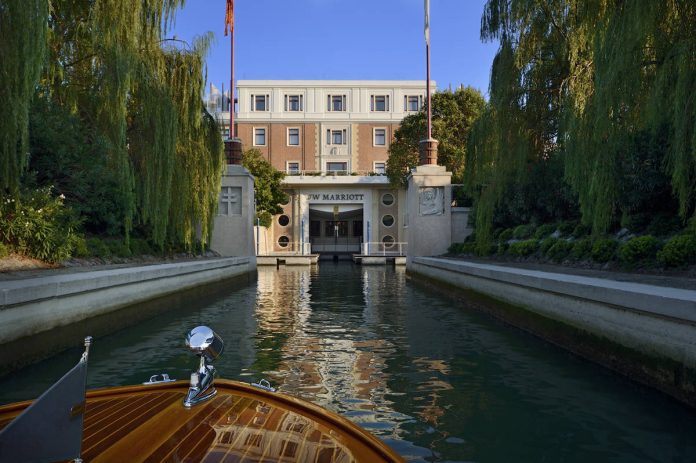 Italy has taken its place on the podium of the international hospitality competition. Matteo Thun&Partners convinced the panel and won the coveted Hotel Design Award 2016 for the JW Marriott Resort & Spa in Venice. “A unique place,” the panel declared, “characterized by great sensitivity towards the historical heritage of the location, a real labour of love that tastefully responds to the changes at the site. This project was chosen because of its successful, harmonious combination of design and architecture”.
Now in its 19th edition, the award celebrates the best ideas by the most important architecture and design firms in collaboration with developers and contractors in the hotel industry.
Thun&Partner’s work was also winner of the Adaptive Re-Use category, the renovation projects that best integrate with the local area.

The winner of the Newbuild architecture category was the Hilton Amsterdam Airport Schiphol by the Mecanoo Architecten firm, a visionary hotel connected to the airport and the train station, which boasts Asian cuisine, a gin bar and a rejuvenating spa. Many other winners in different categories were announced (the complete list can be found here): Antonio Citterio and Patricia Viel were awarded twice, winning the Spa&Wellness award and the Bar award, respectively for the spa and bar of the Mandarin Hotel in Milan.

A panel of 15 experts was assembled to judge the awards, headed by Celia Geyer, Senior Director Architecture & Design EMEA of Hilton Worldwide.
The award ceremony was held on Monday 21 November in the exclusive Park Plaza Westminster Bridge hotel in London, a short distance from some of the city’s distinctive landmarks, such as Big Ben and the Palace of Westminster, in the presence of 900 guests from all over Europe. As usual, the award ceremony was held on the day before the start of Sleep, the international hospitality and hotel design fair.

The dark side of Driade