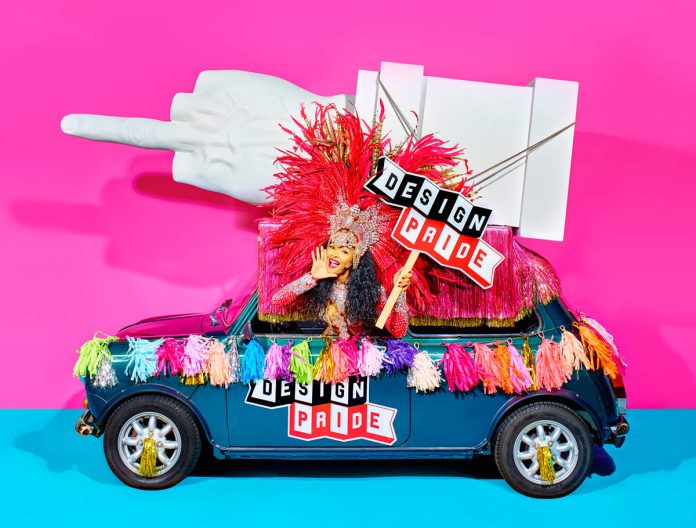 Everyone is poised to parade in the first Design Pride! On the 13th of April, the irreverent Seletti has planned a parade featuring floats, music and dancing, to animate the 5 Vie district from Piazzale Cadorna up to Piazza Affari, beginning at 7:30 PM.

Seletti will animate the procession with a float dedicated to his own best products, celebrating, among other things, the Cattelan finger in the carillon and boule de neige versions, as well as the  Monkey Lamp and Sending Animals, by Antonio Raimondi Malerba; Letters’ – first e-commerce for the brand, dedicated to lettering world – launch is celebrated through Fonts, the bright, and not, alphabets.

The brand partner Disaronno is expecting the attendance of the avant garde public, with a party celebrating the launch of the limited edition jar. There are 5000 unique collectibles, created in collaboration with Studio Job, that recall the common Prohibition’s habit to sip cocktail in glass jars, disguising the contents. Above the main floats of the carnival parade, the Disaronno’s illustrates the product, highlighting the feature based on opposite, iconographic symbols.

ICFF, the best of international design in New York