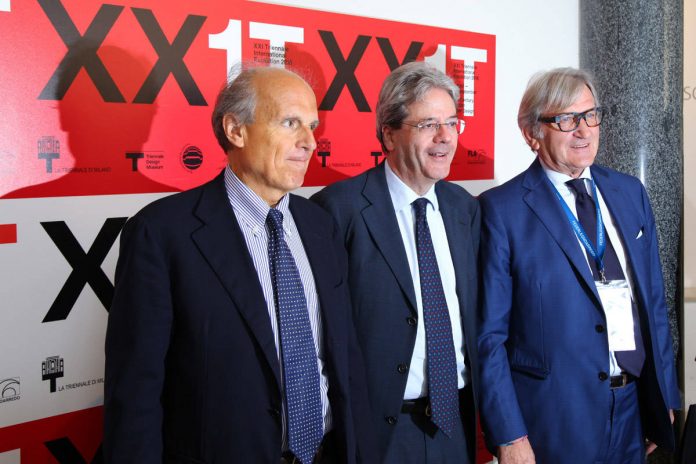 FederlegnoArredo seized the occasion of the AGM to announce its participation at the XXI International Triennale, the major international exhibition organized by Triennale Milano scheduled from 2 April to 12 September 2016. The project was presented a few days ago by the main people involved in the initiative: Roberto Snaidero, president of Federlegno, Claudio De Albertis, president of Triennale Milano, Giorgio Squinzi, president of Confindustria, and the Foreign Minister, Paolo Gentiloni.

The perfect sequel to Expo, the XXI Triennale puts the spotlight back on Made in Italy, as well as on the city of Milan, which will once again be ready to welcome participants from Italy and abroad: countries, cities, regions, universities, schools, professionals and companies from all over the world. For five months, Milan will be the epicenter of many multidisciplinary events on the theme of “21st Century. Design after Design”, spread over different venues throughout the city (such as the Fabbrica del Vapore, HangarBicocca, the Polytechnic and IULM campuses and the National Museum of Science and Technology) and in the Villa Reale in Monza.

The growing importance of design as a competitive factor on the global stage and the pressure of rapid transformations and innovations in the production system will be the focus of the theme, supported by a rich program of initiatives and dedicated events, incuding an exhibition on “The new Italian home landscape” organized by FederlegnoArredo.

“Being the first organization to announce that we are joining this great event is a source of great pride to me,” stresses President Snaidero. “With this exhibition, we intend to support young designers and architects, as well as established names. Companies will also be involved: so, I invite the members to come forward and participate.”

A few days before the opening of the next Salone del Mobile, the XXI Triennale will thus highlight Milan’s role as the capital of design and architecture.

“The exhibition opens in April and ends with the Monza Grand Prix, emphasizing the link with the city where the Triennale was created in 1923, as a biennial,” explains De Albertis. “It will be an Expo focused on art, fashion, design and architecture, at which all participating countries will address the theme ‘Design after Design’. ‘After’ here signifies both ‘after’ and ‘against’, so the subject intends to analyze both future scenarios and the phenomena that are taking over and influencing the sector.”

“The Italian Government,” remarked Foreign Minister Paolo Gentiloni, “strongly supported the nomination of the Milan Triennale to organize the XXI International Exhibition, and the Ministry of Foreign Affairs is strongly committed to promoting Made in Italy, not only with financial support, but also through the involvement of the diplomatic and consular network. Design is a synthesis of entrepreneurship, technology and culture, areas in which Italy excels thanks to an outstanding network of companies, and it significantly contributes to the growth of our exports and consequently to providing employment.”