In a Hollywood comedy from the late 1950s, Auntie Mame, the protagonist changes the décor and style of her flat in New York each week, with the constant coming and going of painters and movers. The same thing gets done, though in a virtual (and much faster) way, by Interior AI, an online platform based on an engine of artificial intelligence: you can upload a photo of the space you want to decorate and choose how to transform it from a range of 32 different styles, from medieval to cyberpunk, Zen to Midcentury Modern.

In a few seconds, Interior AI generates a new version of the setting, including accessories, plants, paintings on the wall. The images are full of oddities: tables and chairs with too many legs, or not enough of them. Mirrors that reflect things that are not there in the room. But a quick glance conveys the overall idea. And to change it, you can just click again. This is one of the latest applications of AI in design: a partnership not widely discussed, which many professionals tend to avoid, although its potential is growing. Because the more AI works, the more it learns.

Another tool with remarkable calculation power is Planner 5D, which can transform the plan of a building (also in JPEG format) into a 3D model, in order to then add virtual furnishings in a rather realistic view. The team of developers behind Planner 5D is also working on another project, Auto Furnishing, a tool that will take a layout, add user input (“I have one child and two cats, and I like the Fifties,” for example), and create a model generated by algorithms. In a procedure that resembles the operation of a human interior designer. Like the classic configuration programs, but turbo-charged. 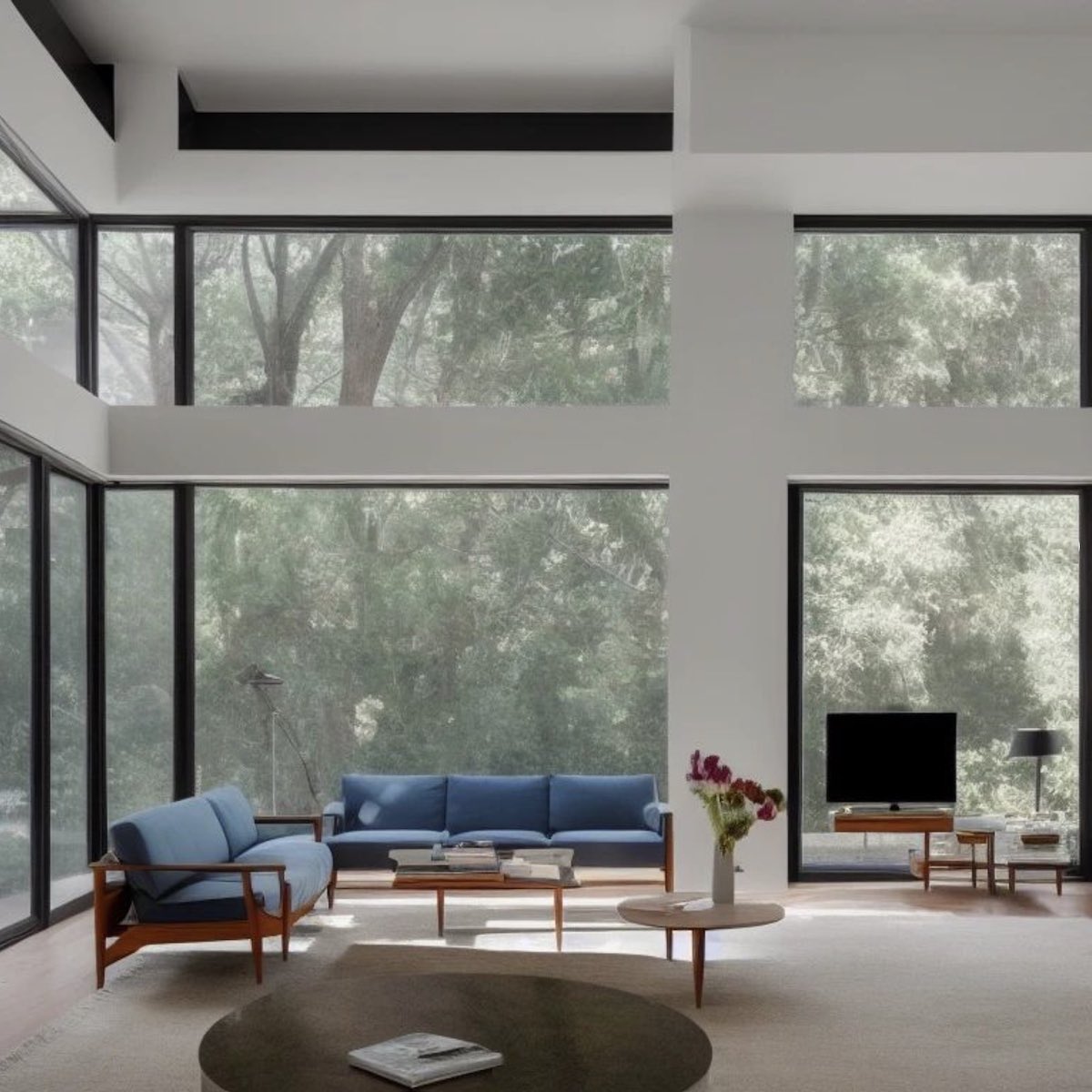 At the moment these programs have more appeal to the general public than to sector professionals, for a range of reasons: the images are often not of very good quality, and as we were saying there are some anomalies. Furthermore, the selected pieces of furniture, since they are the sum of material found in hundreds of thousands of photographs gathered online, do not correspond to real models found on the market and available for purchase.

But there are revolutionary aspects: the speed of the image processing, the fact that the basic tools are almost always free of charge. And above all, the option of providing verbal indications which the machine translates into images, in an intuitive and often surprising way. Without the need to spend hours honing a design.

This latter feature fascinates many creators: some are already well-versed, and rely on various AI platforms (Midjourney, DALL-E, Stable Diffusion) to produce surprising images. Just take a stroll through Instagram to get an idea. Will we soon have creative computers? It’s hard to say, because creativity is an essentially human characteristic. But it will be interesting to see where these lively ideas will lead us, boosted by the real possibilities of technology.

Spawn, the first spoon designed by a non-human mind

Martinelli Luce and the metaverse

Debut of the Cassina e-commerce platform