An expansion approached as an ‘architectural set design’ with essential lines and a clear, updated spatial character, implemented in a restoration that reveals precious historical presences. The project by Beretta Associati formulates a new Milan office for the Chiomenti law firm, between Via Verdi and Via Manzoni. architects began with a philological interpretation of the context, with the aim of reuniting several units between Palazzo Talenti and the neighboring Palazzo Cova, the previous headquarters of the firm, addressing the functional reorganization of the internal connections while forming a new main entrance on Via Verdi. 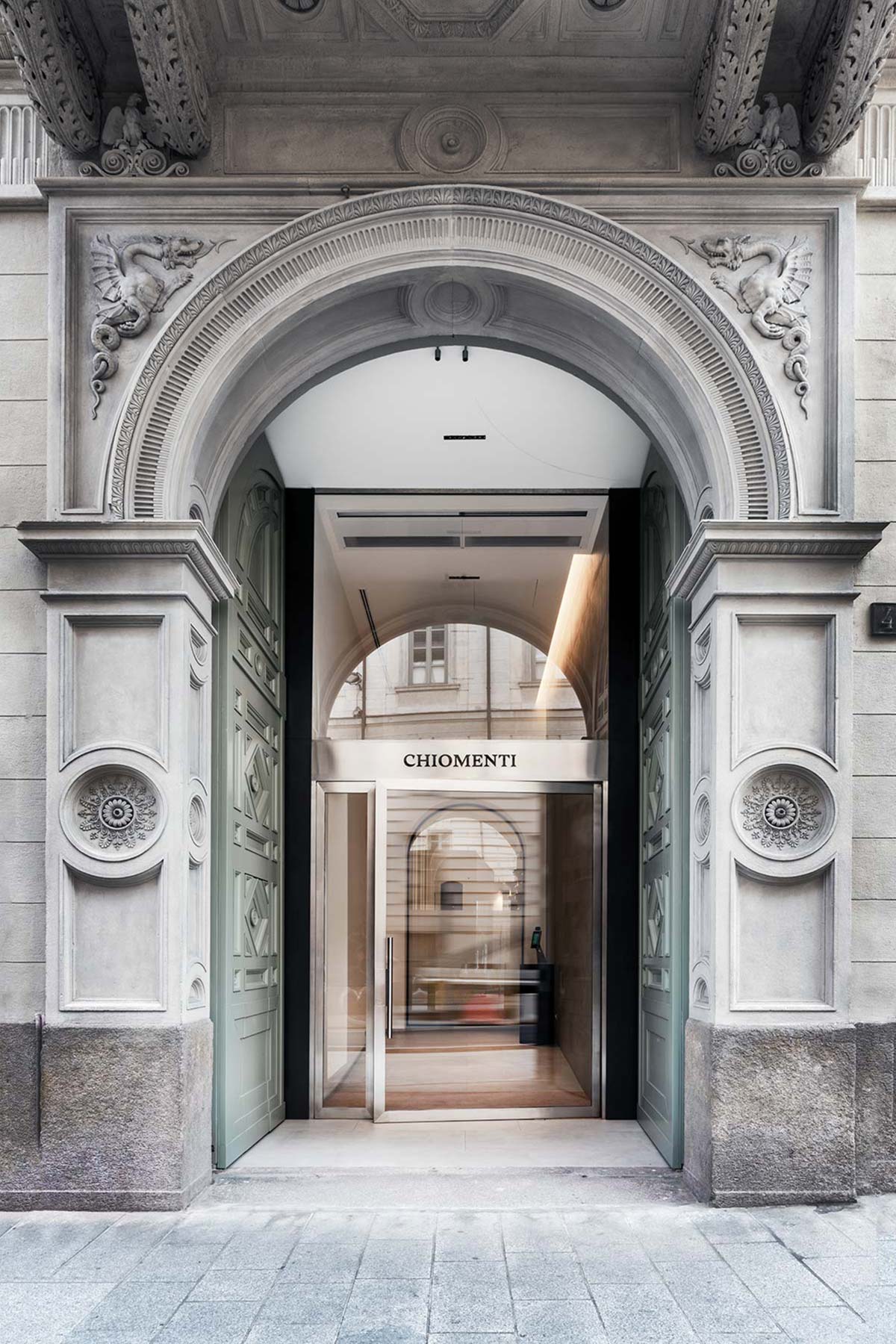 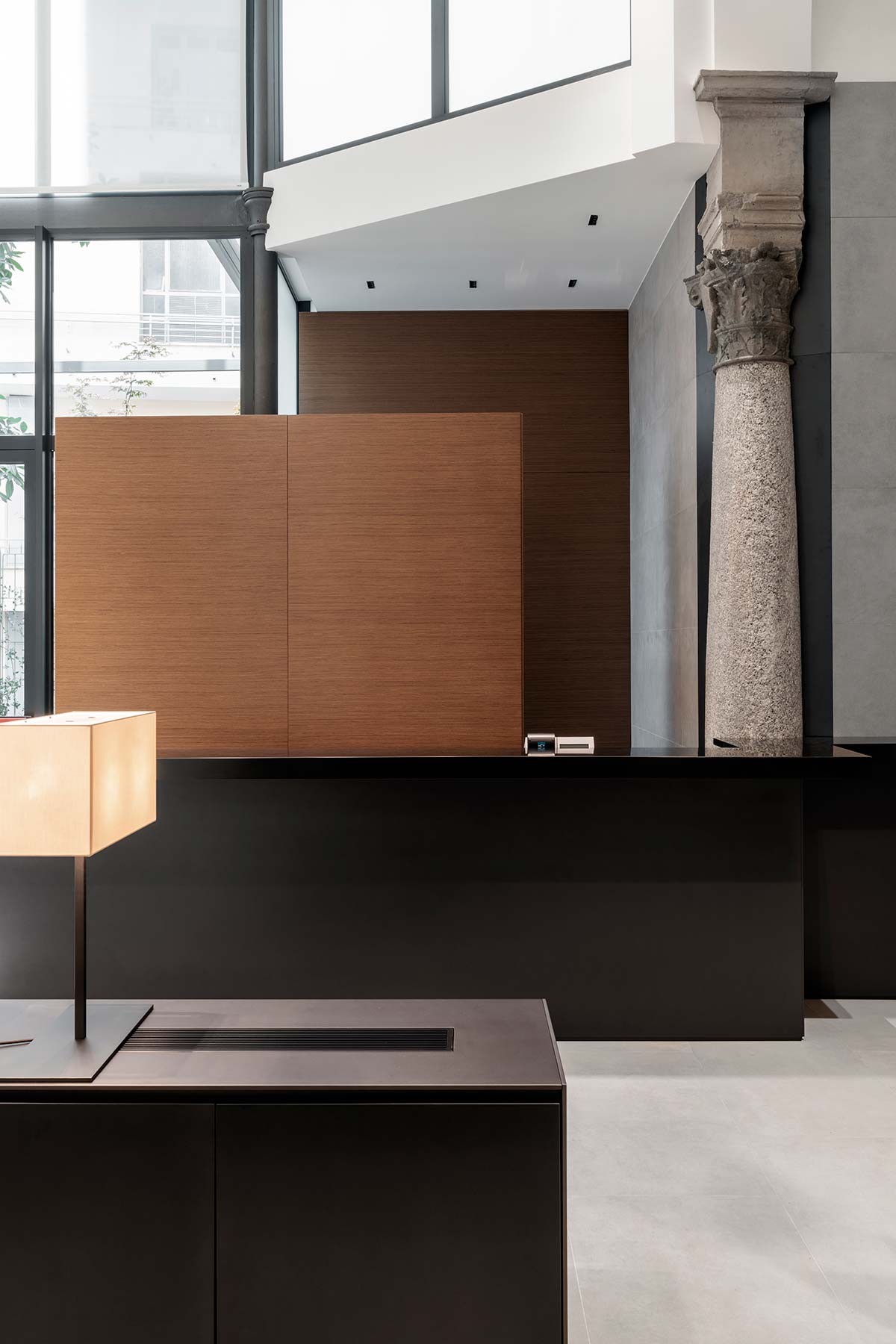 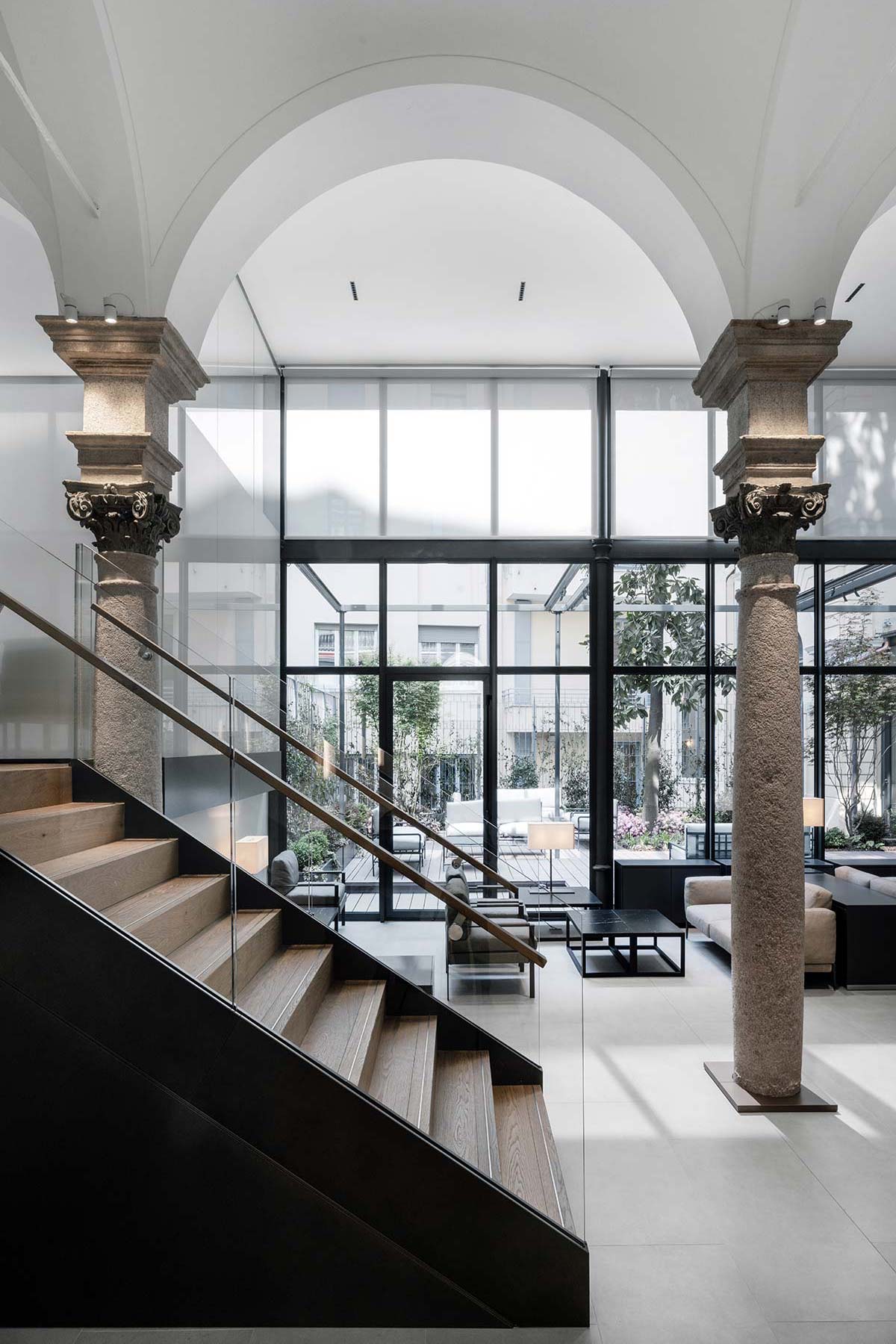 Set in a crucial position with respect to the historical urban fabric, Palazzo Talenti has undergone many alterations over the centuries, intertwining different narratives and time spans, from the Renaissance plan – signs of which remain in the main courtyard – to the functional modifications in the 19th century, including the change of use from an aristocratic dwelling to a cultural center. One of the most important alterations of the original construction was caused by the bombing in 1943, leading to disruption of the architectural layout and volume, with an impact still visible today.

Bringing out the value of the existing arrangement and bringing the Renaissance traces of Palazzo Talenti to light, the project sets out to restore “a single spatial character for the entire complex,” says Roberto Beretta, adding: “large meeting rooms are placed along clear, spacious pathways full of light, with dramatic perspectives on several terraces and a pleasant internal garden. The furnishings in burnished iron, glass and walnut set the tone of the architectural contexts in a discreet way.” 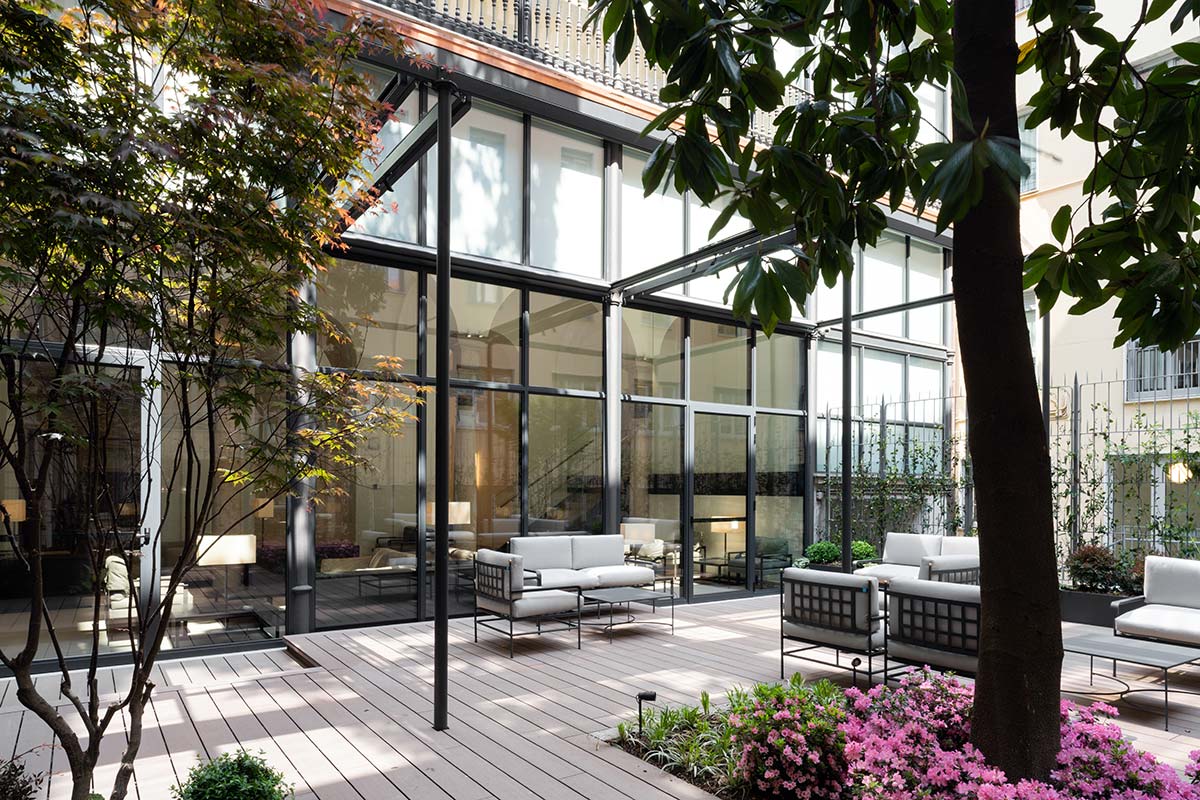 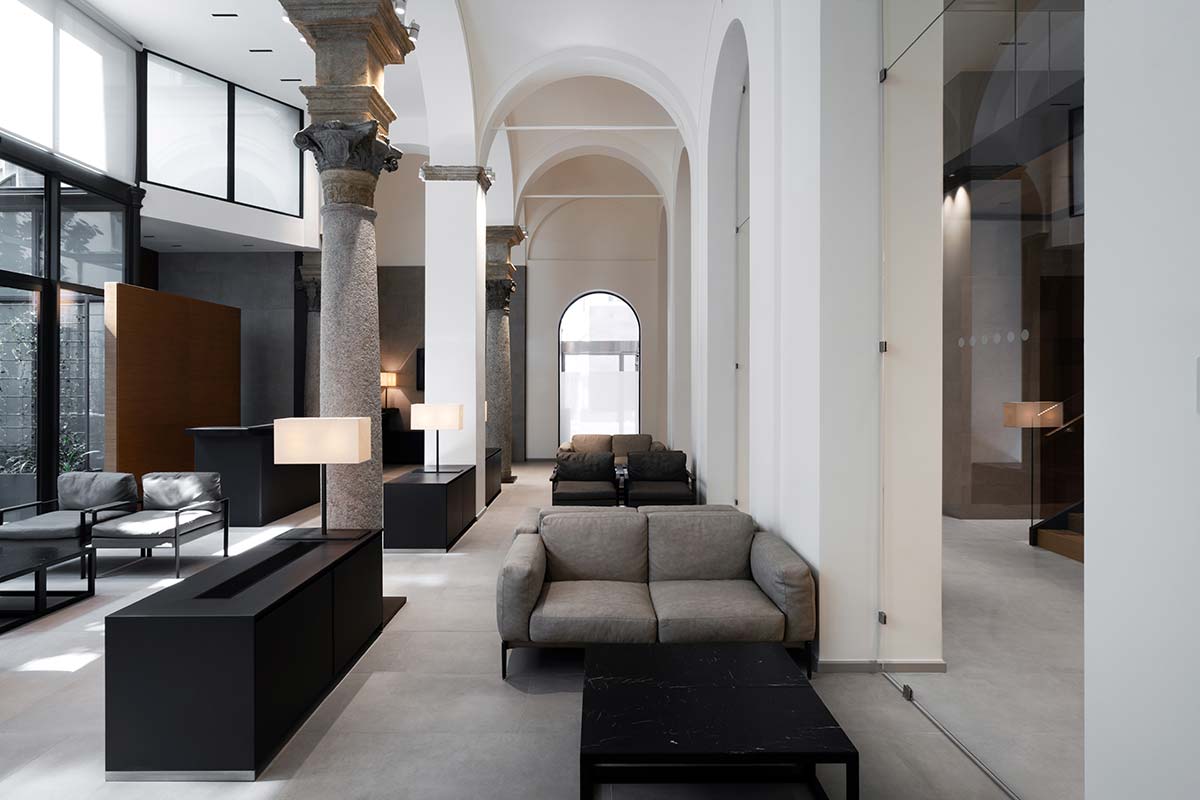 The premise behind this set design of offices becomes a compositional game between the 16th-century arches and columns of the ground floor: here, starting from the entrance on Via Verdi, one reaches a luminous lobby that faces the internal garden, leading to two open staircases – in steel, wood and glass – connecting the three levels of the Chiomenti studio. 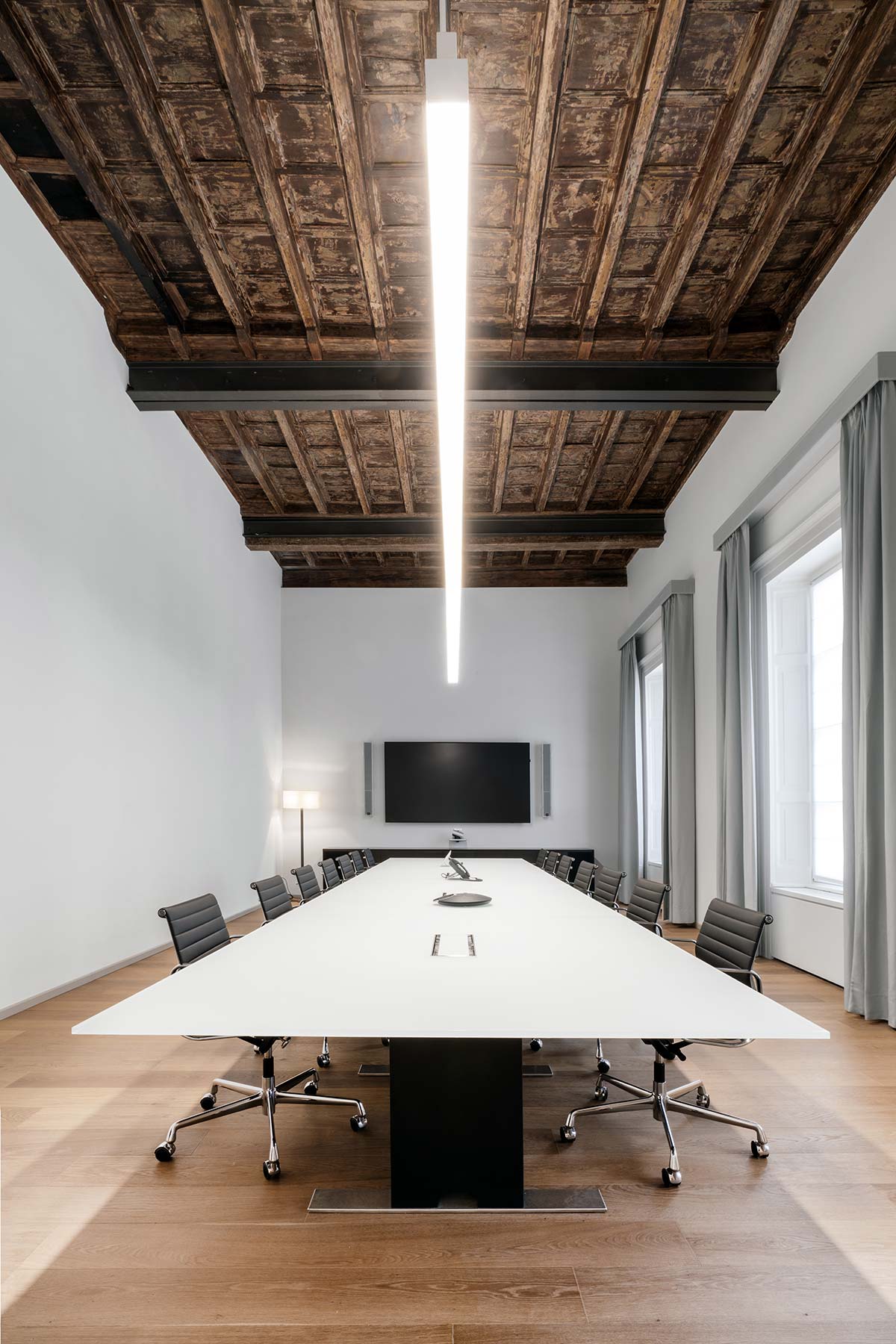 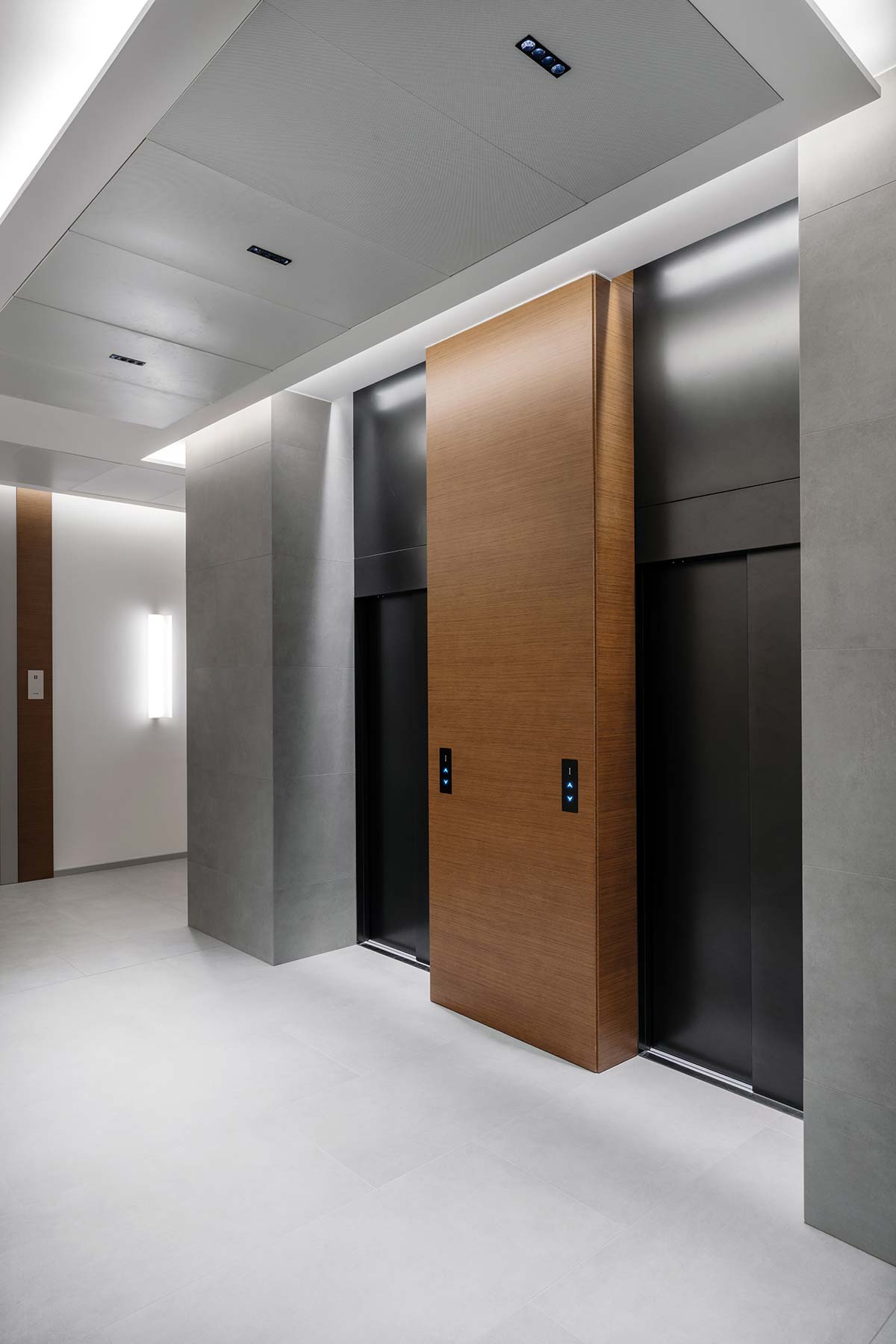 Continuing to the first floor, which contains twelve meeting rooms and service spaces, the careful operation of connection of the units between the two palaces can be clearly observed. The second level, also based on the unification of the spaces shared by the two palaces, hosts the offices of the law firm and an auditorium with 90 seats. 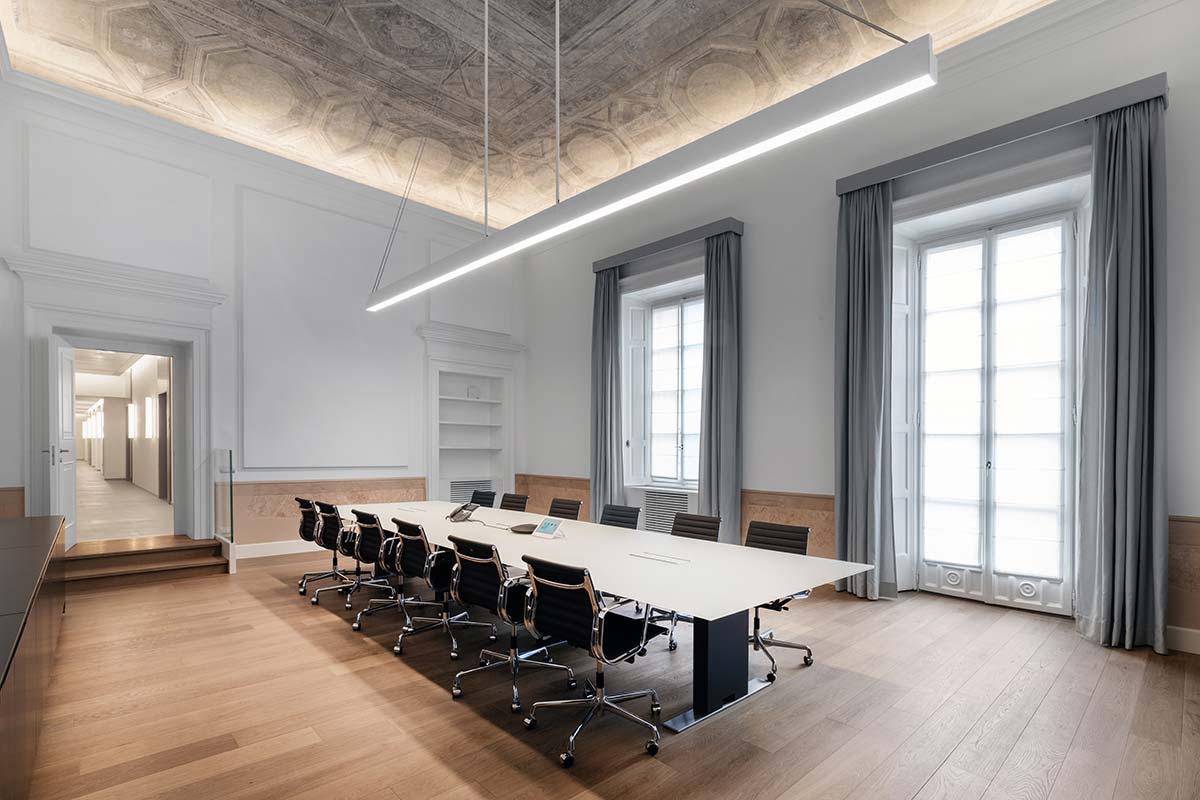 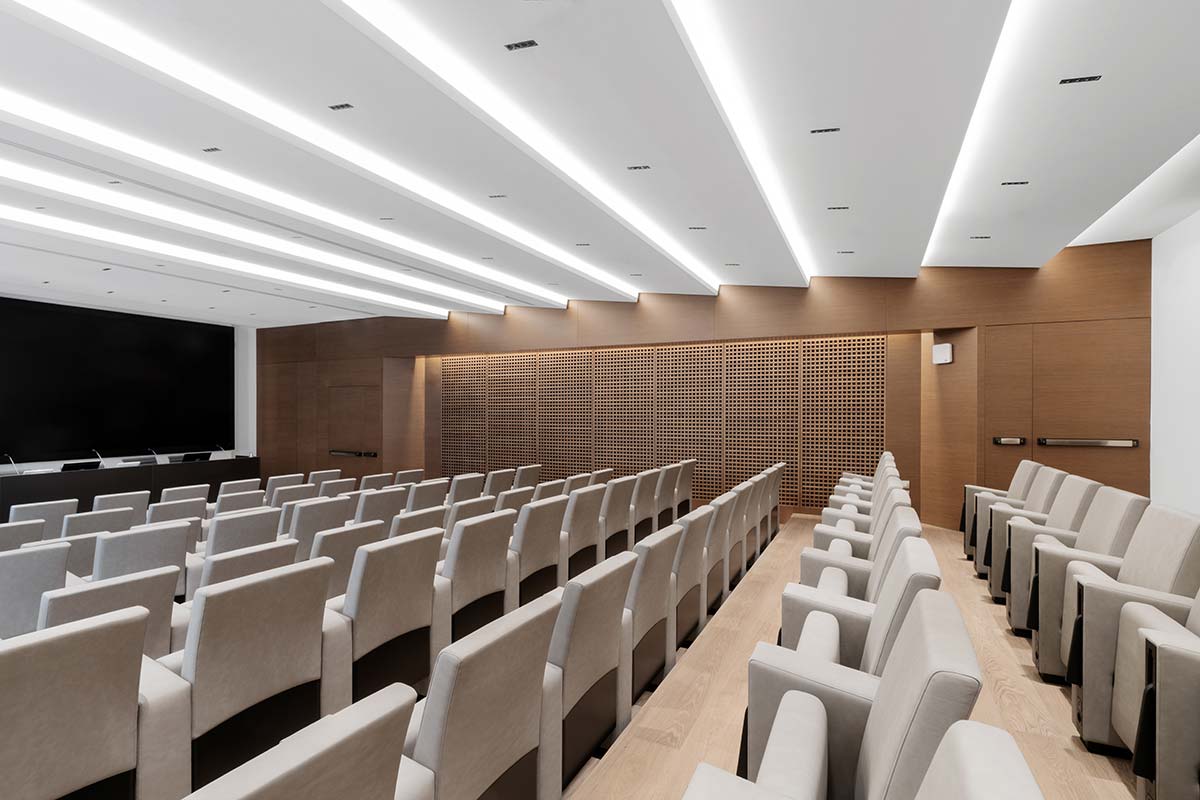 Alongside memories of the past embodied by the splendid Renaissance enclosure – with its elegant frescoed ceilings still visible today in the meeting rooms – Studio Beretta has implemented a minimalist functional design for the workspace, selecting fine materials like paneling in a walnut finish and oak. The temporal dialogue is underscored in the selection of the furnishings, sourced from outstanding names in the field of product design: from Cassina to Vitra, Tecno to Poltrona Frau.

Conjugating the verb ‘to unite’