Cryptocurrencies are a complex world defined with difficulty. Virtual money encrypts information, which is stored in an encrypted form not on a single server, but on several thousand computers at the same time. It might, as such, seem unusual that a company operating entirely in the digital domain wanted a headquarters and a physical presence. Wences Casares, head of the company Xapo hired the Lagranja studio to design its first headquarters inside a military construction – barracks known as ‘casemates’ — built by the British army in 1817 in the heart of Gibraltar’s historic center.

The back of the structure is adjacent to the remains of the original city walls and defensive towers. The front faces Grand Casemates Square, a lively public square with outdoor restaurants and cafes. The historical significance of this emblematic context was not particularly appreciated by the community who wanted a new use for it, both within the realm Xapo’s design and possible social uses. 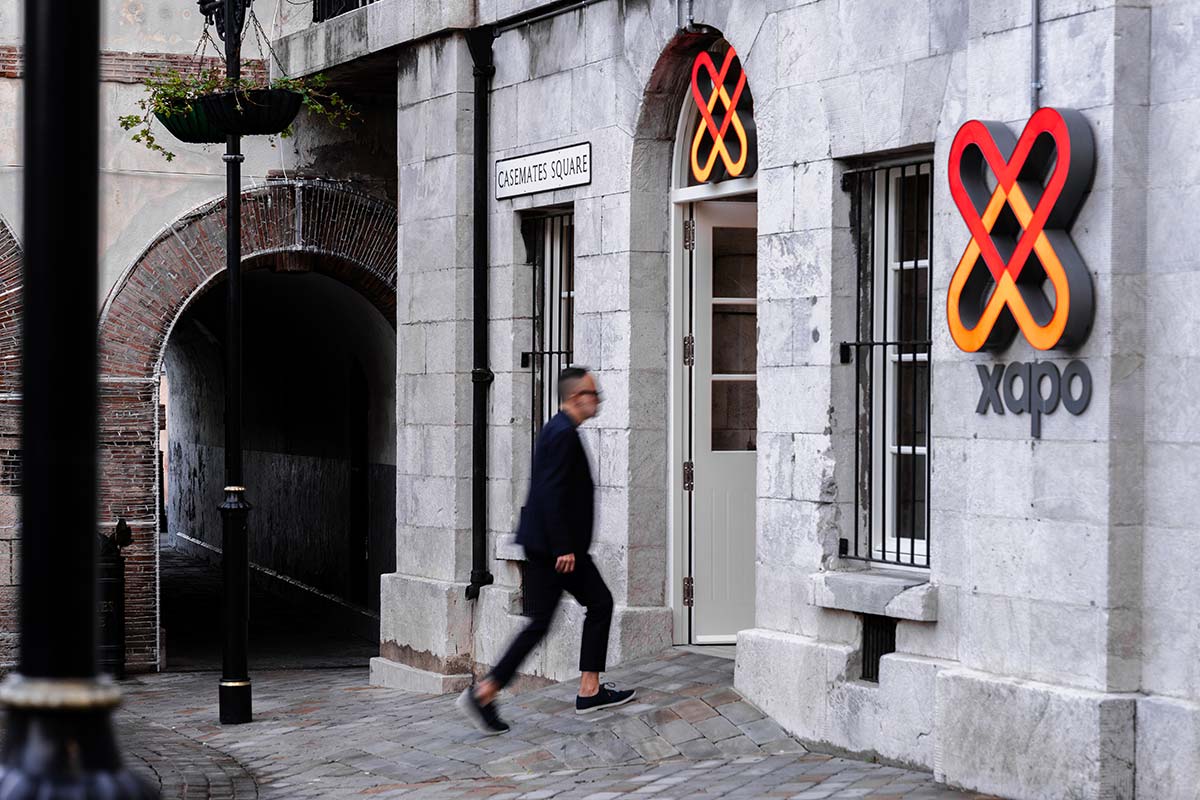 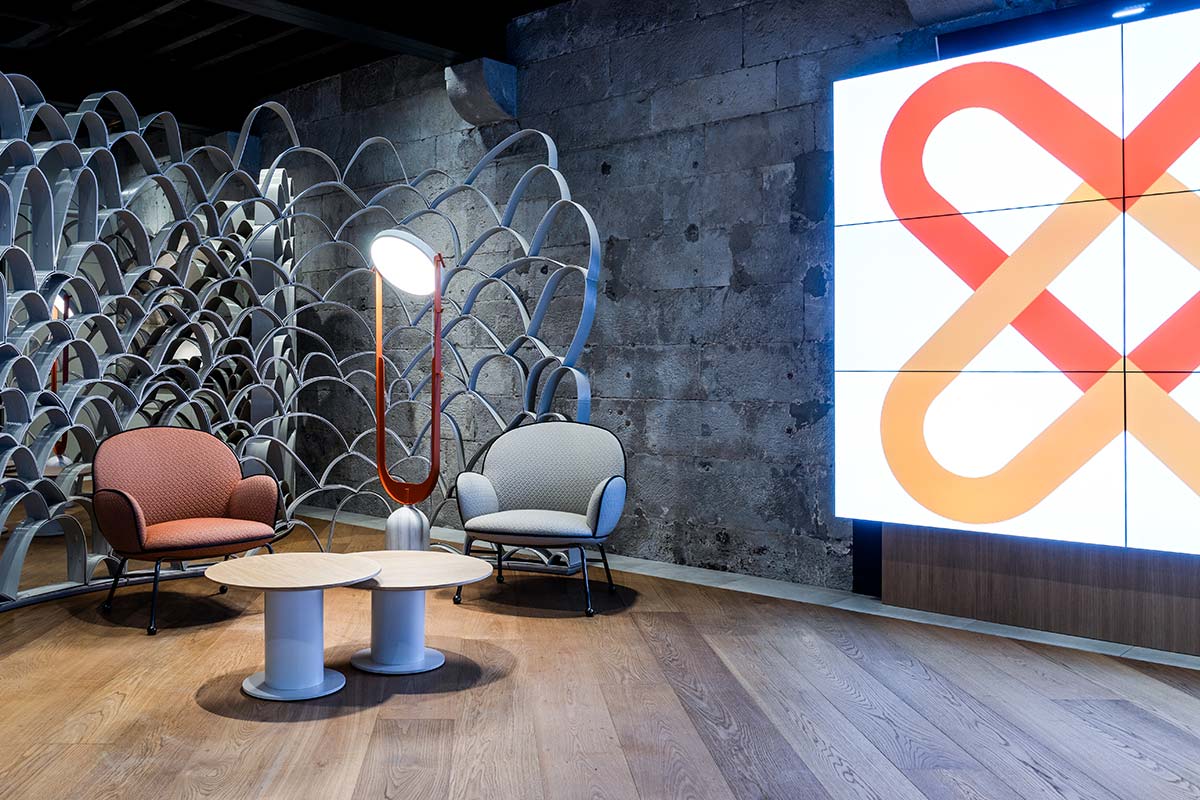 The company spaces cover two arched bays of the barracks complex, a total of 800 square meters, built in local limestone and ceilings supported by original wooden beams. The stone beams and walls have been cleaned and restored to their natural condition, making for an atmosphere like an ancient bank vault.

The Lagranja firm started from a creative cross-pollination between archeology and modern design, designing the interiors with a contemporary office layout and furniture and accessories made with digital processes. This itself is a metaphor, alluding to the rapid, technological change of the banking and currency systems. 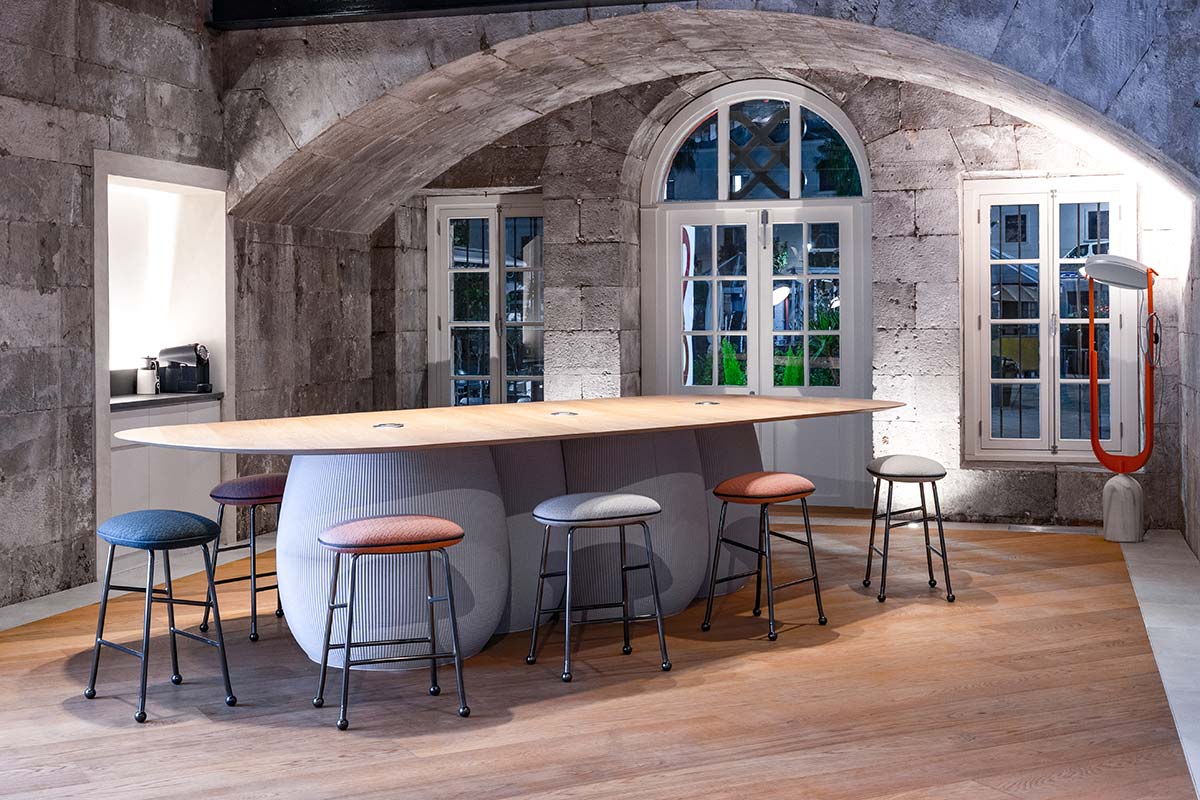 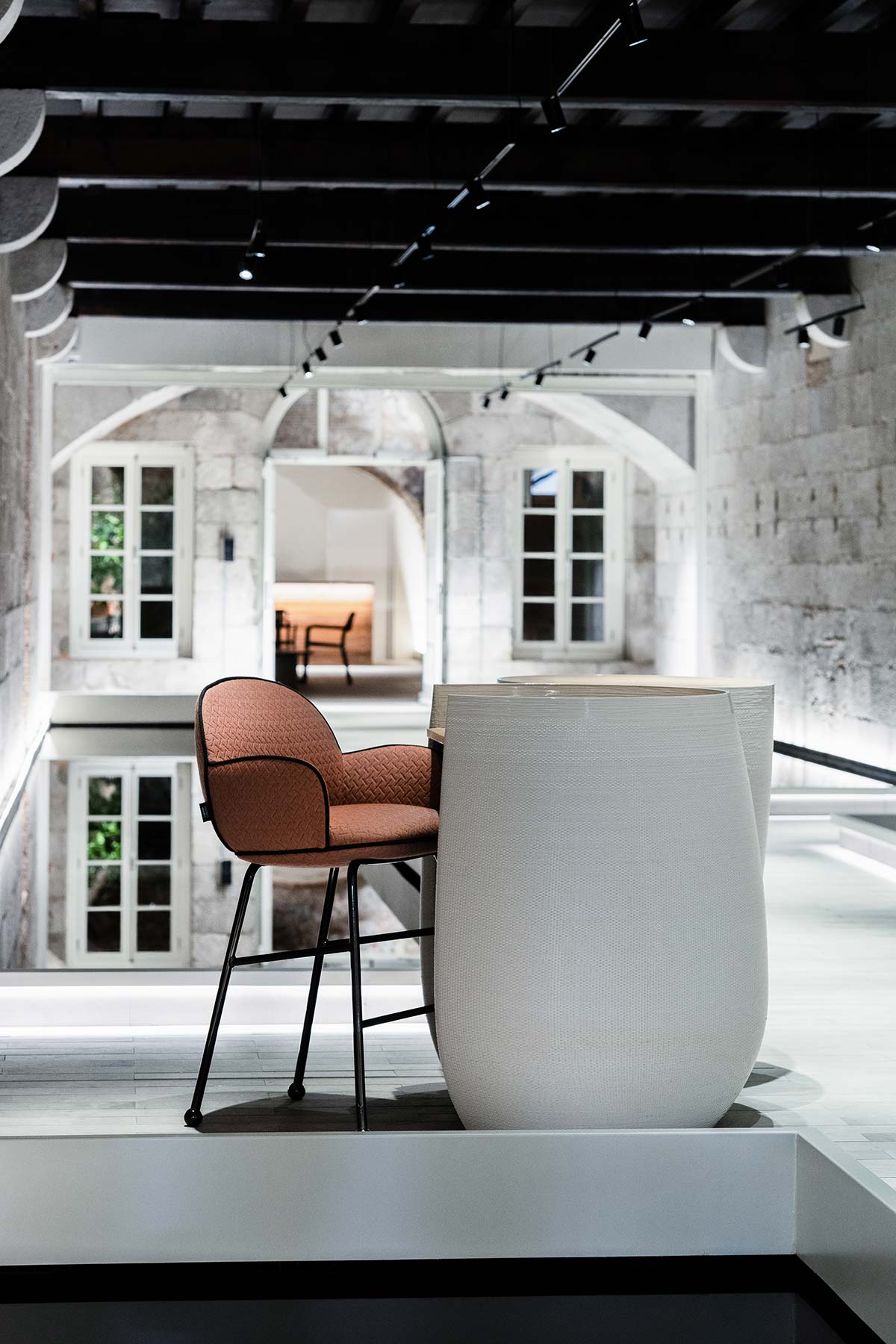 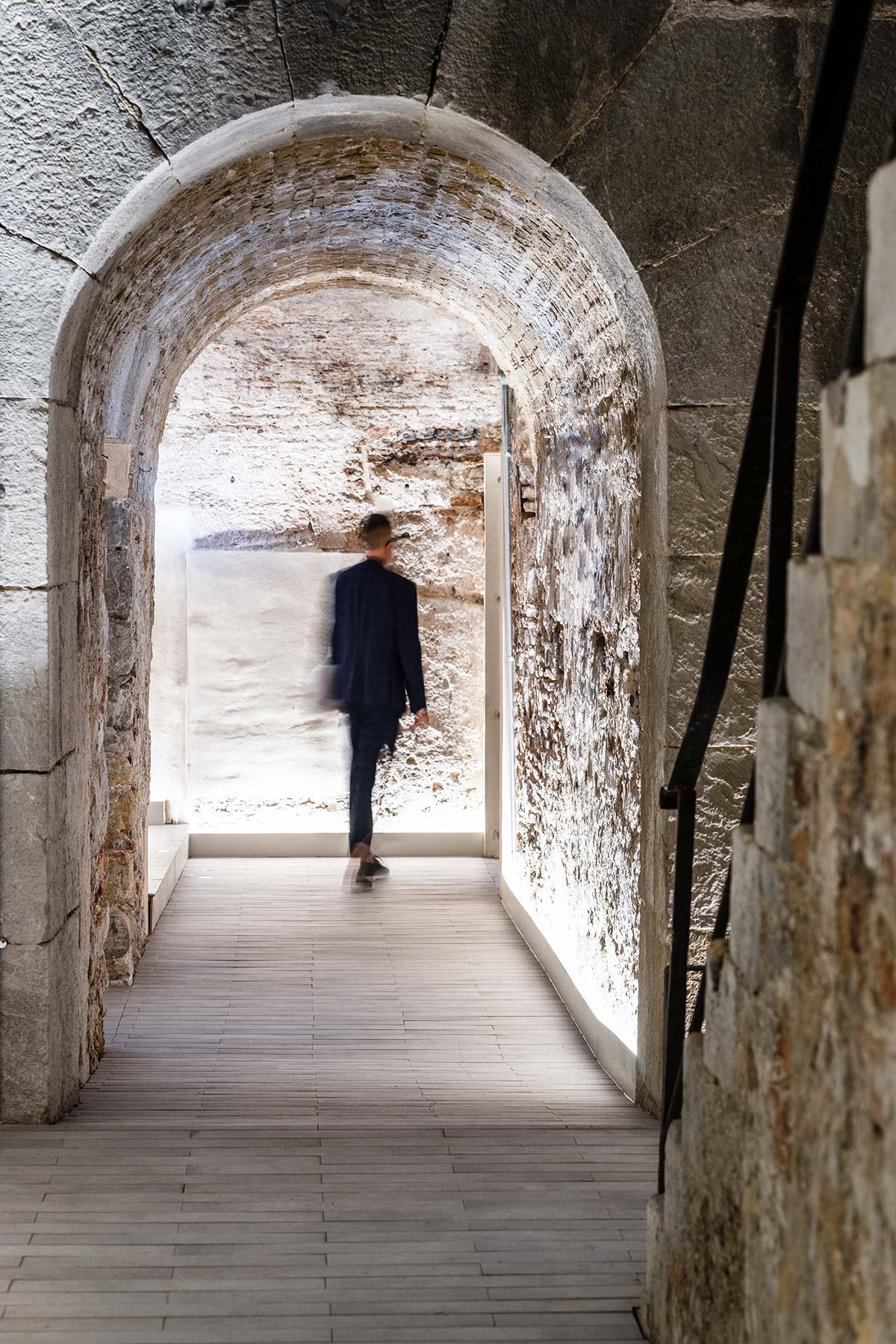 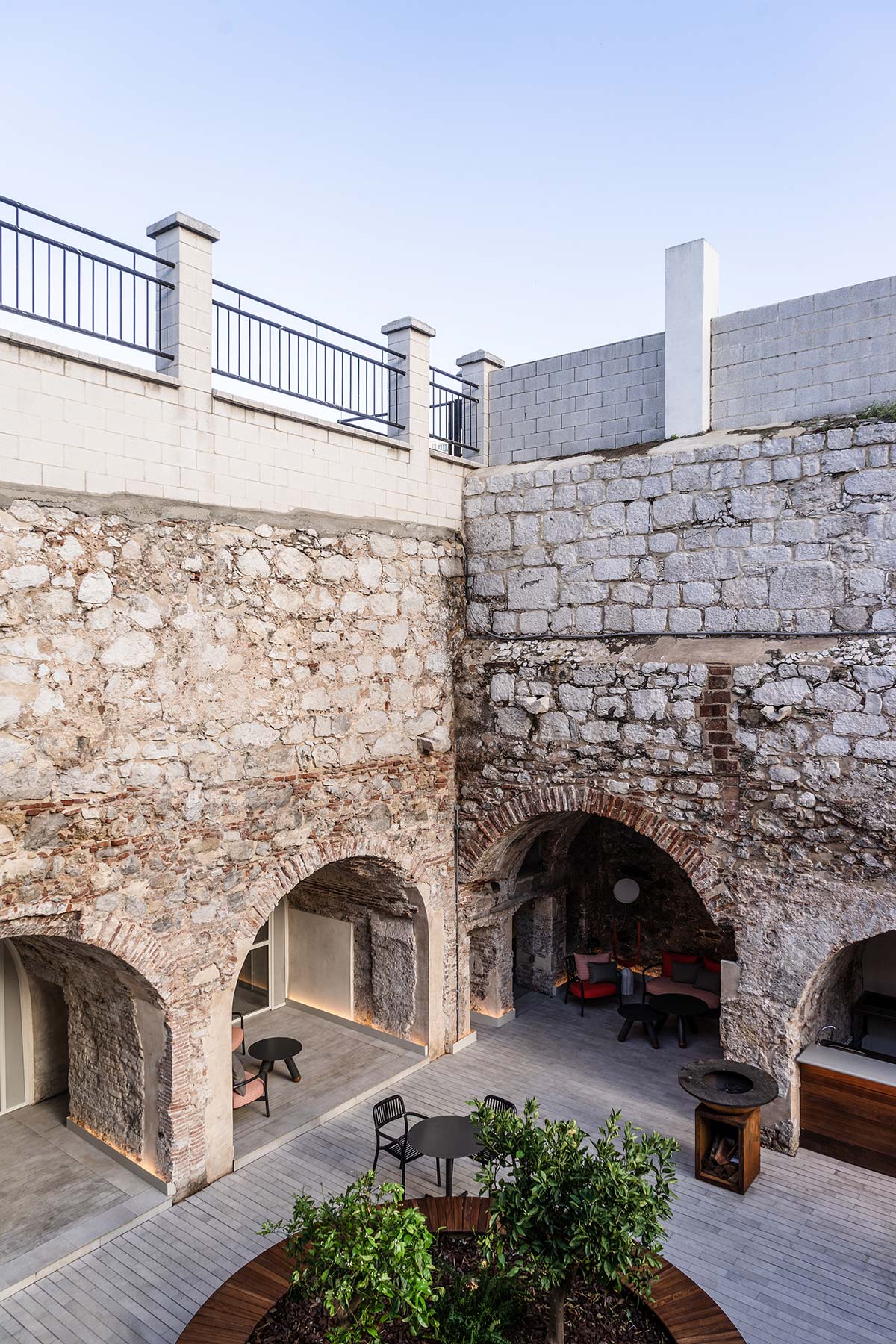 The element of surprise clearly guides the interior design scheme along with respect for the structure’s age. The walkway to the reception area is flanked on both sides by shallow pools of water and continuous lighting, compensating for the structure’s low height and little natural light. At night, laser beams criss-cross the swimming pools and the reception area, making the installation visible from the outside square. 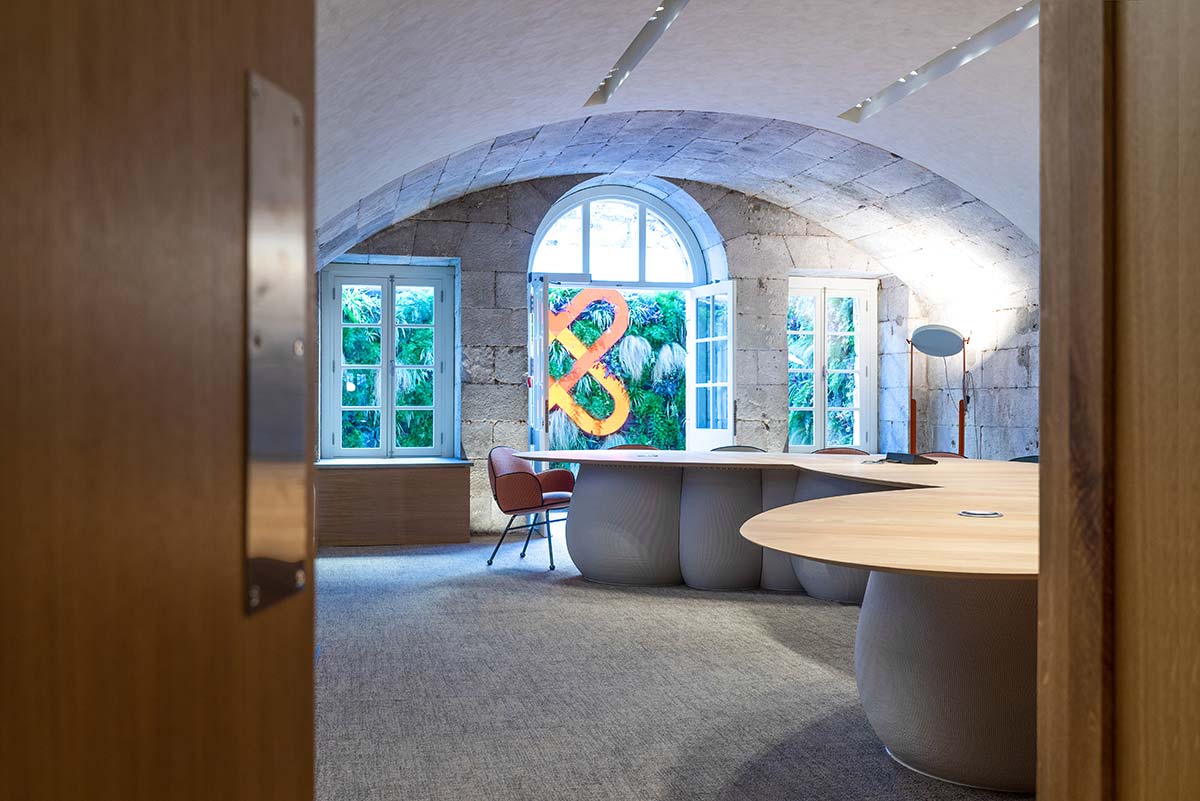 Entering through the stone arches, the ‘bank’ takes physical shape through a series of automatic tellers where clients can manage their cybercurrency transactions. Behind this is a meeting room with kitchenette and lounge area. On the far end, a walled patio opens up, originally and gunpowder warehouse, which is surrounded by the office, divided by glass screens.

Many of the bespoke furnishings were 3D printed in Barcelona with corn-based bio plastic. Modular shapes were chosen with a slightly structured appearance to help create a sense of community and a casual narrative featuring harmonious spaces using shared palette of warm tones. 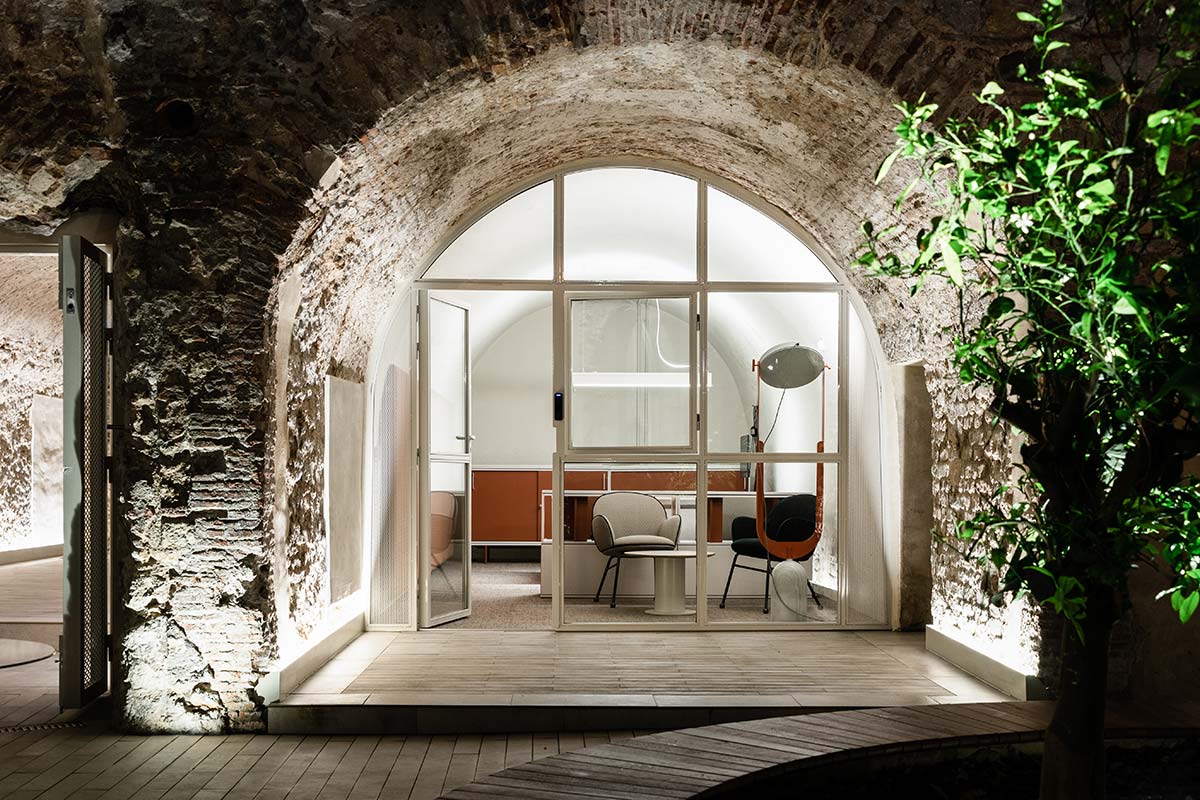 Relaxation starts with a good book