If there is a city that perfectly embodies the mixture of history and innovation, imperial, modern and postmodern architecture, it is undoubtedly Berlin. Taking advantage of the reconstruction after World War II and later after the fall of the Berlin Wall, the capital of Germany has become a true avant-garde design laboratory during the last few decades.

Berlin attracts visitors with very modern structure standing beside historic buildings, all in a perfectly harmonious context. For a thorough visit not even a full week would suffice, but we can try to discover – in nine stops – the most recent and most interesting projects not to be missed by design lovers during a 24-hour stay in Berlin. The itinerary is quite different from the usual tour-guide routes. 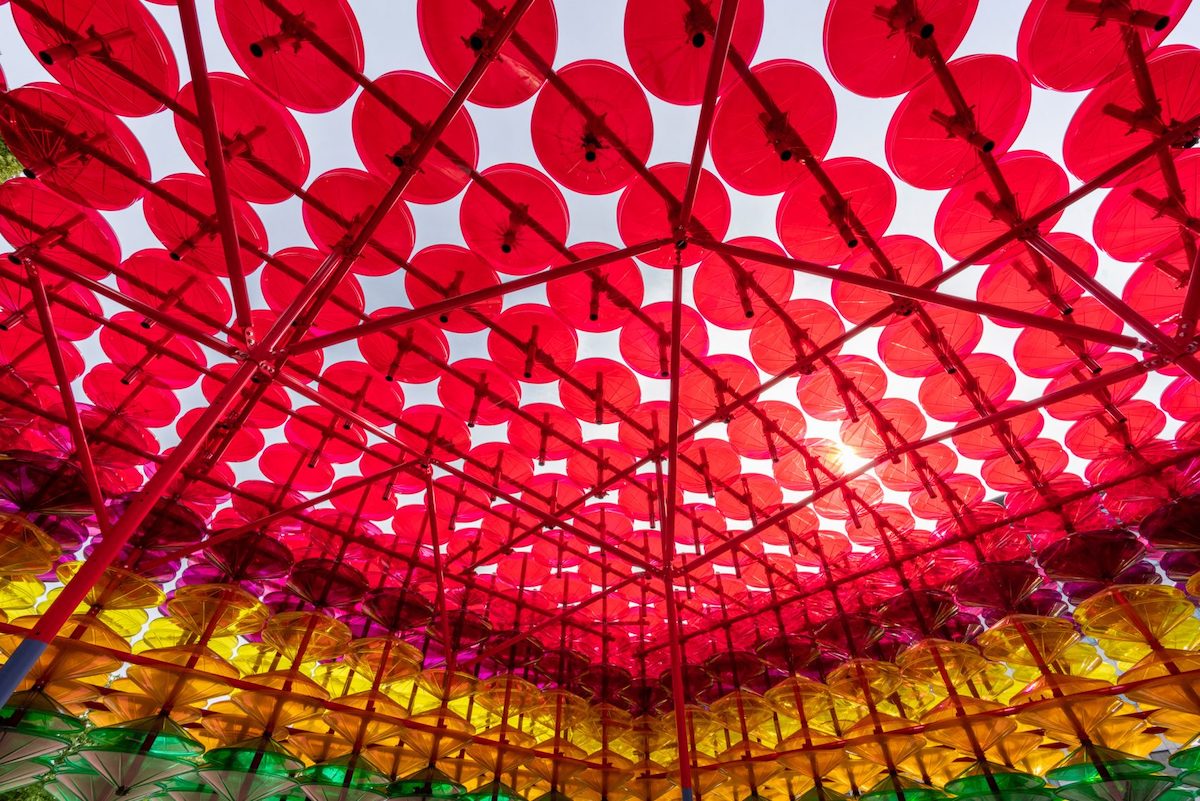 1 – The pavilion by Yinka Ilori
The famous Anglo-Nigerian designer Yinka Ilori has created Filtered Rays, a colorful pavilion for the Estrel Berlin Hotel. The hotel is in the Neukölln zone, right on the Spree River. One of the most interesting parts of the pavilion is its roof, made with many disks of polytetrafluoroethylene (PTFE) supported by reused scaffolding posts. 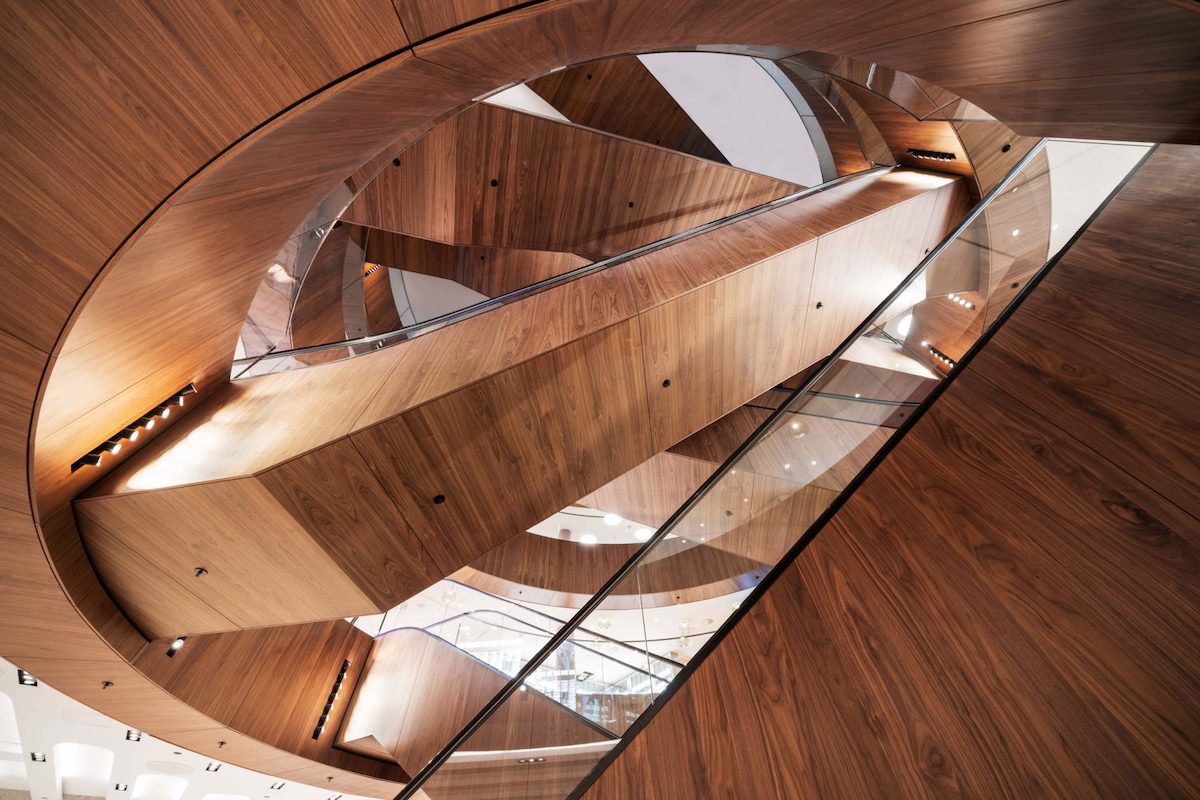 2 – KaDeWe department store
The Kaufhaus des Westens (‘department store of the West’) building, or KaDeWe as Berliners have always called it, was recently renovated, in a project by the architecture firm OMA. The nine-story building has been divided into four different sections, each arranged around a central atrium. The focal points are undoubtedly the escalators connecting the various levels, finished in wood. The idea behind the renovation is interesting, with each of the four quadrants having a different street entrance, and four different architectural themes: classic, experimental, young and generic.

3 – Anoha – the Children’s World of the Jewish Museum
At the center of the exhibition space of the Jewish Museum Berlin, recently renovated by the architecture studio Olson Kundig, stands ANOHA: an enormous Noah’s Ark. The structure becomes a place for discovery, exploration and play offered to the younger visitors. The ark has an area of 585 sqm and is based on two apparently different sources: an ancient Sumerican text that describes a circular ark, and Space Station V, the spaceship in the film by Stanley Kubrick, 2001: A Space Odyssey. 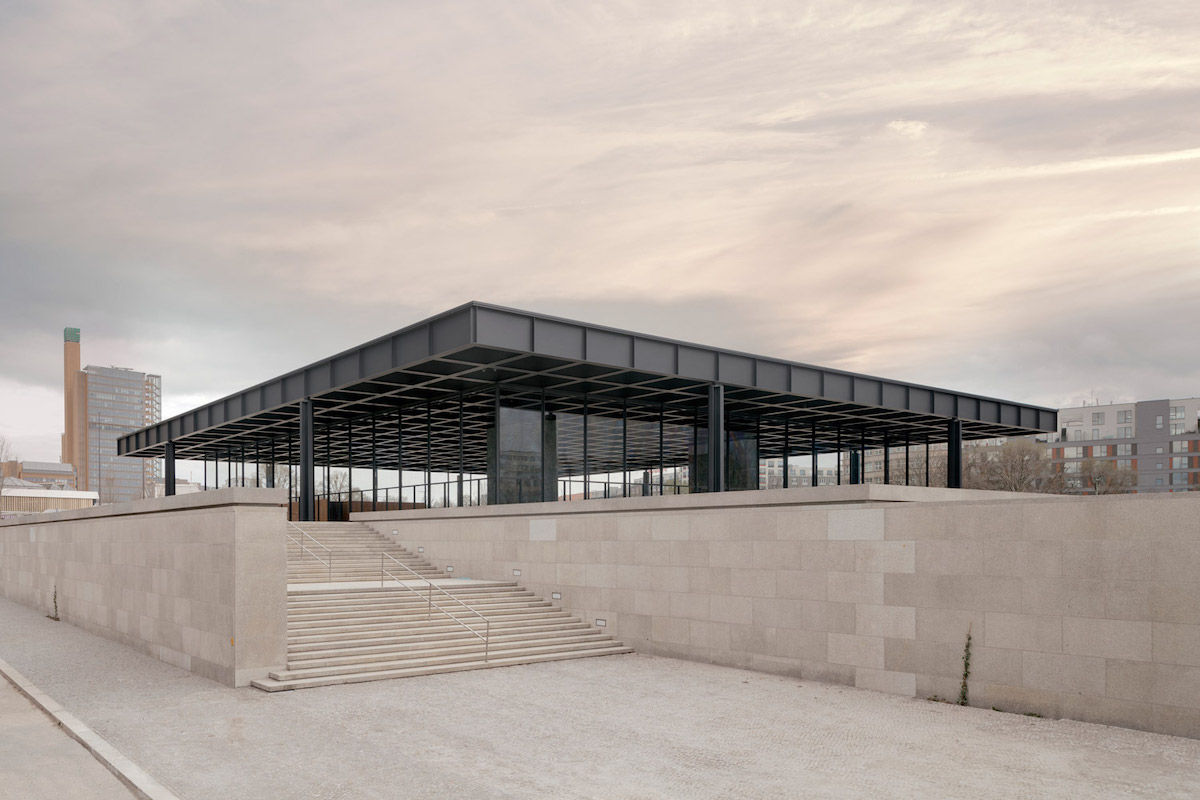 4 – Neue Nationalgalerie
The Neue Nationalgalerie of Berlin designed by Ludwig Mies van der Rohe has been an icon of 20th century architecture since its construction in 1963-68. During 2021 it was completely renovated in a project by David Chipperfield, who has created many important works in Berlin. The steel and glass structure has been renovated and updated, conserving its original image. The idea was to intervene on the original building, protecting its essence.

5 – James Simon Galerie
The James Simon Gallery (opening photo) is located on the Museum Island, the part of Berlin set aside for exhibition facilities. The gallery is named for the patron of the arts James Simon, who donated his art collection of extraordinary value to the city at the start of the 1900s. The building was opened in the summer of 2019, and was designed by David Chipperfield (also behind the renovation of the nearby Neues Museum). It contains an auditorium with 300 seats and a modern, innovative space for temporary exhibitions. The James Simon Gallery stands on an area of 4,600 sqm, with an evocative stone base, creating a large terrace overlooking the Spree. 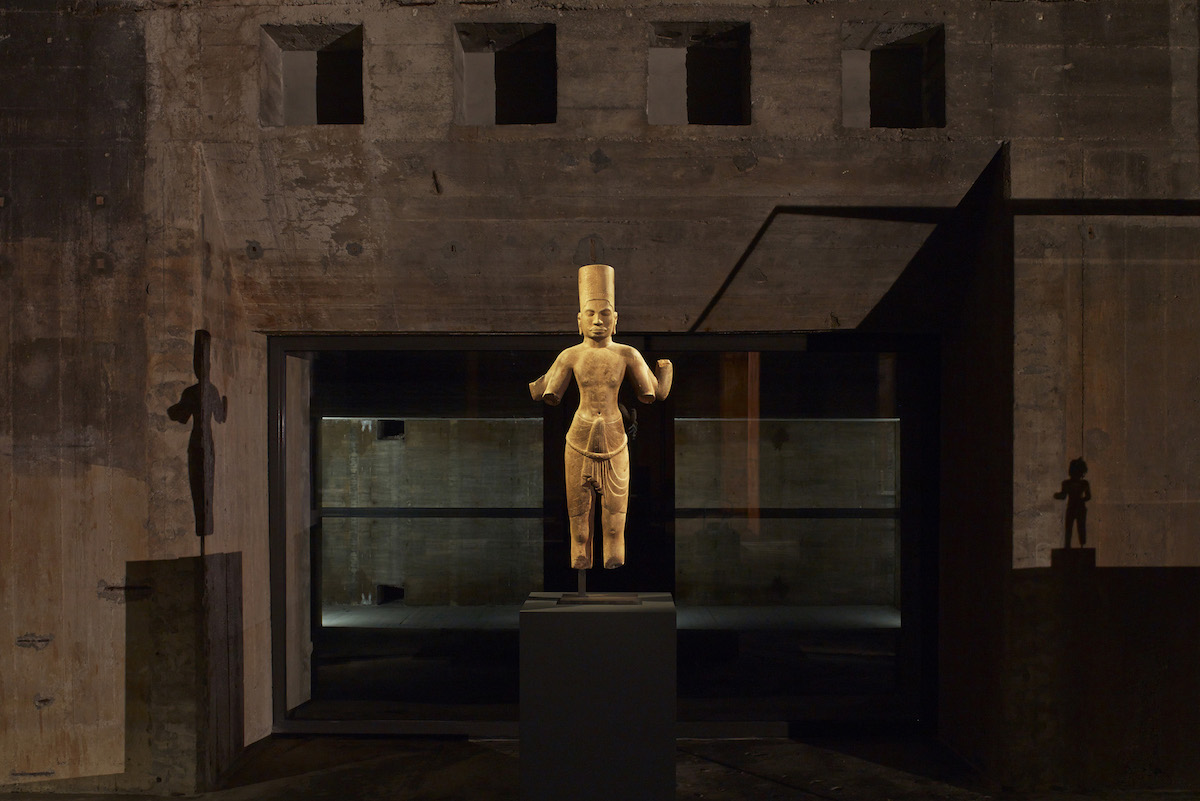 6 – Feuerle Collection
This splendid exhibition space contains the Feuerle Collection, a non-profit organization founded in Berlin in 2016, and it has one truly unique characteristic: it was made inside a former telecommunications bunker utilized during World War II. The design is by the British architect John Pawson, who has decided to mix different cultures inside the structure, offering visitors a new perception of historical art. The Feuerle Collection covers an area of 7,350 sqm and contains two main exhibition halls, a Sound Room, a Lake Room and an Incense Room.

7 – Galerie König
In Berlin you can also see a modern art gallery in another unique location: a deconsecrated church entirely in concrete, in full Brutalist style (formerly dedicated to Saint Agnes). The Galerie König, which enjoys a worldwide reputation, presents exhibitions by international artists, both high acclaimed and emerging talents, in a meeting point of various forms of expression. 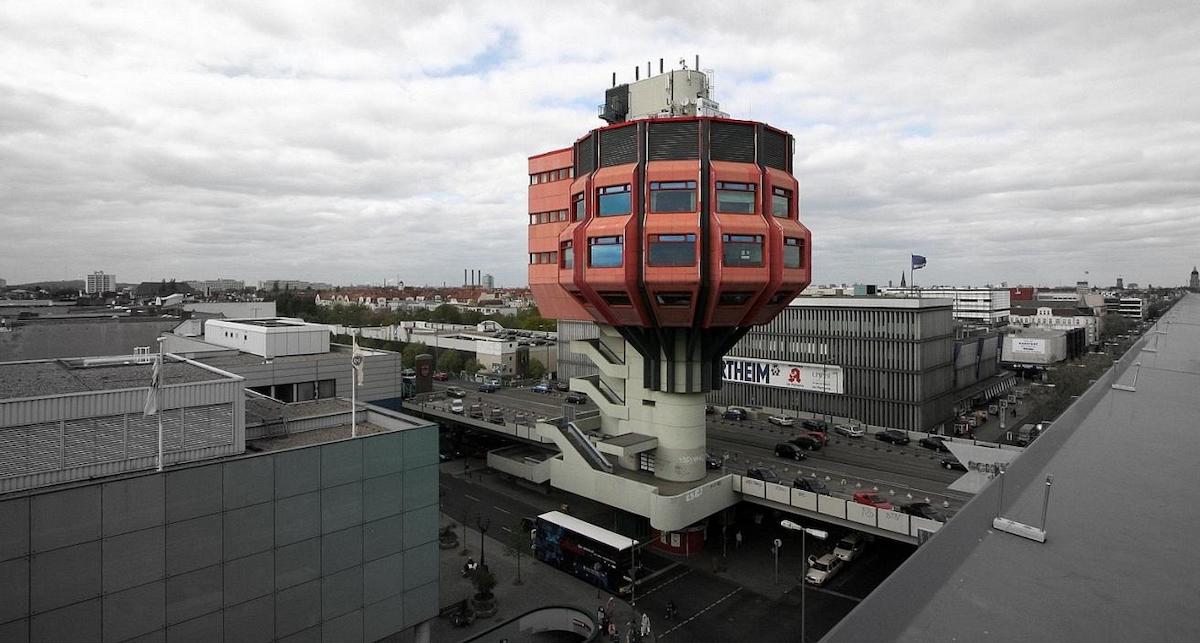 8 – The Bierpinsel
The Bierpinsel is one of the most particular design structures in Berlin. Its literal translation is ‘beer brush’ and it stands in the iconic Steglitz district. The big brush was built from 1973 to 1976, with a base in concrete and a multi-story structure in steel. For many years this was a restaurant, and today it hosts street art projects. 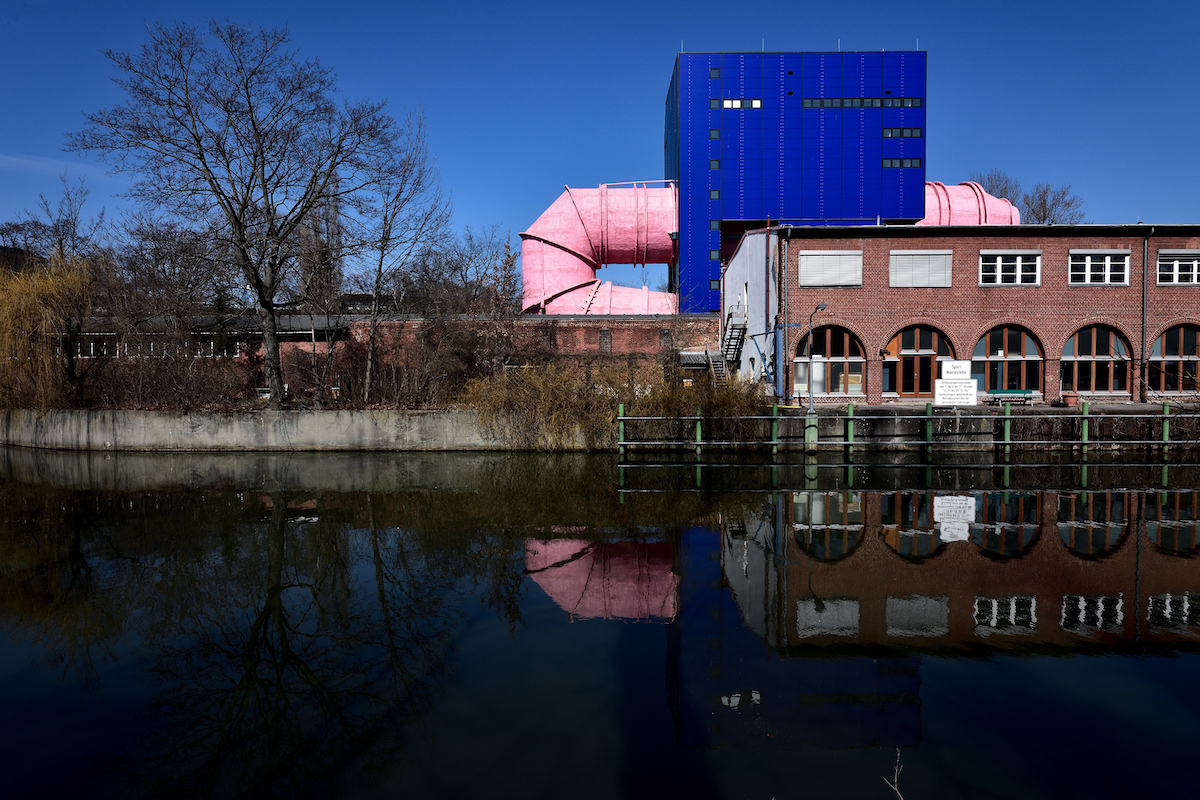 9 – Umlauftank 2
Many people see this as the most intriguing building in the city. It is inside the Tiergarten, along the Landwehrkanal, and looks like an enormous raised block. Its architecture is truly unique because the technical nature of the building (belonging to the research center of the Technical University of Berlin) is not disguised but instead displayed, standing out for the pink and blue hues of its main parts.

Toronto, past and present

Cologne: Dolce Vita on the Rhine