The Hotel L’Europe is located a few kilometers away from the gracious colored buildings with balconies and shutters enhanced by carving and floral decorations, the maze of bridges and canals of the romantic, evocative town of Colmar, a medieval gem in Alsace. In a typical trellis house marked by exposed wooden beams and a pitched roof. 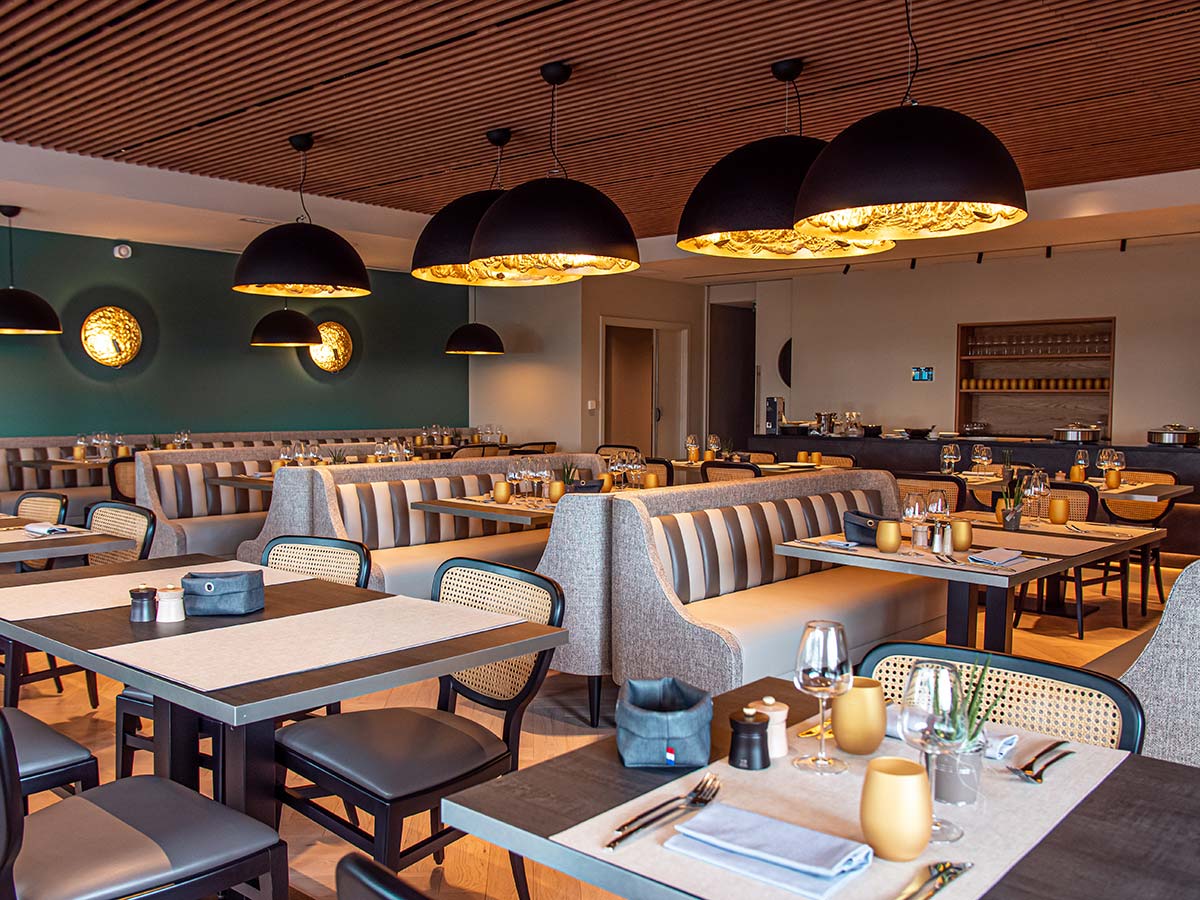 The discreet luxury of the interiors of the hotel has its roots in Nordic style, governed by the warmth of local natural materials but also enhanced by precious luminous details, apparently sculptural but also highly functional, linking back to the iconic ‘golden’ design of Catellani & Smith. Decolighting, commissioned to design the lighting of many of the hotel’s spaces, has chosen some of the Bergamo-based brand’s extraordinary creations, installed by Michelsonne. 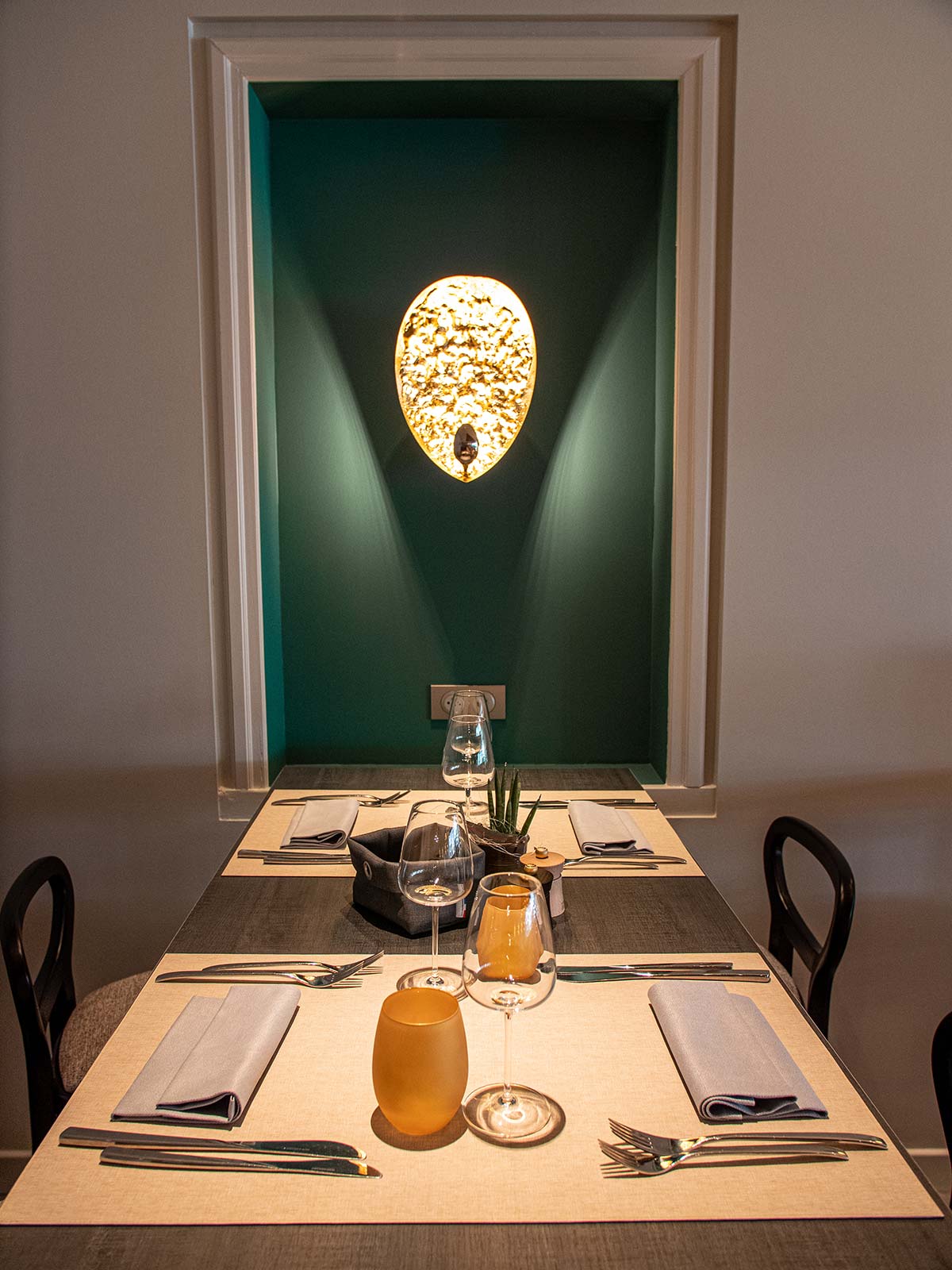 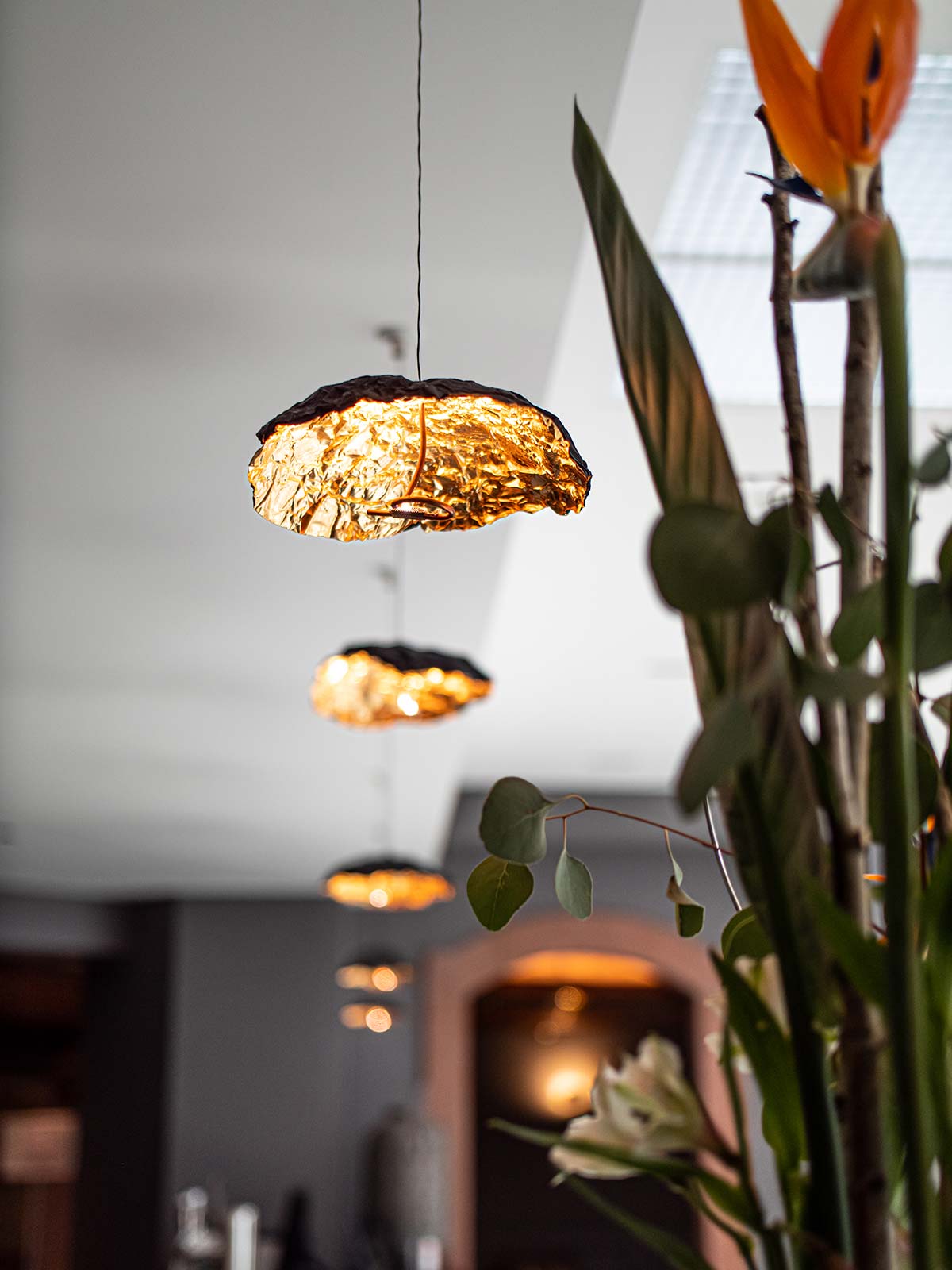 Hotel L’Europe is an exclusive property containing 120 rooms and suites, a ‘bistronomic’ restaurant and a large hall for events. The spacious dining room alternates seating in Vienna straw with diner benches, tuned in a palette of neutral hues like dove gray, beige and other shadings of the gray scale. 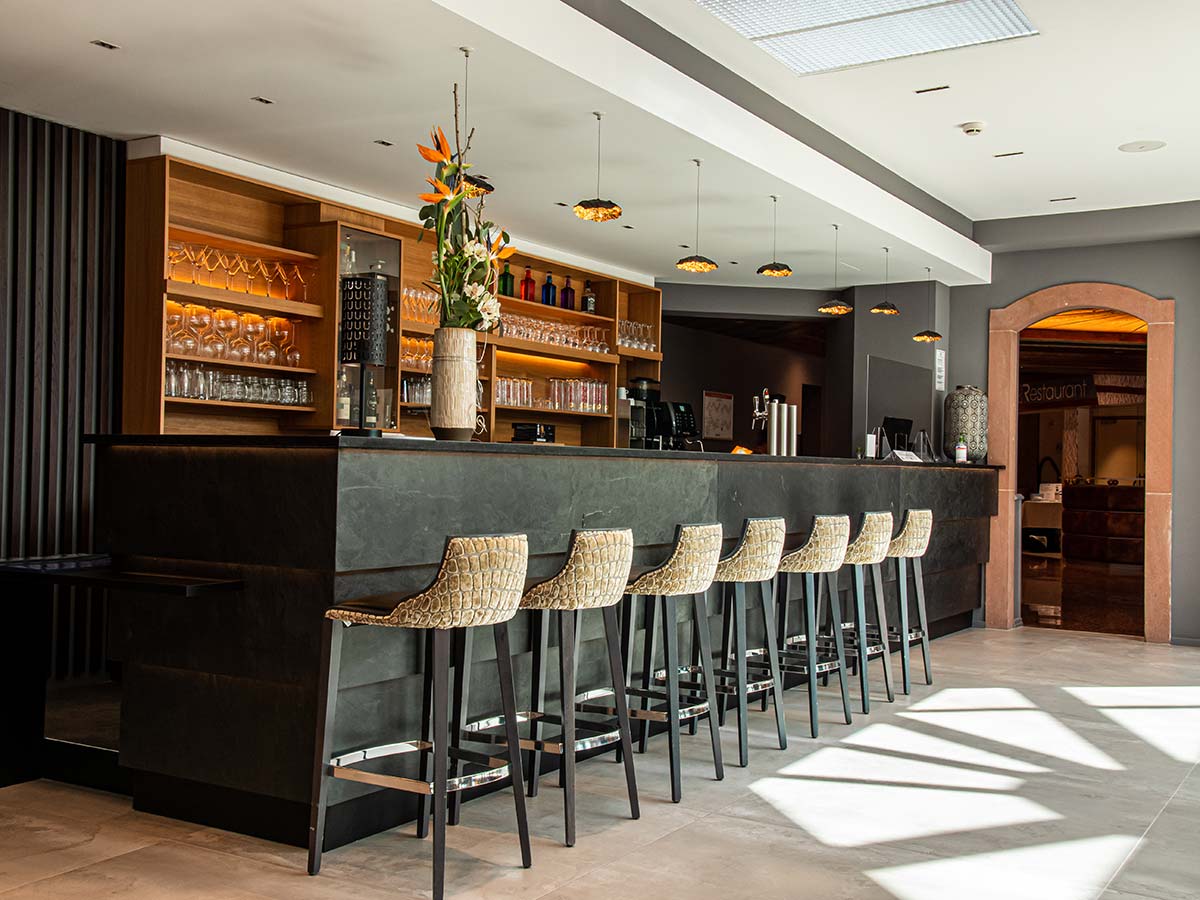 The chromatic delicacy is interrupted by the vivid green of the walls, which glows even more thanks to a rhythmical sequence of Stchu-Moon lamps with a golden, irregular surface. At certain points in the space there are also niches that contain the golden crescent moons of Stchu-Moon 05, while for the wall-mounted fixtures aimed at the tables the choice has gone to the suspension version Stchu-Moon 02. 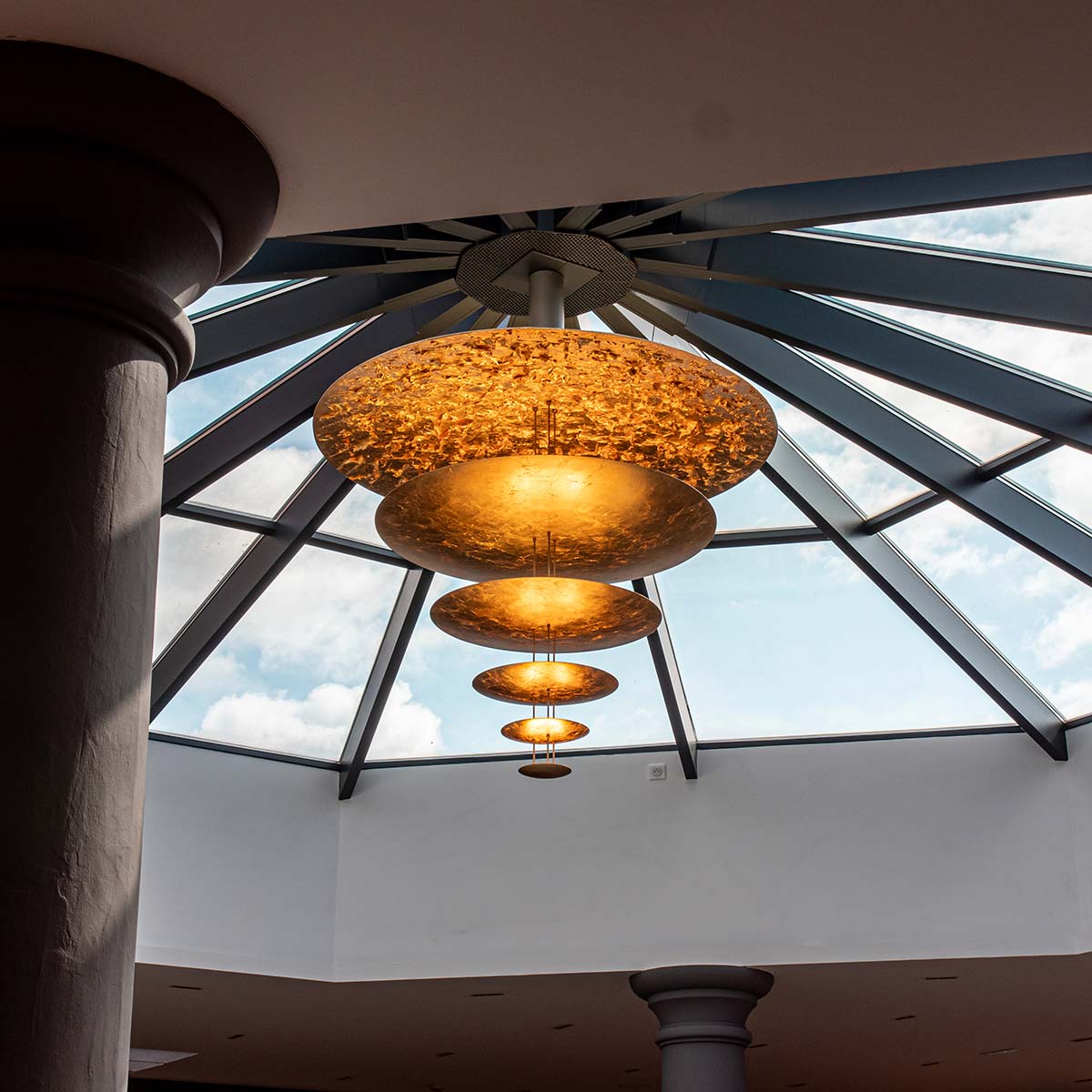 Gold leaf becomes a leitmotif in the various spaces, returning with all its expressive force in the cocktail bar with single Gold Moon elements, in the hall with Lederam W and at the center of the glass dome with the installation of a large customized Macchina della Luce made with six disks in a golden color with an expanding diameter. Finally, the event space is ‘dressed’ with the Fil de Fer Nuvola ceiling lamps, for an evocative decorative effect stemming from the ethereal structure in aluminium wire, enlivened by many tiny points of light. 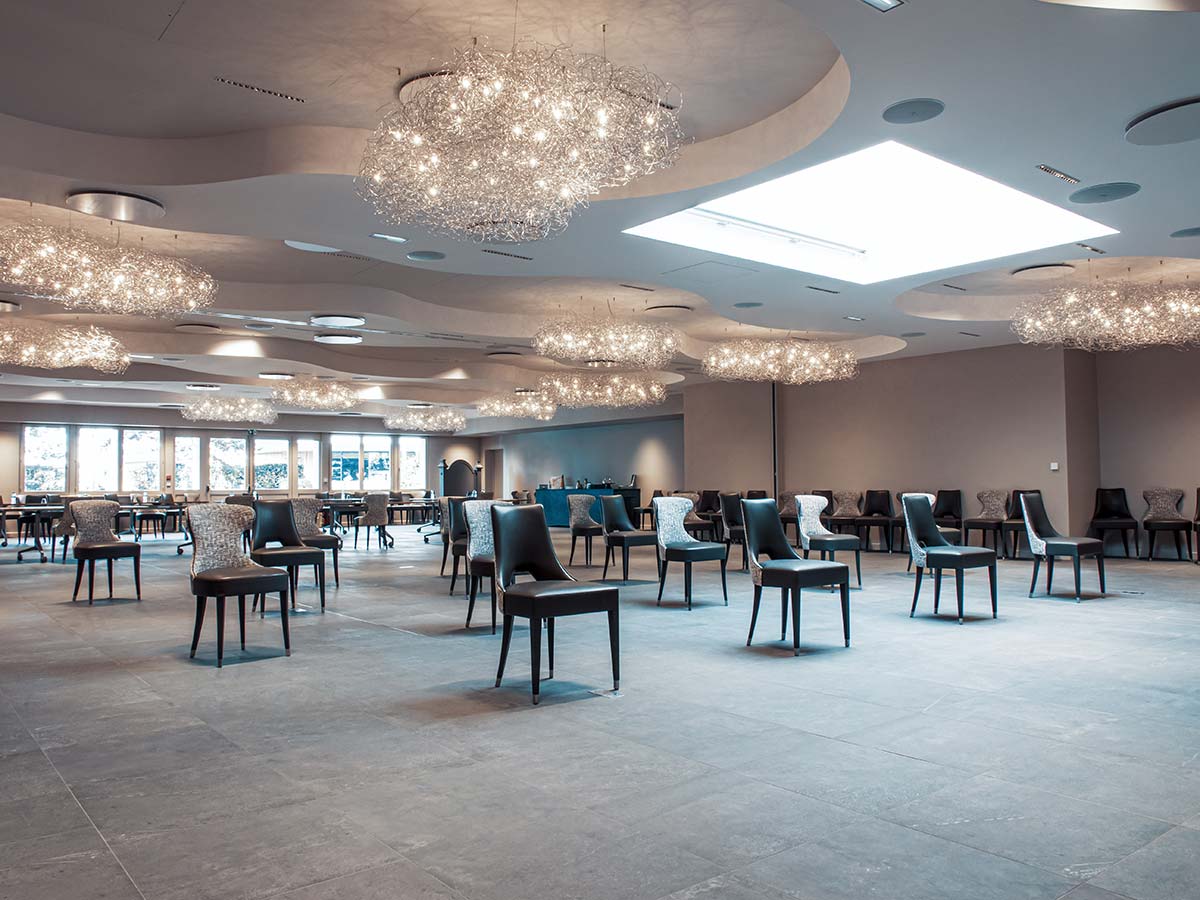 The (re)creative spirit of the Hermès world

The impressive figures of the contract business