Nothing in excess, no decoration for its own sake. This is what Alessi defines as Thingness, the ability to tap the deep essence of the object, its true reason for being. A constant prerogative in Alessi’s design, this concept is summed up in the gesture for which the object was created.

It is now the focus of the tenth project in the Alessi 100 Values Collection, the Farfalla nutcracker by Enzo Mari, designed towards the end of the 1990s but never produced until today. A product formulated by a few precise signs, striving for pure essence, an expression of the almost Calvinist approach of Enzo Mari, who assigned a meaning to every choice.

This is why “thingness goes perfectly with his subversive poetics,” says Francesca Giacomelli, curator of the Enzo Mari archive, conversing with Alberto Alessi in the video on Thingness. “But it is not a question of aesthetic minimalism or pure form,” she explains. “Instead, it corresponds to an ethic, the true objective of Enzo Mari’s work”.

The Farfalla nutcracker is precisely like a metaphor of the designer’s research, invented in relation to four different cultures. The culture of industry, with the dimension of the factory; the culture of crafts, in the similarity to the clamps used by carpenters; classical culture, in the reference to a spiral column; a rural culture, reproduced in the gesture of crushing the walnut.

“An allegory of different cultures,” Giacomelli emphasizes, “ that have to form an alliance to make a product have meaning, granting dignity for those who work to manufacture it”. 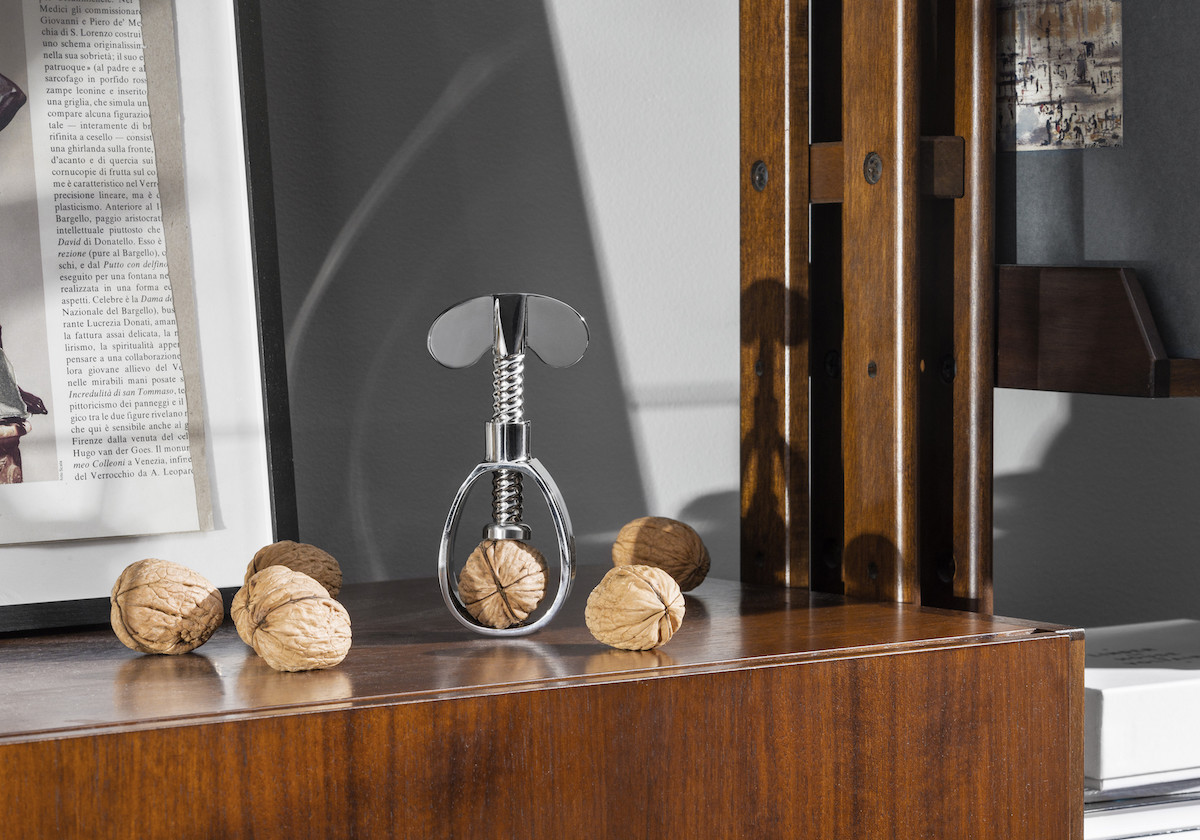 So Alessi pays tribute to its Thingness, also with another digital video starring the chef Pietro Leemann of Joia, the first vegetarian restaurant to receive a Michelin star. The factor of affinity? A project of haute cuisine guided by pursuit of essence, reflected in the purity of ingredients and their transformation “to arrive at a more interesting substance,” the chef says, “in which to find profound, satisfying happiness”.

Loro Piana Interiors and Raphael Navot: the future is soft

Journey to the center of the house

Memphis: the elegance of kitsch

Ductile as a stone