The concept of time has always permeated the philosophy of David Dolcini, and thus also his design. “The necessary time,” he called it in a recent conversation. “Necessary to grant the right value to objects and to allow new sensations to come to the surface.”
Today, two years after that encounter that left perspectives and reflections open ended, the Milanese designer is back with an evolution of his poetics. This progress meets with concrete implementation in a term and in an exhibition: Timemade. “It is a way to rethink the idea of the time of doing, the time of things and of people.”
Timemade – previewed at the Riviera creative hub in Milan, until 8 February – is therefore the tangible result of aesthetic research “that stems from fully grasping what I love, with the curiosity that guides me to learn, and then to discover that these passions are not so very far apart.” 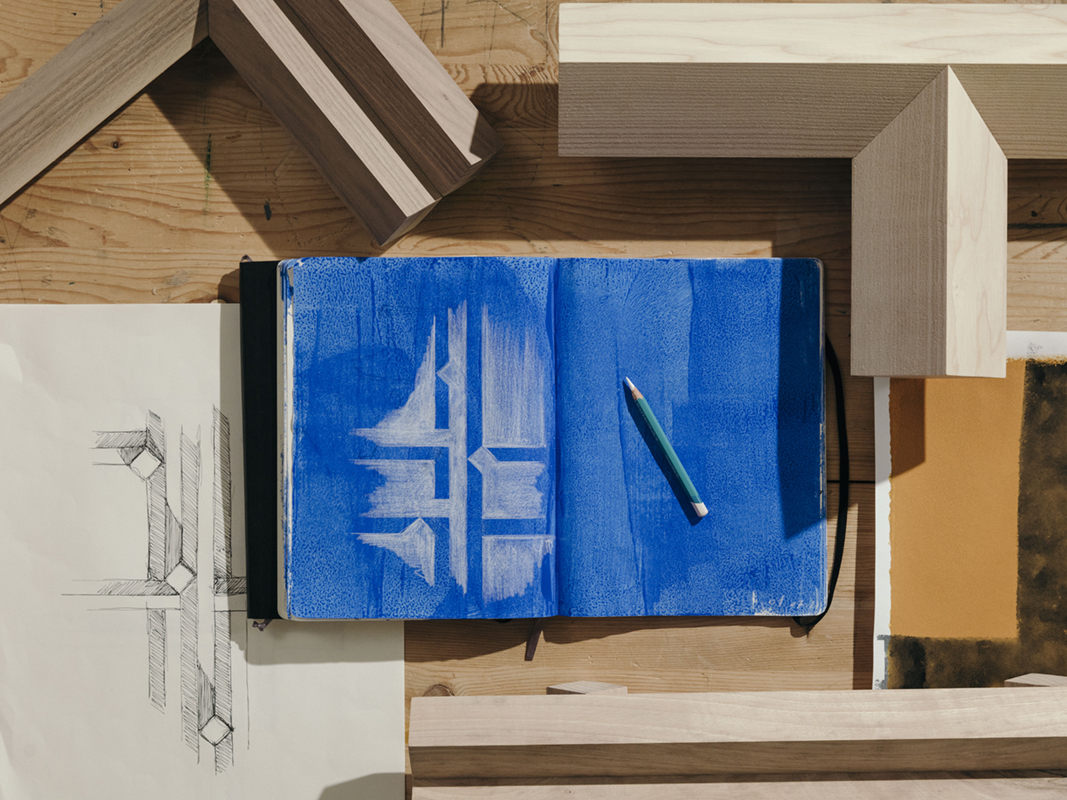 From cabinetmaking to botany to oriental art: everything is amalgamated and merges in this personal exhibition, that is transformed into a journey “at a slow pace” in design, through objects that set out to narrate something about their material make-up, and about the evolution of thought behind the design.
“Everything I do, from research to creation to the use of materials, is a process that requires its own intrinsic timing, which has to be respected and followed. And I believe this is what we human beings ought to do in relation to the world.”

Wood is the leitmotif of the three series of objects presented in the show (a material, not by chance, that adapts perfectly to the “time of work”). In Innesti the pieces reflect a logic of joining, of grafting, which can be observed and deduced from the lines of the surfaces. An idea that comes from a book on botany given to Dolcini by his brother.
When momentum projects outward from a joint or a surface, one has to reflect not only on the inside and the outside, but also on the volume of emptiness and that of fullness. In other words, where the volumes intersect: this leads to the series Overlaps.
Finally, the thinking evolves in Tralci: a coherent assembly, which still conceals the cuts between the angles, arranging the volumes by conducting them along perpendicular lines.

Matter, form, but not function. All the objects, in fact, are a-functional, completely pure: “their aim is simply to express my thoughts.” At the center of Timemade, then, we can see the pursuit of a method that challenges priorities and values; a new experience that reveals freedom.

Earth: a most un-elementary element