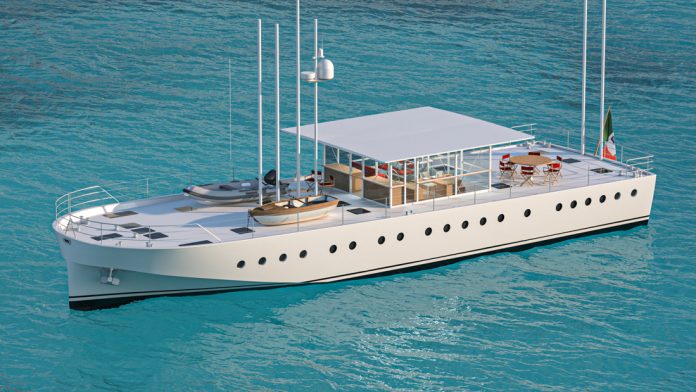 “An ocean of silence flows slowly,” wrote the singer-songwriter Franco Battiato. A spiritual dimension that thrives in the Zattera 24m, based on an idea of Renzo Piano and Olav Selvaag developed by Nauta Design and Francesco Rogantin.

A boat, more than a yacht, stemming from the dream of sailing slowly, silently, listening only to the sounds of the sea.

The vessel presently under construction at the shipyard of Castagnola Yacht in Lavagna stands out for its pure, simple hull made entirely in wood, the ecological material par excellence, but with contemporary lines.

The clean lines are emphasized by the superstructure in the form of a transparent, light glass deckhouse, permitting direct visual relations between man and the sea. Everything has been designed to reduce the acoustic impact of the Zattera on the environment, to move silently at a cruise speed of 10.5 knots, with low energy consumption, listening to the sounds of the waves. 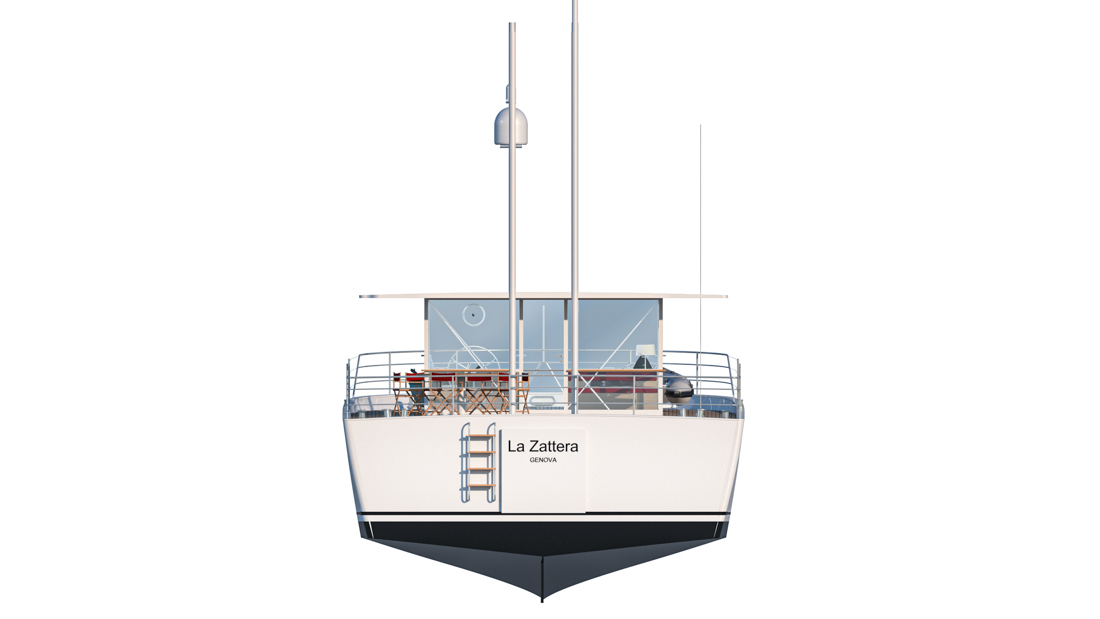 The Zattera will have an owner’s cabin and two guest cabins in the bow zone, with the galley, the crew area and the machine room at the stern. The interiors will have simple, clean lines, ample and constant heights, and lots of natural light with a wide view of the marine skyline, to live in symbiosis with the sea.

Renzo Piano and Nauta Design, both experts on “sailors who have adopted motors,” have developed a series of masts and equipment for movement of tenders, and to hoist the awnings and curtains, fore and aft, in a tribute to the world of sailing, which is still the great passion of the two designers.

Bonaldo & Colonia. A question of affinity

Cologne, the heart of commerce