“We both practice a design made of smiles, levity, fun and good cheer, and this affinity has allowed us to create something completely unique, different, personal, but at the same time consistent.”  Elena Salmistraro sums up the project carried out with her friend, the designer Matteo Cibic, for Scapin Collezioni.

A parallel process but one that contains many connections, generating two collections of unique, eclectic products that draw on the equally versatile fine craftsmanship of the brand. The result is therefore New Atomic Age by Elena Salmistraro – composed of a dining table, a coffee table, a stool and a bench, a coatrack and a vase – and Nazca Booby by Matteo Cibic, including a sideboard, a dining table, a vanity desk and vases.

The names reference a direct source of inspiration, respectively the two decades of the Cold War which produced the movement of Atomic Age design, and the fauna of the Pacific (specifically the appealing Sula birds of Nazca).

“Matteo and I worked along parallel lines, though we have clearly similar views – says Elena. – We are good friends and we had been talking about a collaboration for some time, though we were not sure how to do it, and what to do. So when Arianna called us (Arianna Crosetta, the founder together with Federica Gosio of Studio MILO, art directors of Scapin, ed.) we didn’t think twice, and happily accepted the job. We were well aware of the capacities and skills of Scapin, and the professionalism of Studio Milo. It was almost a natural path, so much so that there was no real initial request, no briefing, but just an informal meeting where we discussed possible techniques and technologies, and decided who wanted to design which things, to avoid overlaps.” 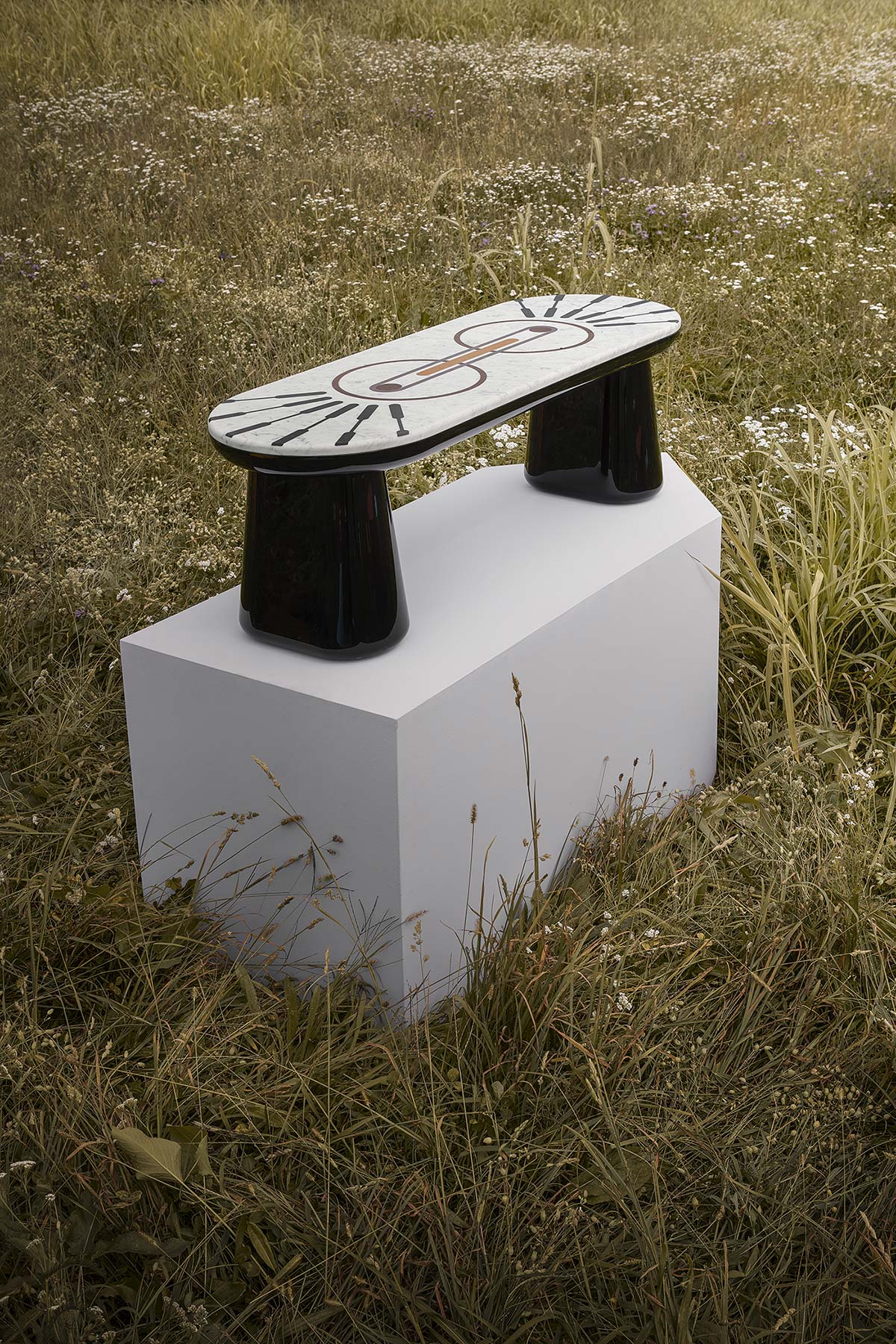 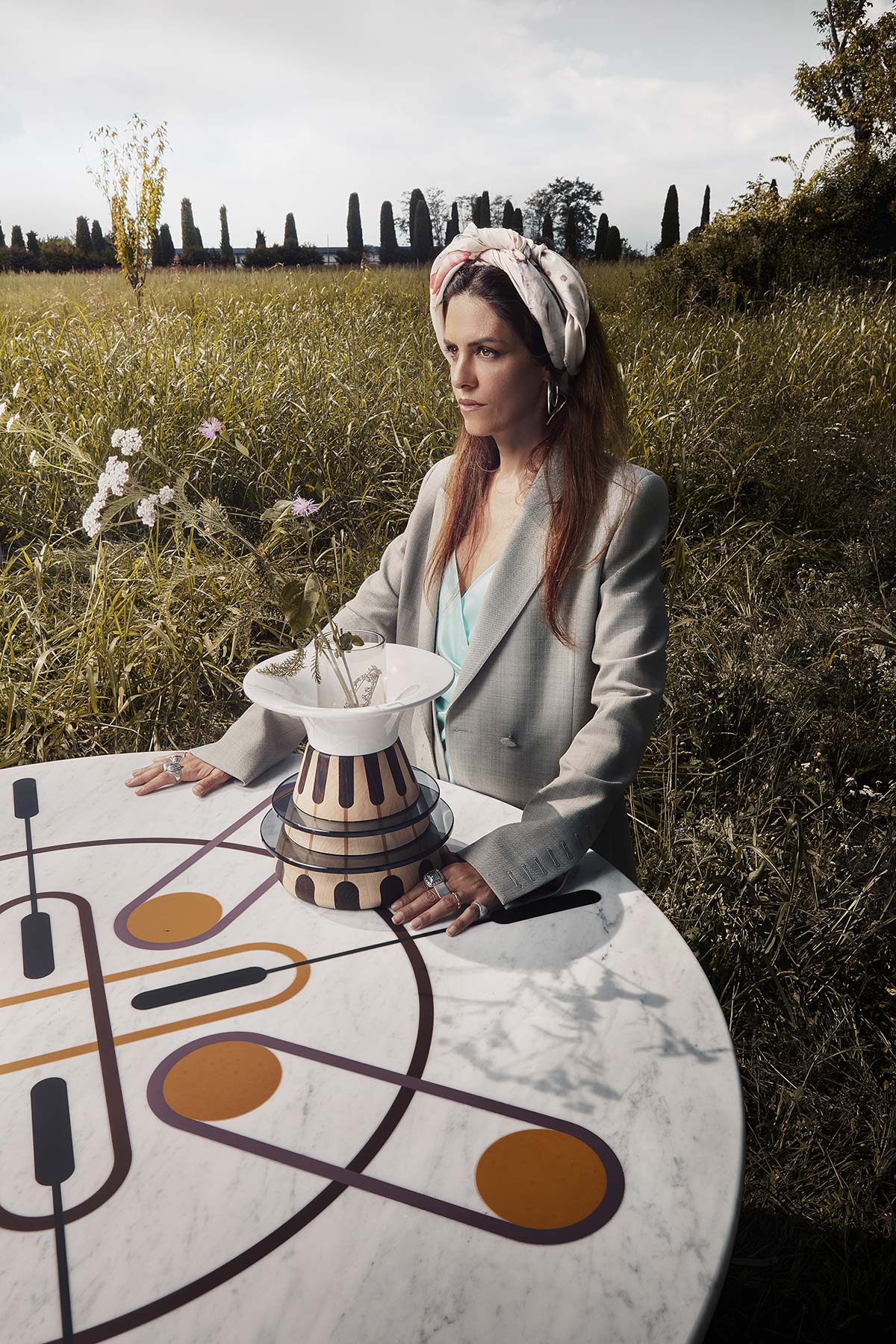 “I decided to call my collection ‘The New Atomic Age’ because at the start of my research for Scapin I ran into a lamp from the 1950s that was particularly striking; so I began to explore, trying to understand how design in those days responded to the fears of the Cold War and nuclear catastrophe, while imagining a better future. This idea of subverting and transforming fears into strong points and energy, to create something new, was very stimulating for me, and has led me to envision a collection with a post-Atomic tone, namely strong references to neo-tribal characteristics, but in any case positive and elegant. On the other hand, I knew that the company would be able to precisely interpret and produce my vision, so I decided to bring out their manufacturing prowess, displaying it in a collection full of inlays, made with the same technique that is used for billiard cues, and full of unique details, like the decorations in resin on marble.”

What to see in Brera Design District