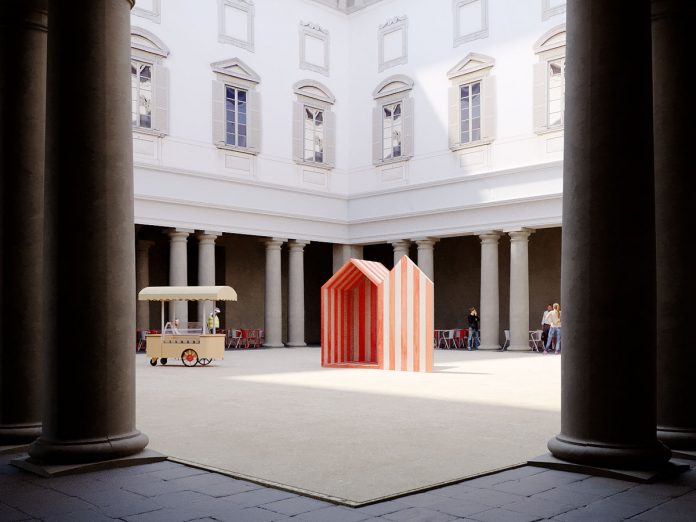 The ample stage of the Fuorisalone this fall also welcomes the 8th edition of 5VIE, with its own exceptional program of events (dedicated this year to the designer AG Fronzoni), from 4 to 10 September. Exhibitions and installations with guests and partners, encounters and talks throughout the central district, but also with digital happenings at the new portal 5vie.it.

“The major themes of social innovation, sustainability, digital media and new growth scenarios” will be on the agenda in the upcoming 5VIE Design Week, which sets out to think about active design, capable of making a “leap forward” while underscoring “the necessity of a restart in terms of a new constellation of values, offering inspiration for all the players in a post-pandemic future.”

The week kicks off with four exhibition-events with an indispensable performative character – from Via Cesare Correnti 14, the headquarters of 5VIE, to Via Santa Marta 18, at the SIAM – gathered under the slogan “Here and now: design in action,” with the contributions of international designers: Jorge Penadés, Sara Ricciardi, Studio Tellurico, Richard Yasmine.

The historic courtyards and beautiful buildings of the city center will host the exhibitions of “Design in Motion”: from Palazzo Recalcati in the prestigious spaces of the Wannenes auction house, with the exhibition “The Celibate Object: towards an art of Réaction Poétique”, to Palazzo Litta, with the traditional Design Variations by MoscaPartners (the courtyard will be for a site-specific installation of Studio Aires Mateus: “A Beach in the Baroque”).

At Palazzo Turati, Masterly is back with the curator Nicole Uniquole to presents “The Dutch in Milano 2021”; while the SIAM building will host – besides the 5VIE productions – five major group shows of international breadth, including Glass Utopia, the exhibition curated by Mr. Lawrence for Craft ACT: Craft + Design Center, for an encounter between Australia and Italy, in a focus on the pathways of contemporary glass production. The show presents works by six Italian and six Australian designers (Elizabeth Kelly, Federico Peri, Gala Fernandez, Jenni Kemarre Martiniello, Liam Fleming, Matteo Zorzenoni, Mel Douglas, Peter Bowles, Stories of Italy, Tom Skeehan, Federica Biasi, Zanellato/Bortotto) who have developed their products in collaboration with historic glassworks in Murano.

The exhibitions and installations continue in the galleries and showrooms, studios, boutiques and ateliers of the district.