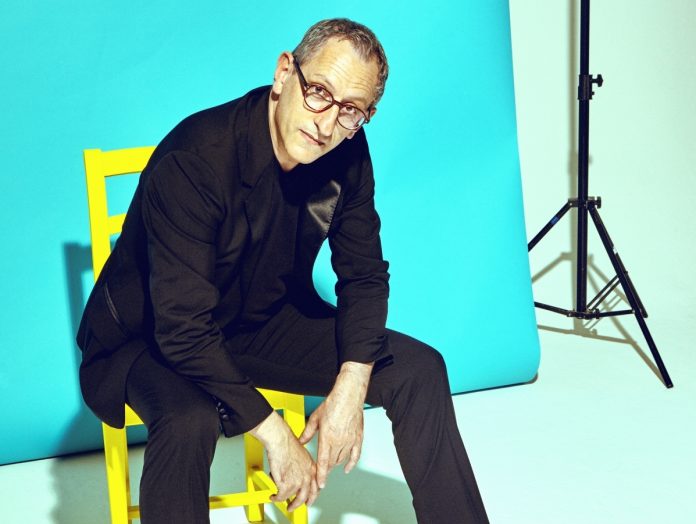 The conversation with Alessandro Luciani starts in the present and journeys into the past, straying far from the beaten track which symbolically departs from the summit of Mount Terminillo, the mountain of his birthplace (Rieti), where, at the age of thirty-five, he decided what he wanted to do when he “grew up”.

A family of shopkeepers (since the early 1900s) with a shop which, with its assortment of products on sale – music and sport – should already have sent some early signal. Luciani grew up surrounded by shelving; he learnt to play the saxophone and joined the town band; he learnt to ski and then, did so competitively, all while competing his technical studies. And to distance himself even further from what his future would turn out to be, he enrolled at ISEF (University for Physical Education Studies) and graduated with a dissertation on a hitherto unbroached and yet again unexpected topic: the psychophysical preparation of astronauts.

The legendary company, Texas Instruments, was just a short distance from his home; he got hold of the discarded material and learnt how to assemble and dismantle it, transforming “waste” into functioning objects. He came into contact with customers and suppliers and was exposed to the world of commerce.

He decided to adapt shop furnishings, designing them to look like the products that they would receive and host: reception and hospitality, two concepts that would mark the future of a… I don’t know what to call him… he’s not an architect and he’s not a designer… rather he’s an inquisitive and ardent observer who analyses and puts his concepts into practice with courage, determination and a natural ease that is the polar opposite of superficiality.

Word started to get around; other shopkeepers became interested and work began to arrive. End of story.
The story could indeed end at this point. From here on in, only important, but well-known events: the call by Pirelli, Huawei, BnP Paribas Arval, U-Boat and Lenovo, to name but a few, picking up over twenty international awards along the way for his ability to do retail which, boiled down into simple terms, means stirring emotions of course, but also and above all, helping to sell.
“Waiting rooms” were banished to be replaced by reception areas; the world of hospitality is part and parcel of who Alessandro Luciani is.

The Global Popai Award won in 2014 (the first Italian to do so), after winning the Italian edition, stands out among the many awards received.

If you want to sum up Alessandro Luciani’s path, just take a look at his curriculum; not his professional one, but the one tracing his life, because becoming a successful designer without following a traditional academic path is a message for humanity, one that breaks the mould. It is a signal for the new generations: it can be done.

The routes mapped out by people’s lives are rarely creative and unconventional but when they are, as Antonio Vivaldi would say, they come together in an irresistible harmony. Alessandro Luciani, a musician of spaces.

Four aces up his sleeve