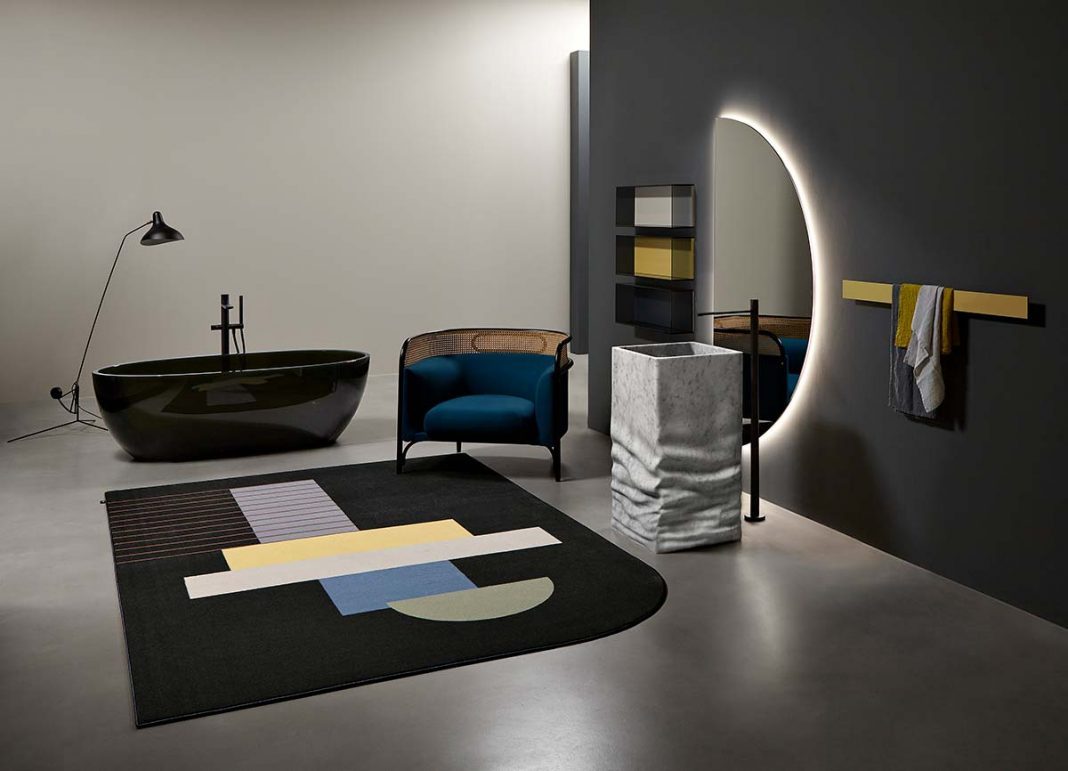 In 1517 Michelangelo Buonarroti discovered the exceptional qualities of marble of Monte Altissimo, a peak in the Apuan Alps, “with tight, uniform grain, crystalline, like sugar.” He intended to use it to make the façade of the church of San Lorenzo in Florence, a project that unfortunately was never carried out. Half a millennium later, those quarries still yield a material that conveys the same sensation, with the same amazing properties.

From those same quarries, antoniolupi takes the material for its creations, works of art and interior design, which take their cue from the Renaissance artist not only in terms of painstaking selection of the stone, but also in its expressive workmanship. The ability to transmit emotions, to generate visual and tactile impressions, freeing the spirit of the product from the block of marble. The particular bond of the Florentine company with these cultural and territorial roots has led to the creation of a wide, heterogeneous range of products for the bathroom, in which marble and its potential to assume forms take on distinctive stylistic flair.

The Solidea bathtub designed by Carlo Colombo, for example, is a striking, sculptural piece: it starts with a rectangular base with rounded corners; the walls progressively shift into the oval border, making the material seem to resemble an elastic sheet.

The pair of washbasins by Paolo Ulian, Introverso and Controverso, interpret the most sophisticated art of sculpture in a contemporary décor dimension: manual skills and technology join forces to shape monoliths of white Carrara marble. In Introverso, the material is lightened by a series of cuts whose game of full and empty zones offers a glimpse of a sinuous core, which can be left concealed or brought to the fore, breaking the borders of the blades. The same type of milling sets the geometric rhythm of Controverso, excavating the material to replicate the force of water, producing a form by means of subtraction. 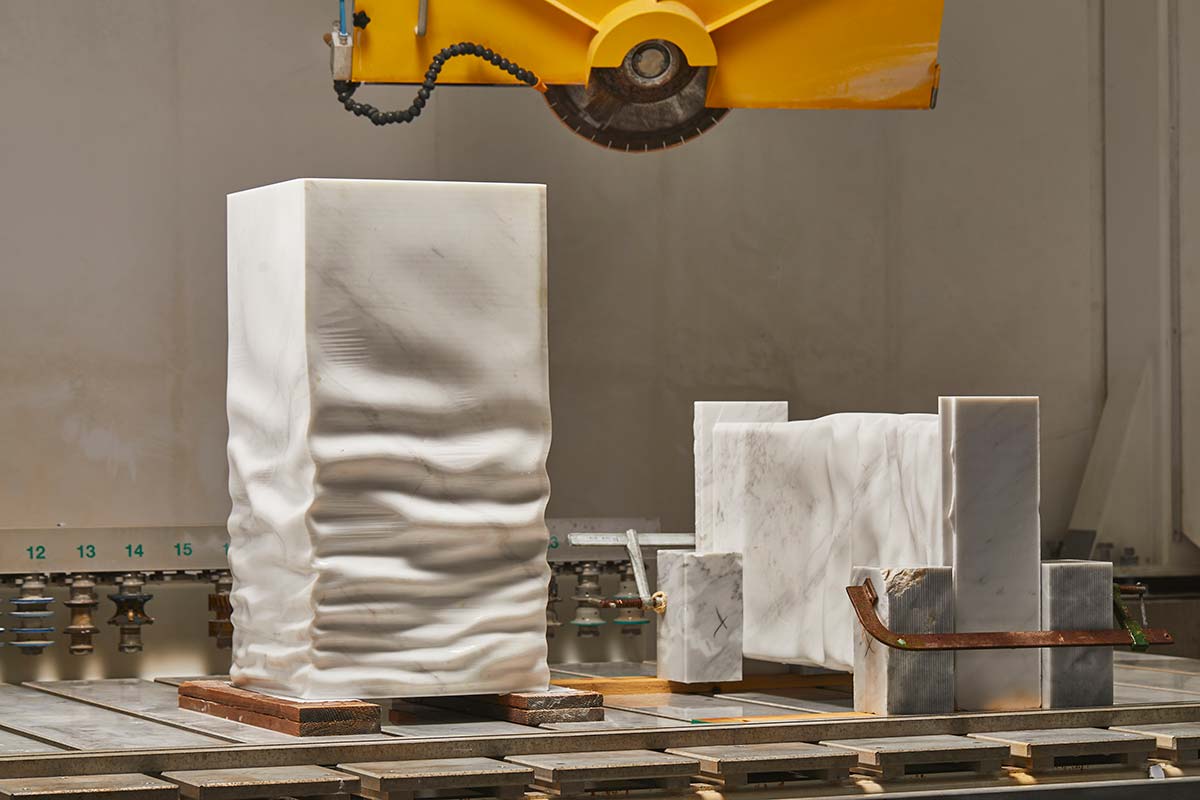 The dualism of craftsmanship and design innovation – which for antoniolupi is a necessary premise for its identity, as also happens in the creations made with Cristalmood – also accompanies the proposal by Calvi Brambilla, Ossimoro: a washstand defined by its creators as “a paradigm of tension, which in this case gives rise to the form of a washstand-sculpture in white marble that crystallizes the dynamism of water.” The final effect is already revealed in the product’s name (oxymoron): a contradiction, an almost surreal opposition between tactile and visual effects, solidity of the material and its apparent readiness to dissolve. 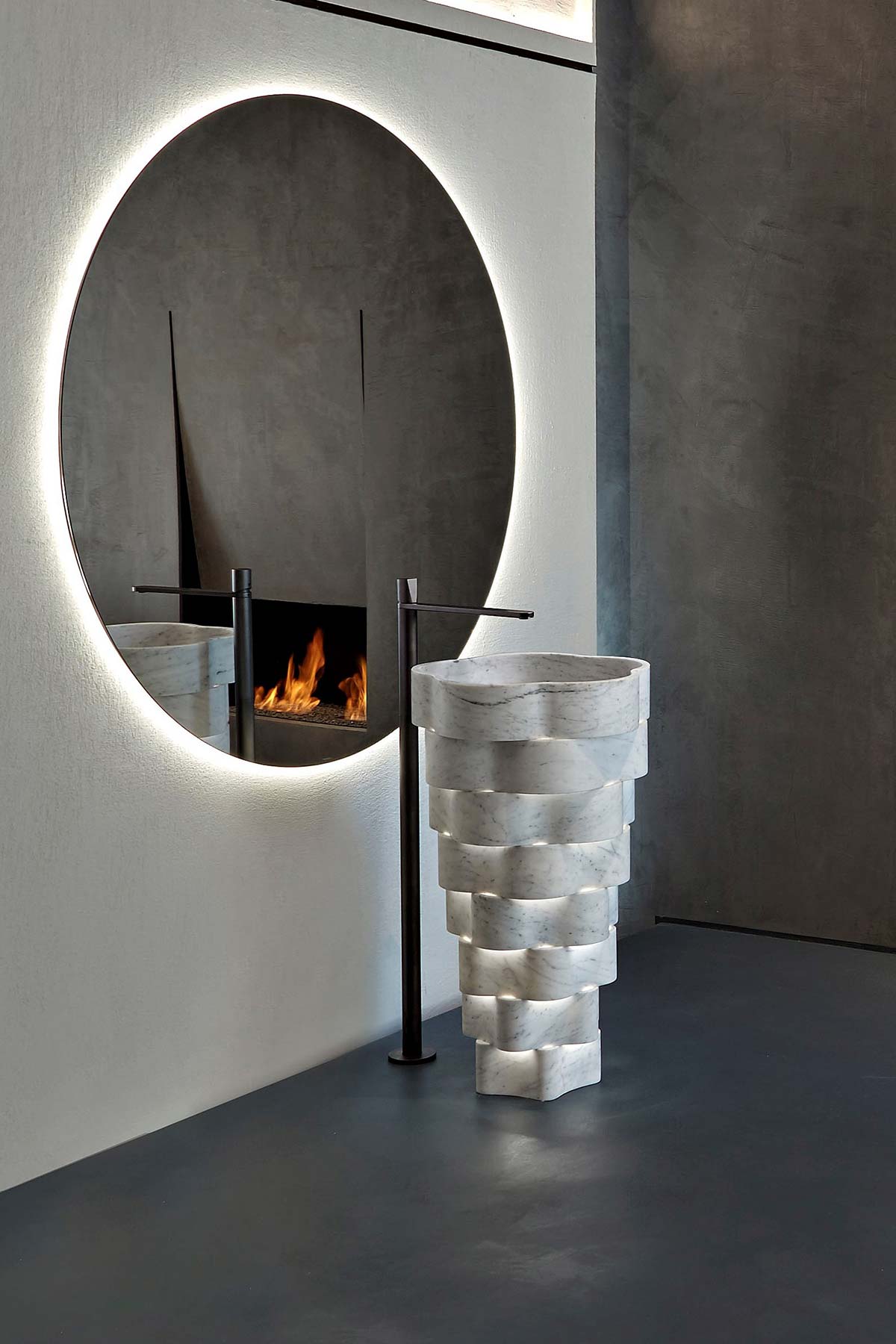 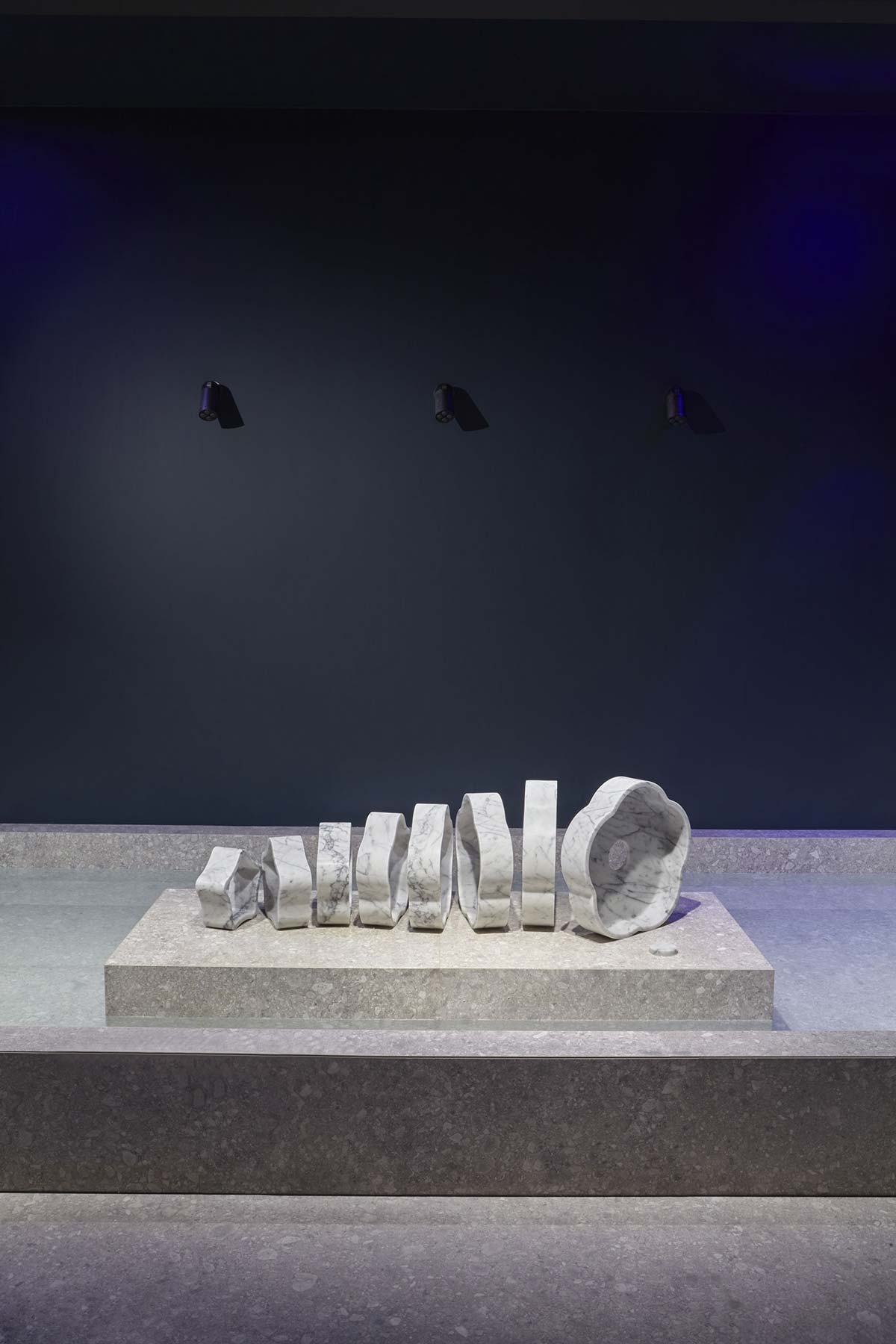 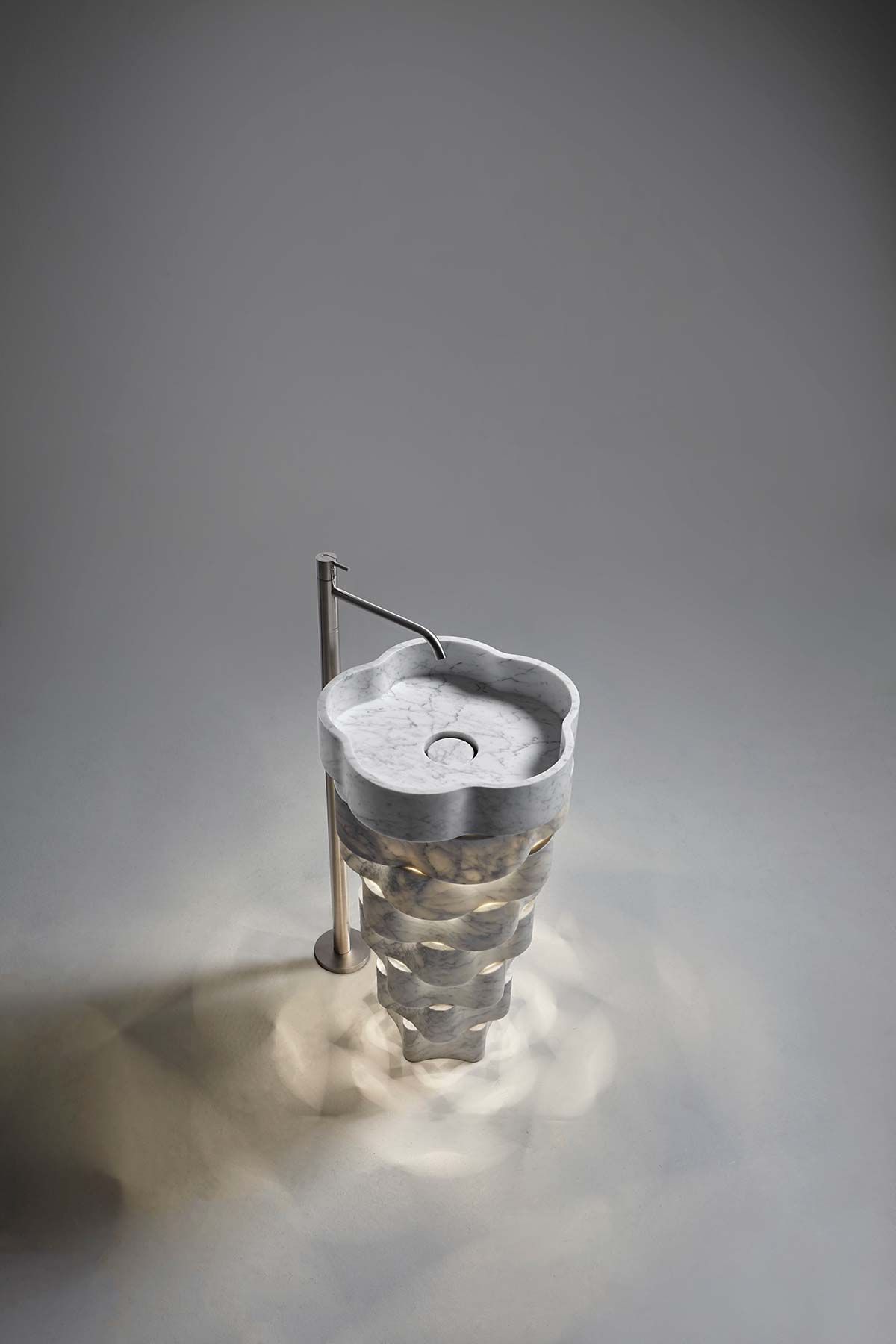 To explore the theme of material, investigating the complex dialogue between static and dynamic, solidity and lightness, reality and appearance, the company has called on Paolo Ulian, who deploys these concepts in two new washbasins: Intreccio – in superlight marble, just 55 kg, taken from a block of just 11 cm in which the cuts are optimized to obtain concentric rings, generating a three-dimensional volume – and Vortice – the freestanding washbasin that extends in height thanks to a rotating movement of 16 concentric rings, overlaid in a staggered arrangement. 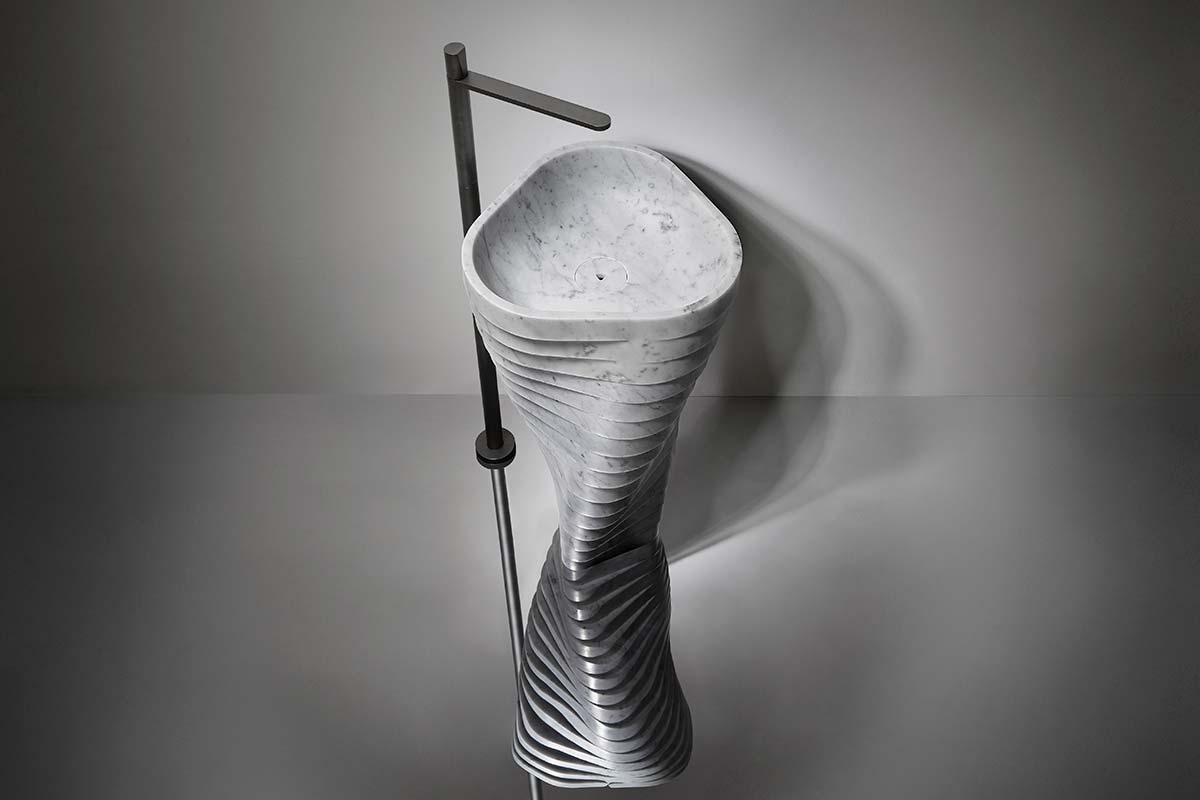 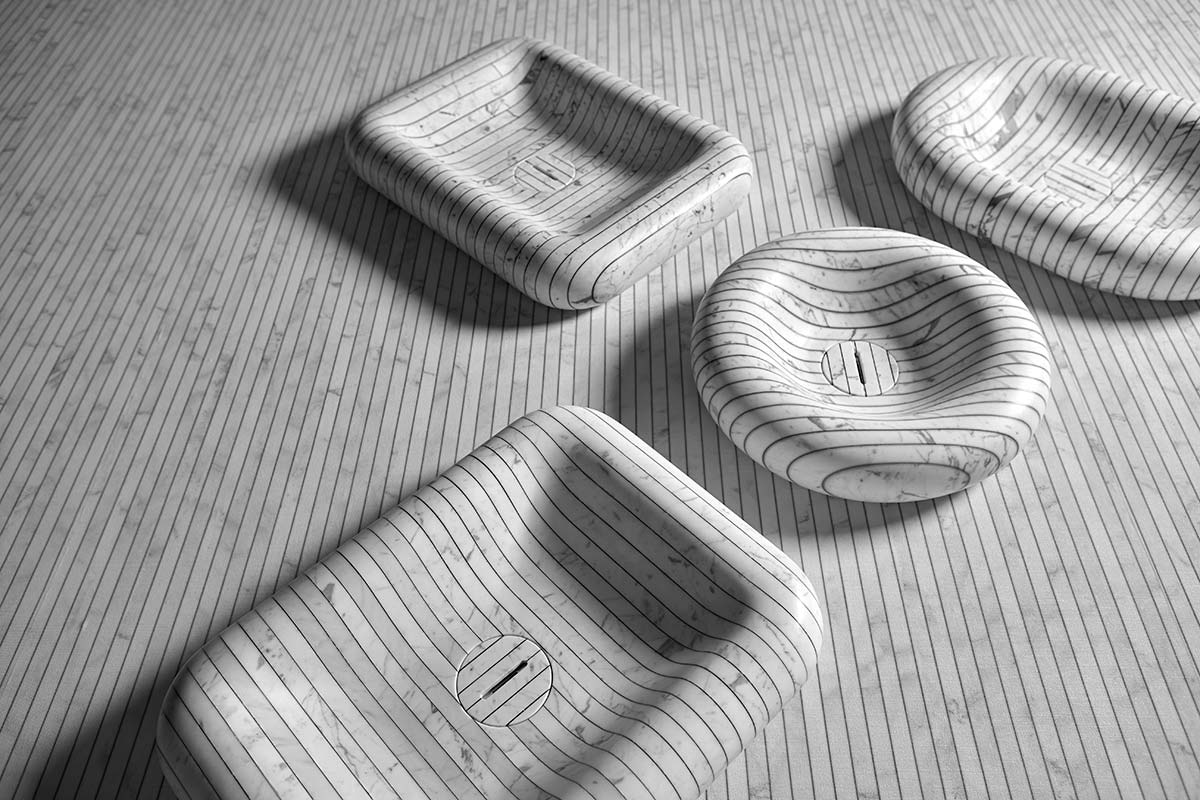 Alongside the expressive force emanated by both products thanks to games of light and shadow and compositional geometry, this pair of washbasins (in which technology leads to remarkable savings on material) has paved the way for perceptive reasoning regarding the sustainable use of marble. This thinking meets with its highest expression in the latest offerings of antoniolupi, such as Gessati, Rigati and 024, marble washbasins that all make use only of salvaged materials.

Belonging to the larger Tra Le Righe collection created by Gumdesign, these products also share a stylistic approach of linearity, developed in horizontal or vertical dynamics, through the dualism of black and white, initiating a new pathway of design and style for antoniolupi. 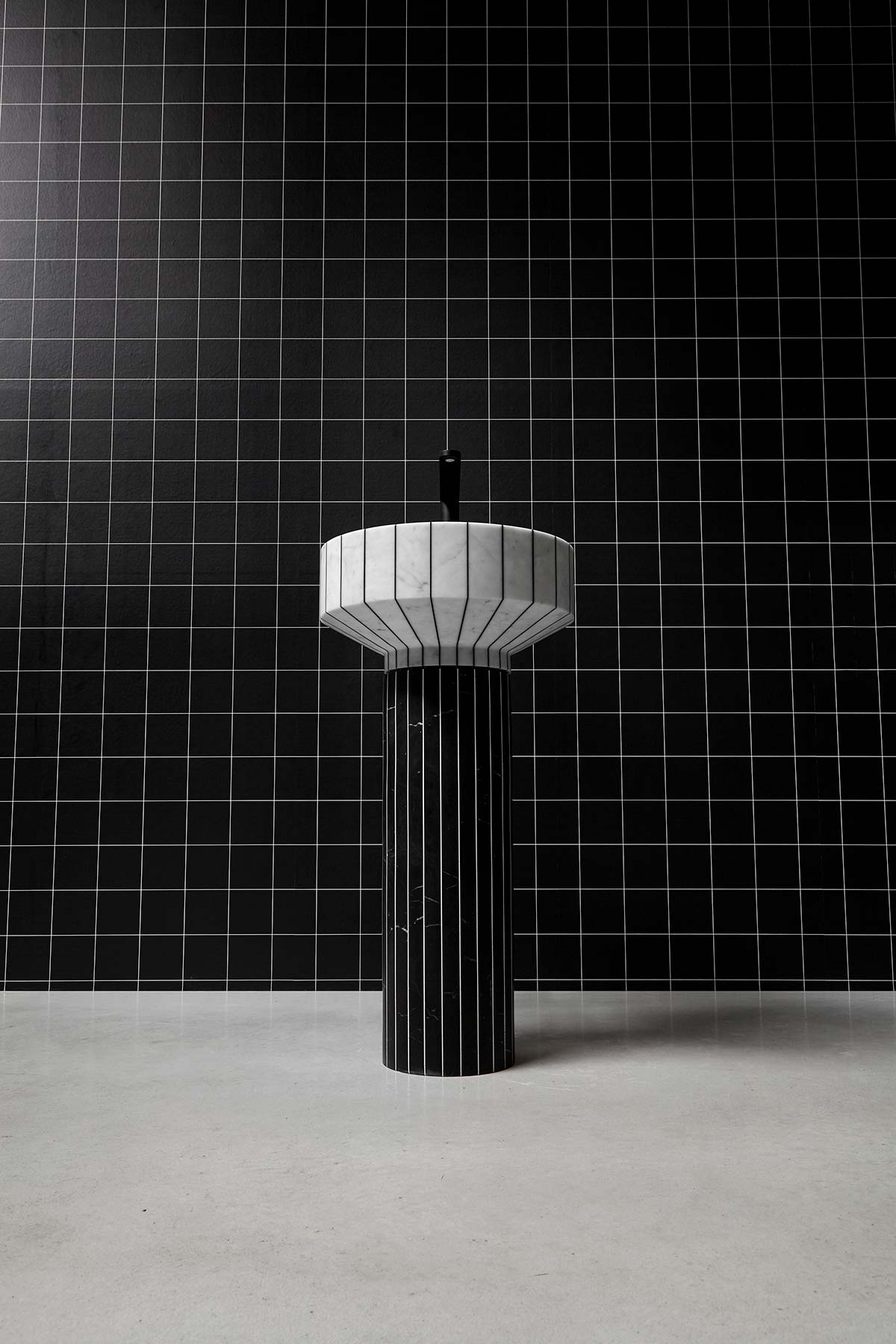 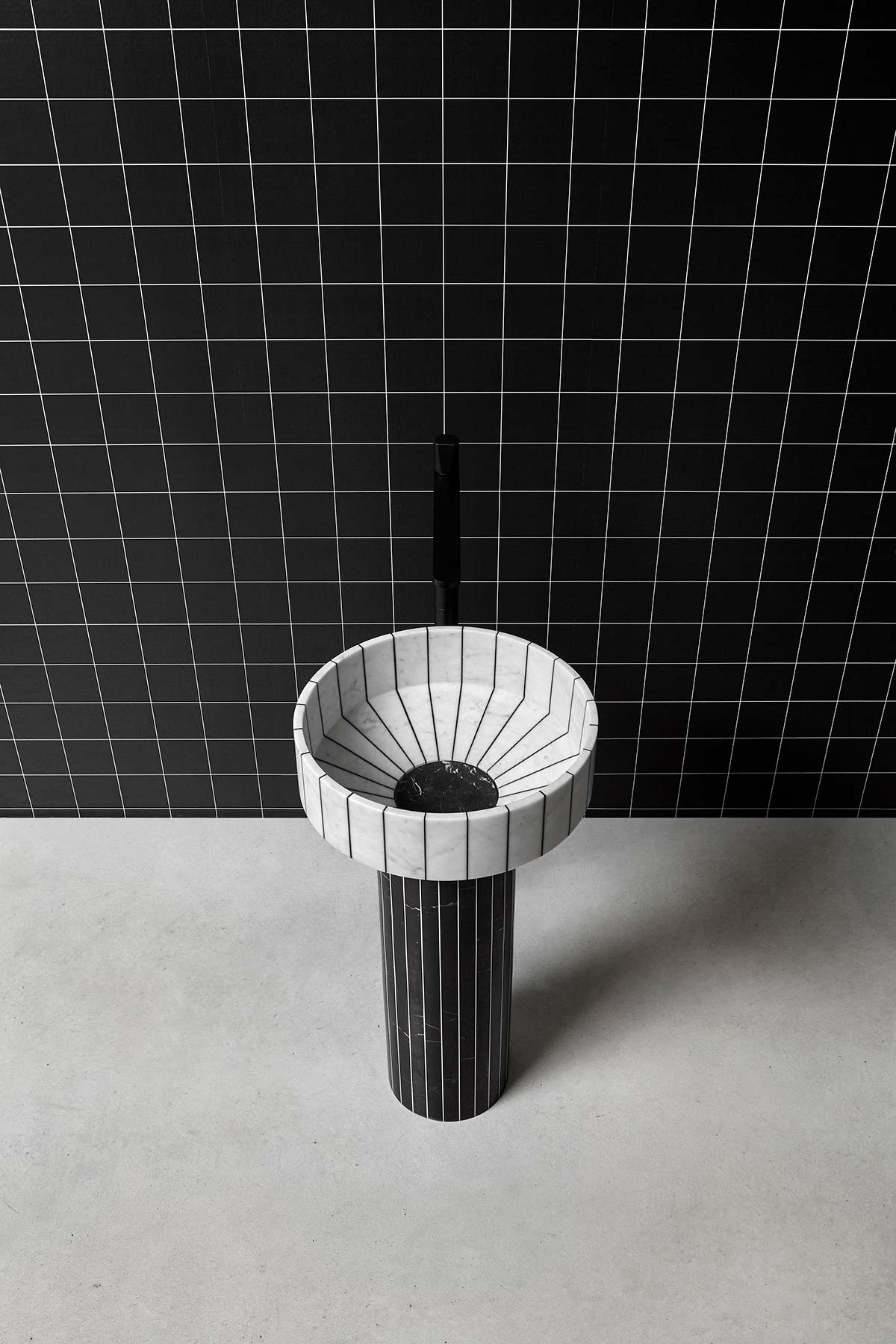 Koyori: the pleasure of sitting

Giorgetti and the new digital broadcast