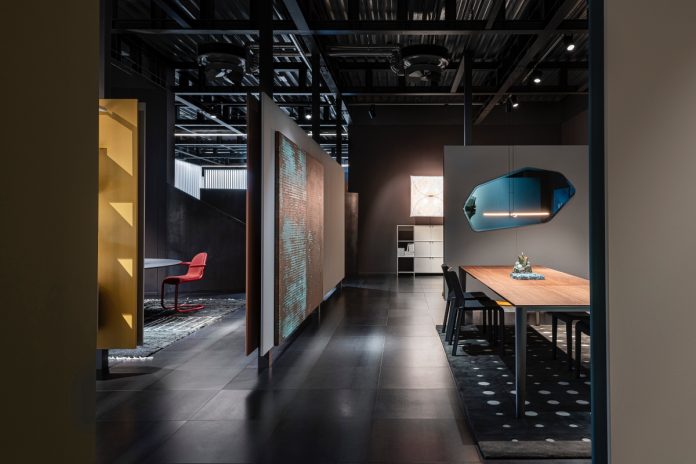 Mirko Orsenigo and Gianpaolo Nespoli, owners of the historic Brianza-based brand, send a strong signal to the sector: Desalto exists, and its ambitions are exceptional. 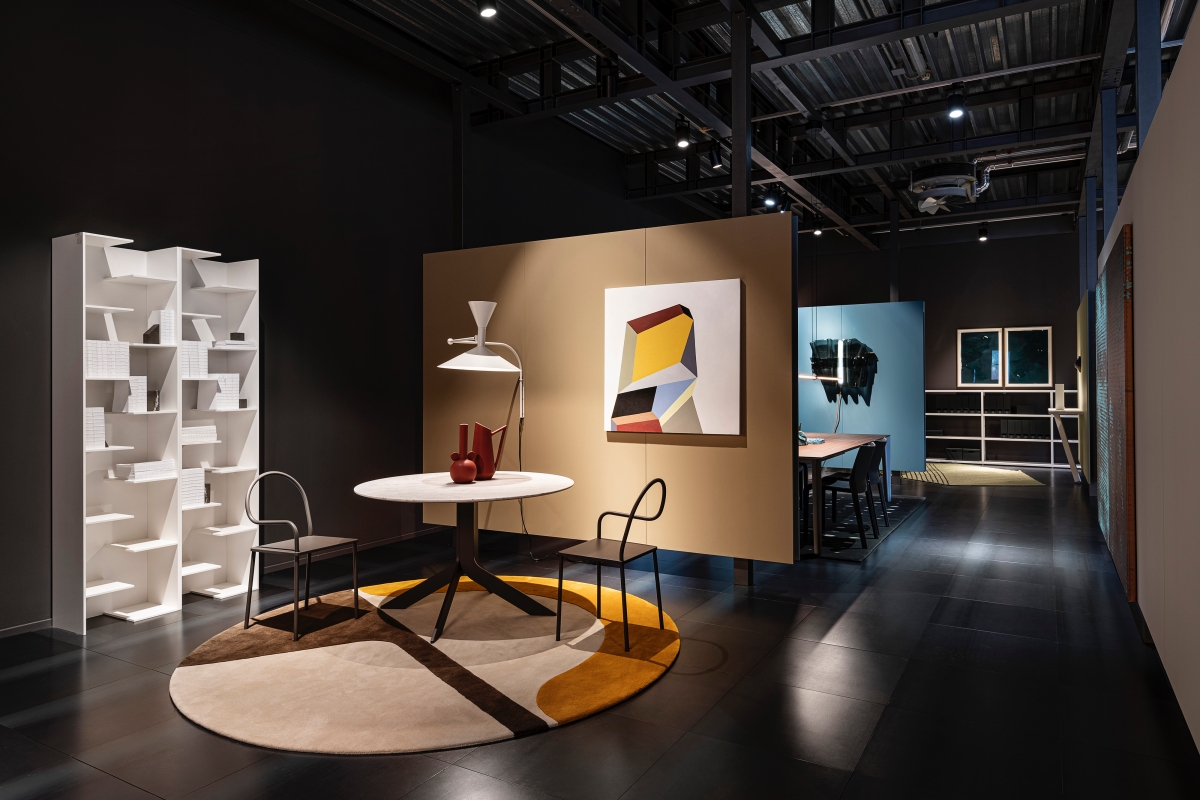 With the support of Alessandro Bonan, a face known to sports fans who watch Sky, and with design in the family (Michele, the well-known architect, is his brother), the programs of the company were presented in the renovated corporate showroom. 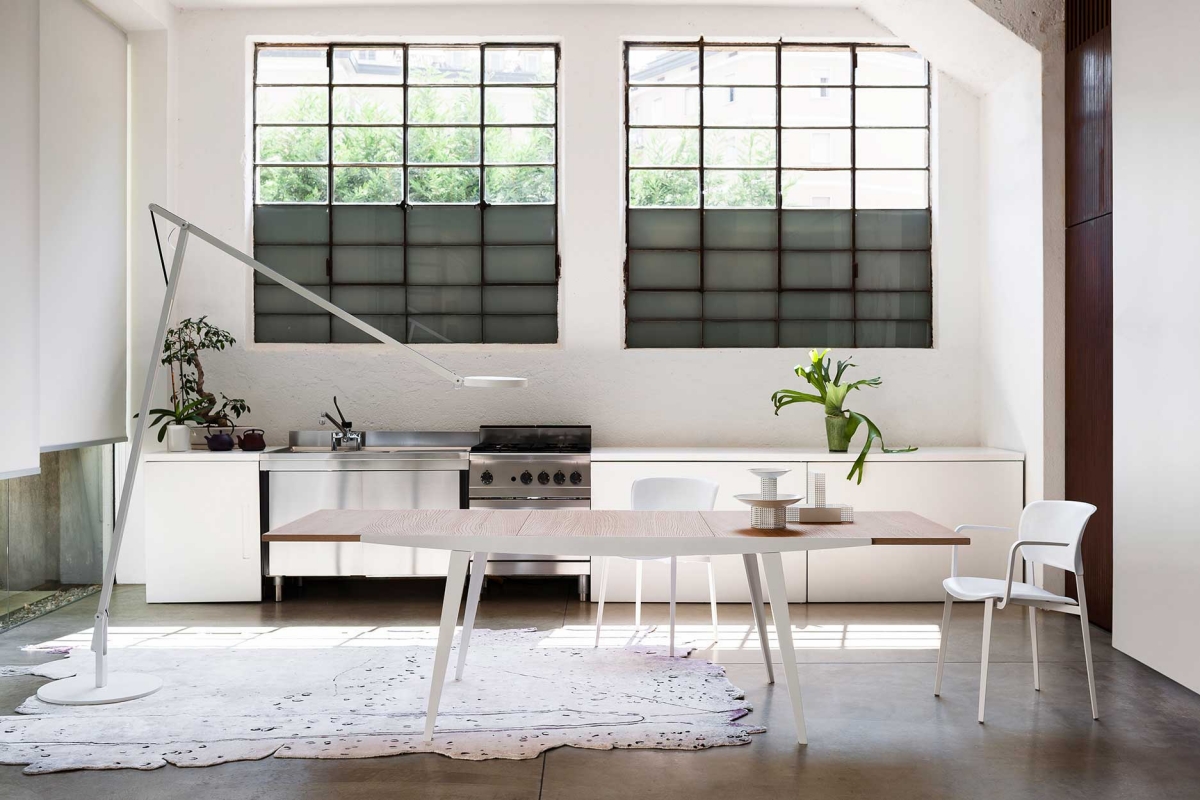 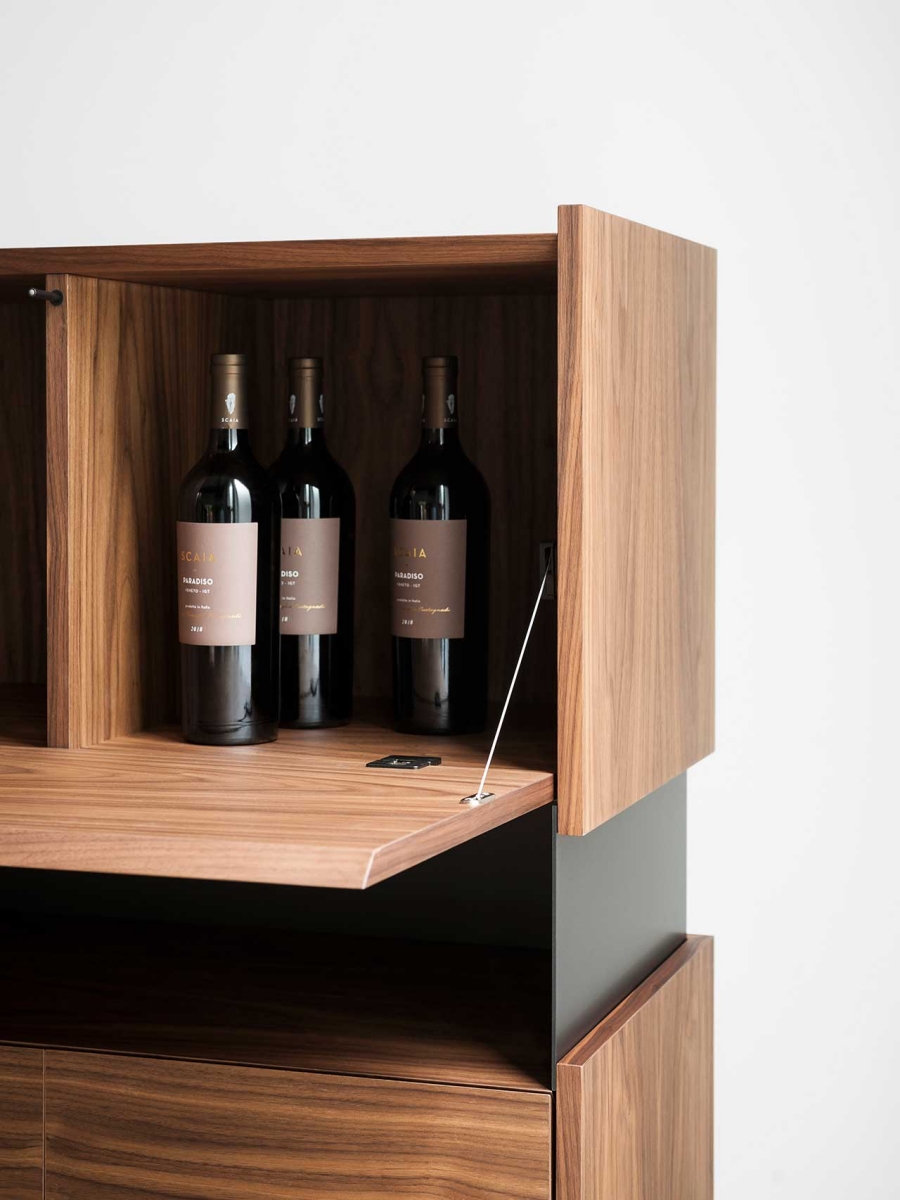 The maître à penser could only be Gordon Guillaumier, art director of Desalto since 2017 (and a designer for the firm since 2007), who narrated his own new creations (the Fourmore table is the summary of the Desalto spirit, a mixture of rigorous forms and perfect function) while presenting two new collaborations, with Giacomo Moor and Giacomo Poletti, rising talents that have met a challenge where the stakes are high, formulating products in total harmony with the history and future of Desalto. 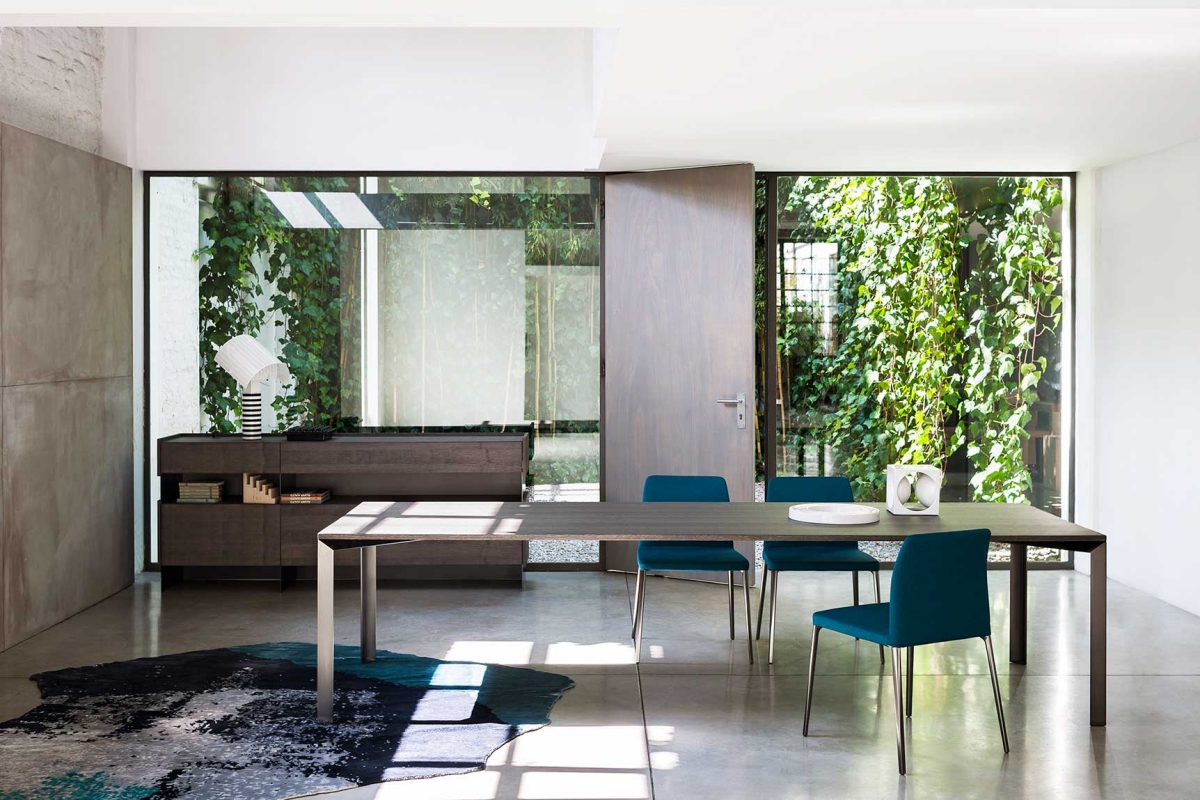 Stac is the modular storage system Moor has designed in full respect for lightness and technical performance, while Giacomo Poletti has created the L45 family of tables, whose geometry and balance have put the engineering prowess of Desalto to the test.

The new guise of the Desalto showroom welcomes new products and other that have made the brand’s history, taking a step forward in the area of design: the Room of the Young Collector is an idea of Guillaumier’s in which the areas of the home conceived in the Desalto manner are joined by the striking presence of art: all the spaces feature works selected by the well-known gallerist Chiara Rusconi, who remarks: “The dialogue between design and art is always possible, each in its own place, without rivalry, in pursuit of a harmonious encounter between dissonant elements and possible fertile short circuits.” 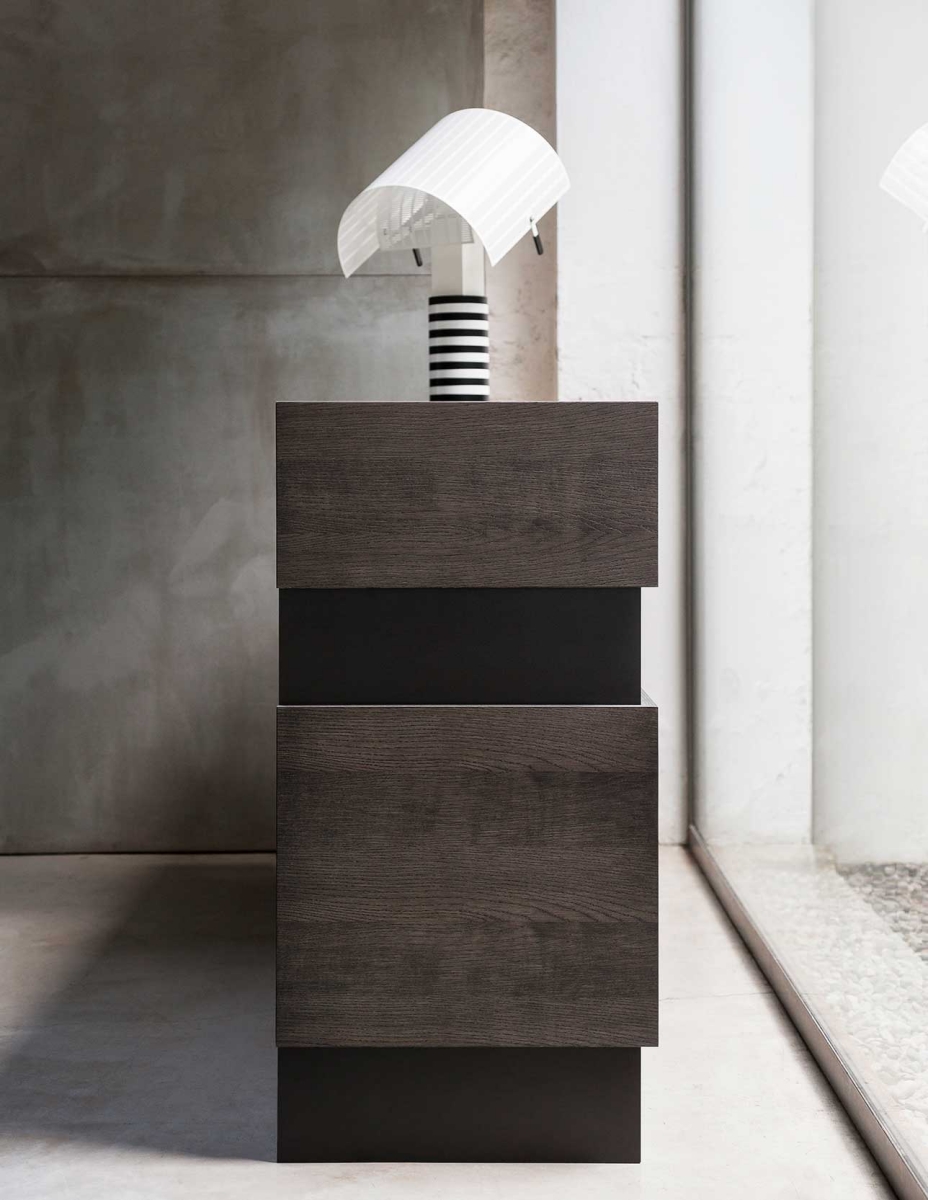 The product developments and new collaborations are sustained by new entries in the team: Paolo Pantaloni is the new Worldwide Sales Director, and a new CFO is already on board. 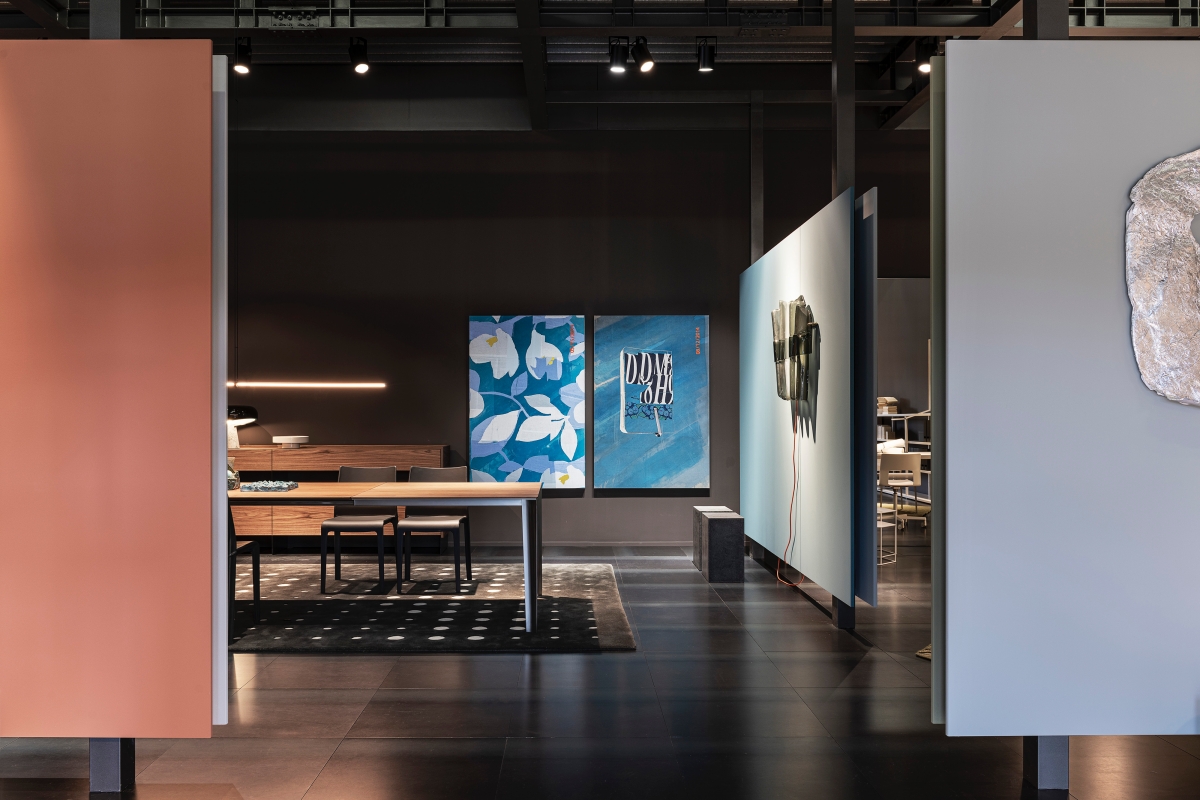 The commercial objectives are clear and explicitly stated: to reinforce Europe (the main market) and to open up new channels in Asia. All with a concrete objective: +15% in 5 years.

The kaleidoscopic energy of Disco Gufram

Paras Cafè, or the Mediterranean according to The Swimming Pool