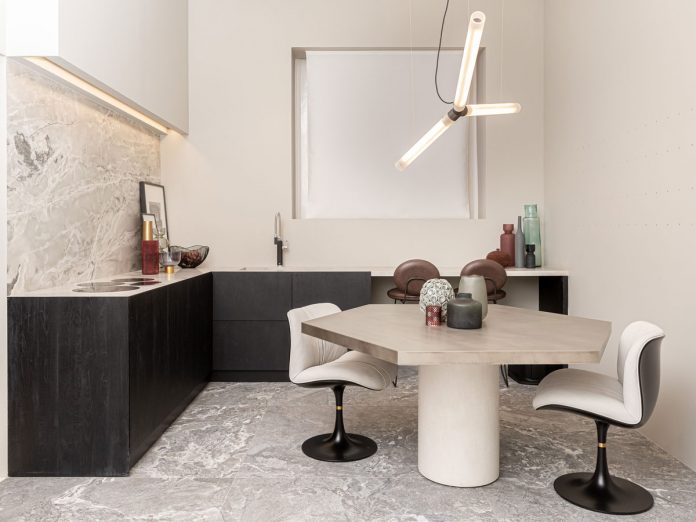 Florim continues its path of expansion: the group based in Fiorano Modenese specialized in ceramic surfaces has recently opened a new flagship store in London, in the Clerkenwell district, as another point of sale, joining those already in operation in Milan, Moscow, New York, Singapore and Frankfurt.

The new flagship store is inside the historic Old Sessions House, a former courthouse from the 18th century at number 4 Farringdon Lane, in a neighborhood where factories and industrial warehouses have been converted into showrooms and design studios. The vaulted ceilings and brick arches form a backdrop for the products of the Florim brands (Floor Gres, Rex, Cedit, Casa dolce casa – Casamood, Cerim, Florim Stone), displayed in domestic settings to narrate their versatility and infinite applications.

“In a moment of general market uncertainty – says Claudio Lucchese, President of Florim S.p.A. Società Benefit – our company continues to invest in the opening of new spaces that allow us to act as a direct player in the strategic centers of design. We want to be in touch with the major design firms and to promote our products Made in Florim, as well as the use of large ceramic slabs for traditional contexts and new real estate. The recent openings in Singapore, Frankfurt and London will soon be followed by another in Abu Dhabi, again a nerve center of international design.”

Architecture that brings together business, residential and landscape

NYers stronger than ever

Paolo Castelli grows in the Orient